Armadillos are easy to identify due to their strong protective shells and pointed heads.

They are fascinating animals – but sadly, some of the species are on the endangered list.

Read on for some fun facts about armadillos and why they are certainly worth protecting!

1. A sweet name for a strong critter!

The name ‘armadillo’ comes from Spanish and means ‘little armored one’. These four legged mammals are not always small, but they do all have a striking, easily recognizable and cute appearance!

2. Can you keep armadillos as pets?

Armadillos may look cute, but they aren’t popular pets. They really belong in the wild where they can roam freely. If captive, they dig deep holes and rip up the landscape. They are smart and curious, so it’s considered cruel to confine them.

When facing predators, some armadillos have been known to curl up into a ball. They position their tough shell on the outside to protect themselves. More frequently though, they run away! Some can reach a speed up to 30 miles per hour! 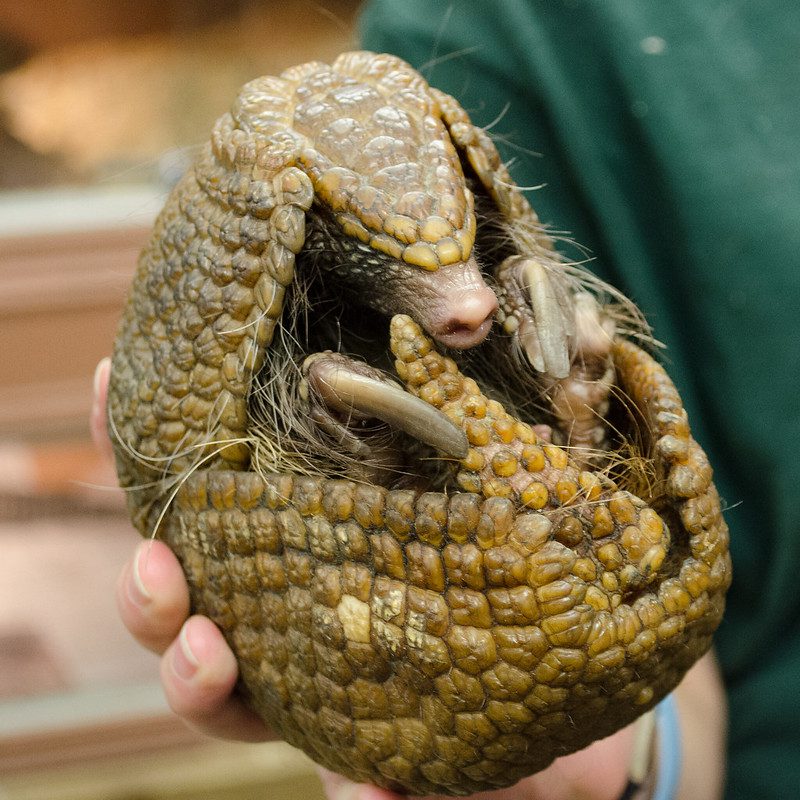 Athletic Armadillos can also jump up to 5 feet! Undoubtedly, this takes some predators by surprise!

5. They’re not known for their eyesight.

Of all their senses, the Armadillo’s eyes are the least effective. They have notoriously poor eyesight from the striking black eyes either side of their heads. Armadillos do have acute hearing and an excellent sense of smell, however.

They hear advancing predators long before seeing them. They can also sniff the ground to successfully find food.

Armadillos find much of their foot by foraging at night. They love fruits such as pears and apricots, as well as bananas. They sniff out earthworms, insects and other small invertebrates to dine on.

7. They are true meat eaters!

Although Armadillos are omnivores, a whopping 90% of their diet is made up of meat or larvae!

8. You’re unlikely to find armadillo mess out in the open.

Armadillos bury their poop. It could be a tidy habit, but it’s more likely so that predators can’t track them!

Some armadillos sleep for up to 18 hours per day! Their tough exterior means that if predators creep up whilst they are sleeping, they still have some protection. 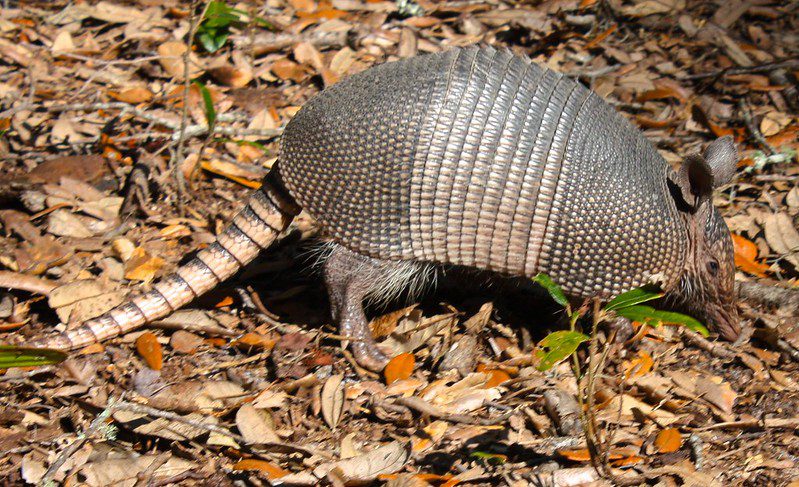 10. Many armadillos are under threat.

The main predators of armadillos are humans, bears, coyotes, dogs, cougars and feral pigs. In parts of America and in Mexico, armadillo is on the menu in homes and restaurants.

Armadillos can become expert swimmers and don’t often shy away from water. They have developed the knack of gulping large quantities of air. This counter balances their heavy coat and gives them more buoyancy.

Through controlled breathing, these versatile creatures can even walk along the bottom of streams and some rivers for up to eight minutes! As a source of food, bathing or even escape, this is a valuable tactic. It also means they can cross from one side of a stretch of flowing water to the other when no other means are possible.

Armadillos have the unique feature of always producing quadruplets! Studies show that when one egg is fertilized, it is immediately divided into four equal parts. This process is known as delayed implantation.

The gestation period for armadillos is around 122 days. Pups are born live – contrary to some popular belief, armadillos do not lay eggs. 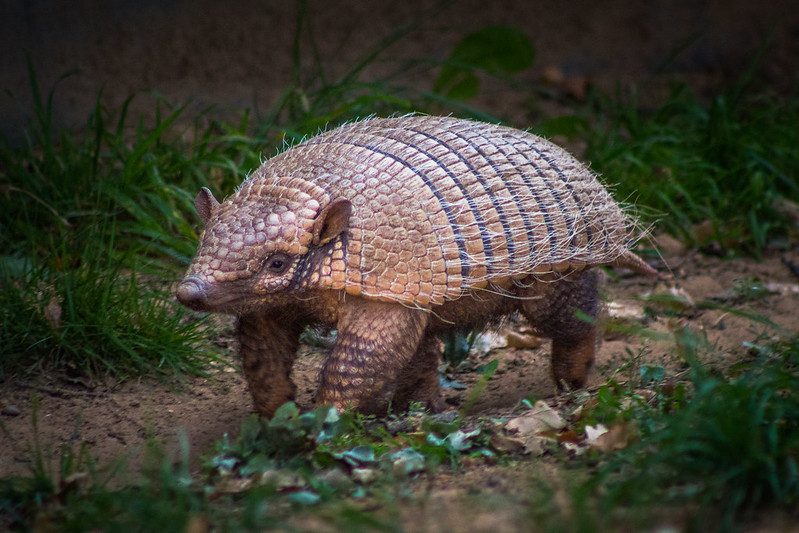 13. They are prehistoric marvels!

Researchers have discovered that armadillos are related to glyptodons. These were large armored mammals which became extinct at the end of the last ice age. It’s stated they were roughly the same size as a Volkswagen car!

Nowadays, armadillos are sometimes referred to as ‘living dinosaurs’. There are several species of different sizes.

Ranging from the giant armadillo at a length of up to 59 inches or 150 centimeters, it carries a weight of up to 119 pounds or 54 kilos. Its small cousin, known as the pink fairy armadillo, reaches a length of only five or six inches, equivalent to 13 to 15 centimeters! 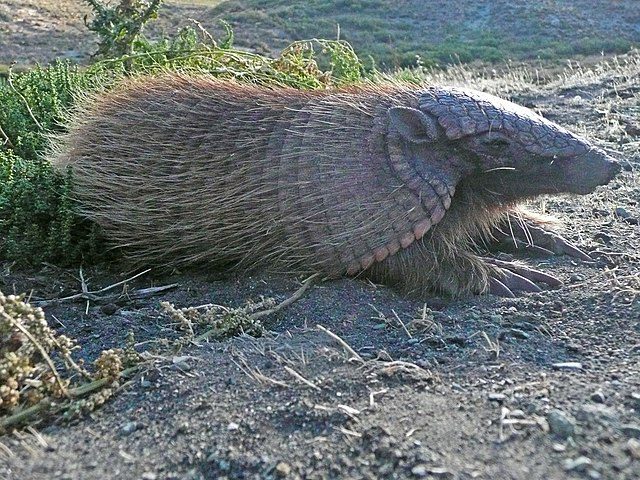 What are armadillo babies called?

Oddly, they have something common with our canine friends - armadillo babies are called ‘pups’.

What is a group of Armadillos called?

A group of armadillos is known as a ‘roll’. Pretty fitting given their propensity to shape into balls!

What is the shell of an armadillo composed of?

Armadillo shell is composed of material known as ‘osteoderms’. It is formed of plate-like bony structures growing in their skin.

Do you know any interesting facts about armadillos? Share them in the comments below!