Like to know a little more about some of the planet’s most curious capitals? Take a look at these fun facts about Astana!

1. Where on Earth is Astana?

Astana is the capital city of Kazakhstan.

2. It rolls off the tongue.

Wondering how to say the name of this vibrant city? It’s pronounced As-tah-nuh. 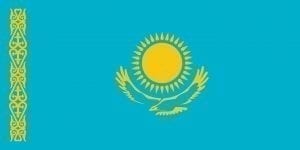 Astana’s population was 1.002 million in 2017…that’s less than 1/3 of the population of Birmingham, England! It has a population density of around 3,656 residents per square mile.

7. Grab these details and fly.

Make sure you visit Khan Shatyr if you’re in Astana; dubbed ‘the world’s largest tent’, it’s a huge shopping mall complete with restaurants, cinemas and even a jogging track!

9. A long road to becoming capital.

Although building in Astana started back in 1830, it didn’t become Kazakhstan’s capital until 1997! 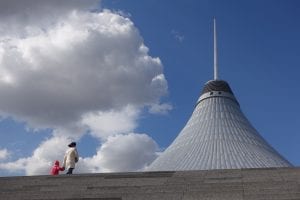 10. What do people speak here?

The official languages of Astana are Kazakh and Russian.

11. Get that cash exchanged!

Kazakhstan welcomed 4,926,000 tourists into the country in 2013, many of whom visited Astana for its thriving modern culture, traditional delights and iconic buildings (such as the ‘Chupa Chups’ fountain, the government building known as the ‘Lighter’, a circus building called ‘The Flying Saucer’, two tall gold buildings known as the ‘Buckets’, the ‘Cabbage’ concert hall and Kazakhstan’s National Archive, the ‘Egg’). 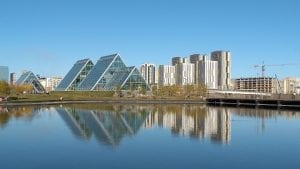 What is Astana known for?

Astana is known for many things, but tourists tend to visit to see its incredible modern buildings and monuments. For example, the Baiterek Tree is considered to be the symbol of Astana.

When is the best time of year to visit Astana?

The best time of the year to visit Astana is usually around June, July, and August. Those are the warmest months, and, as mentioned, it can get pretty cold here!

Do people speak English in Astana?

No, very few people speak English in Astana. However, more and more people are learning the language, and you may find that some of the younger citizens know some English!

Do you know any fun facts about Astana?  Share them in the comments below!

This page was last modified on November 17, 2022. Suggest an edit