Is there any car that outclasses an Aston Martin? Even non-car enthusiasts will recognize the long-running vehicle brand as iconic for being James Bond’s choice of transportation. However, there is certainly more to this luxury motor brand than a few outings on the big screen.

Aston Martins don’t just look spectacular – they are amazing to drive and remain hugely popular after decades of rolling off assembly lines thanks to their timeless esthetic and appeal.

Here are a few fun facts about Aston Martin and its car line which might just surprise you.

Aston Martin’s parent owner has changed multiple times over the years. The Aston Martin you may know from the 1960s, for example, isn’t the same that you know today. Currently, it’s run by David Richards – but it was once under the control of Ford for a time, as well as its founders, Martin and Bamford. The brand has been a part of the international motoring landscape since the early 1910s.

James Bond fans will know the Aston Martin DB5 to be 007’s iconic, luxury ride. It’s this car that made its first appearance in the classic movie Goldfinger back in 1964. However, the actual car used for the movie went missing in 1997 – it was worth $250,000 at auction in the mid-80s, and it hasn’t been seen for more than 20 years following a theft. Whoever stole the classic car has made away with it for more than two decades. 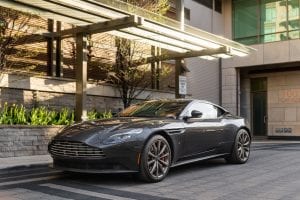 What might surprise you is that the Aston Martin DB5 has only appeared in a fraction of Bond movies. As mentioned, it debuted in Goldfinger, but Bond has only driven the classic car 12 times. Bond most recently drove an Aston Martin – the newly released DB9 GT Bond Edition – released specifically to coincide with the 2015 movie SPECTRE. Who’s to say if the super spy will get behind the wheel again for a future instalment?

Aston Martin was also known as a motorsports giant for a time, back in the 1920s – when, thanks to the backing of Count Louis Zebrowski, the company was able to launch vehicles for racing in popular events such as Le Mans and several European Grand Prix. However, Count Zebrowski would tragically die in an Aston Martin racing accident – which would lead the company into bankruptcy, before a revival years down the line.

One of the most striking Aston Martin vehicles was the Lagonda. This sports car trailblazer may have inspired multiple lines of luxury sports vehicles in the decades to follow, but at the time, the striking Lagonda stood alone as a powerful car that could really tear up the tarmac. The Lagonda was so popular, it ran off assembly lines between 1974 and 1990. That’s a 16-year production life for a sports car – not to be sniffed at.

6. There’s a unique way to make these cars

While we talk about the ‘assembly line’ – Aston Martin’s production process is a little different to most car manufacturers. While most car lines have moved on to building vehicles through machine automation, Aston Martin prides itself on a hand-made approach. This means that even the tiniest of their car components are built and assembled by hand. It’s thought to be part of their unique, enduring appeal. 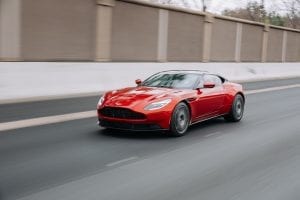 Aston Martins tend to be luxury car choices for many famous people. Well-known members of the Aston club include football legend David Beckham, director Steven Spielberg, and actress Halle Berry (who just so happened to star in a Bond movie, too!).

The Aston Martin logo is an interesting one. Its wings may be subject to scrutiny – some may assume the logo is based on a bird – but it’s actually modeled after a scarab beetle. This ties in with Egyptian legend, which was hugely popular during the 1930s. Specifically, the scarab beetle ties in with Ra, God of the Sun.

While Aston Martin had some motor racing success, they never ‘broke’ Formula One. Their cars were – bizarrely – not good enough for regular grand prix meetings! 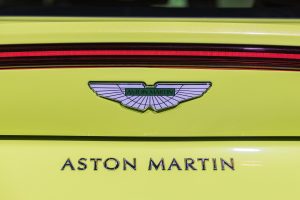 How much do Aston Martins cost?

Many people still swear by the V12 Vanquish or the V600 Le Mans, but the DB11 is still regarded as the all-time great.

What’s the most beautiful Aston Martin?

There are plenty that claim this title! However, the DB2/4 Mark III tends to claim the top spot.

Do you know any fun facts about Aston Martin?  Share them in the comments below!