Ever flown out of Georgia state before? There’s a good chance you’ve seen the inside of Atlanta International Airport, or the AIA, before. It’s responsible for helping to fly millions of people to and from the states every single year – and there’s a fascinating history behind it. Here are some fun facts about Atlanta International Airport that might just prove surprising.

1. There’s more to the name than you might think.

The full name of the AIA is a bit of a tongue-twister. It’s officially called the Hartsfield Jackson International Airport of Atlanta. Now you know why they shortened it!

2. It’s well-known for being crammed with people!

It’s widely regarded as one of the busiest airports on the planet, and was initially called the ‘busiest airport’ all the way back in 1942. Very little changes!

3. International flights only started here from the early 70s.

The AIA first started serving international flights, as it happens, as late as 1971 – even then, they only flew to Mexico and back!

The AIA is responsible for employing more than 60,000 people at the time of writing!

5. You’re normally able to get to AIA pretty easily – inside the US.

The AIA is built in an amazingly accessible location. Oddly enough, it’s thought that up to 80% of people in the USA can get to and from the airport in just two hours. Is it any wonder this central airport is so popular?

It’s a pretty sizeable airport, too, all told. It’s home to 195 different gates – no airport has as many! What’s more, the AIA has five different runways.

7. Its name isn’t necessarily telling us the truth.

Believe it or not, it’s not actually in Atlanta, Georgia. It’s based around seven miles to the south of the state capital – so the name’s a misnomer!

The airport has grown massively over the decades, perhaps no more so than pre WWII, when it’s thought the scope and size of the AIA helped to oversee more than 1,700 flights.

The AIA brought forward the US’ biggest airline terminal in 1961 – it cost $21 million to build and was said to help more than six million passengers. 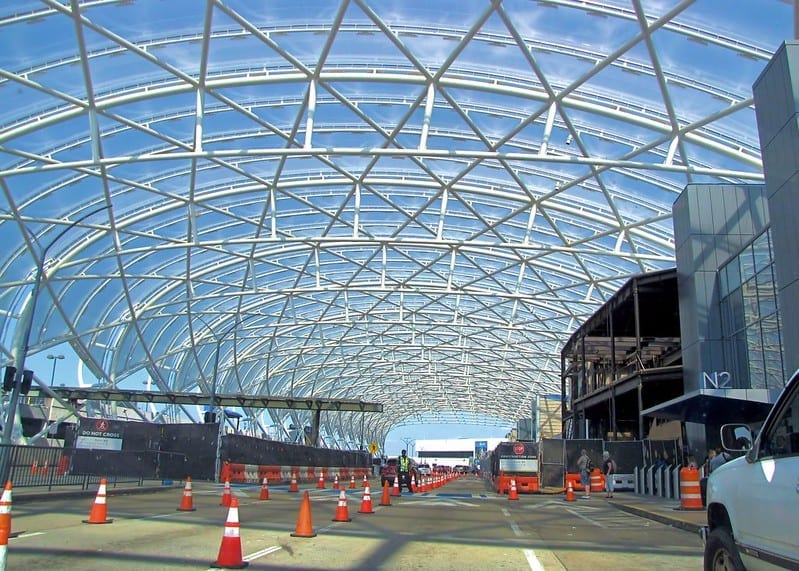 10. It was a popular airport from the get-go.

Millions of people have been using the AIA for a long time. During its very first year of operation, it welcomed more than nine and a half million passengers alone – incredible!

The system known as the Sky Train is used to help people get to and from the convention center, the airport, and car rental spots. It’s extremely useful considering there’s so much distance covered!

12. Just how big is Atlanta Airport?

The AIA is enormous – including its concourses and terminals, the airport covers around 6.8 million square feet!

The AIA prides itself not only on the number of passengers it caters to and not only its size – but also its efficiency. For many years now, it’s been known as the most efficient airport on the planet. 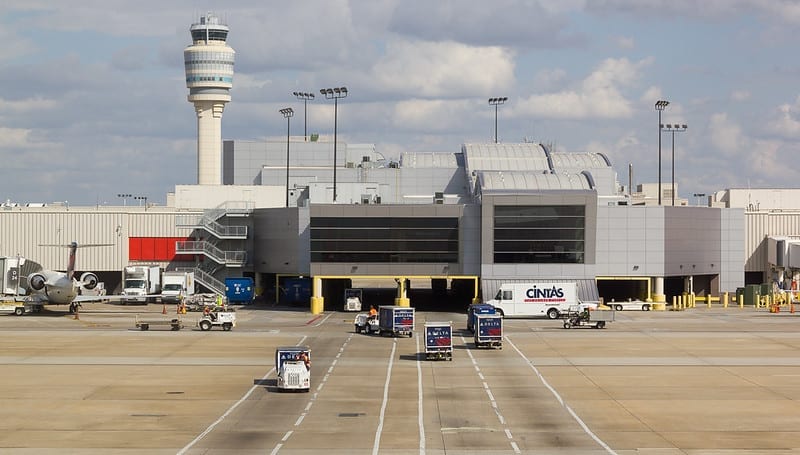 Is Atlanta’s airport the biggest in the USA?

No - it’s smaller than Denver International Airport, which covers an amazing 137 square km.

Why is Atlanta Airport always so busy?

There are a few reasons - it’s home base of the enormously popular Delta Airlines, as well as being the most central airport in the country.

Are there two commercial airports in Atlanta?

No - but plans were considered over several years to develop a second commercial base at Paulding Regional.

Do you know any interesting facts about Atlanta International Airport? Share them in the comments below!