Fall, on the whole, can be a very peaceful time of year. It’s when the weather starts to calm down and get milder from the heat of the summer months.

However, when you live in the upper hemisphere, it is also likely to be a time when the rain starts coming in thick and fast! It’s a pleasant gap between summer and winter and is surprisingly popular as a season. But how much do you actually know about fall? Here are a few fun facts to help clue you in.

On the whole, studies suggest that those people born in the fall are likely to be better students than those born at other times of year.

In the fall – or autumn, as they call it in the UK – an interesting tourist season opens up. In some mainland states such as Vermont, millions of people flock to parkland to see the leaves turn orange and to fall to the ground. It’s not something everyone gets to see so clearly in their own back yards!

It’s easy to see when winter is on its way thanks to the changing color of the leaves. Fall officially arrives when the trees and plants start to shed their leaves in preparation for the colder months. This is because there will be little opportunity for plants to grow during the winter. It is the plant world’s way of hibernating! 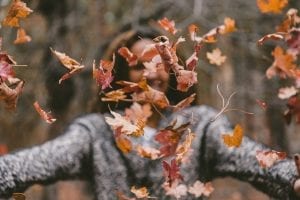 It’s also thought that life expectancy runs concurrent with fall birth dates, too. In fact, those born between September and November are said to be more likely to reach their 100th birthdays than any other.

There’s a key difference in what people call this season across the world. As mentioned, British people tend to call it autumn, while Americans call it fall. It was actually called harvest once upon a time, as a result of changes in the Moon cycle and the late-year equinox.

6. Who paints the leaves?

What actually causes the colors of fall? It’s sugar, believe it or not. It’s thought that the redder the leaf, the more sugar it is holding.

7. Fall is pivotal for wildlife all over the world.

Fall is a critical time of year for migrating animals, particularly birds. For example, birds across North America will largely travel thousands of miles in search of food. There are even birds such as the Arctic Tern which will travel over 40,000 miles in a season to get from the North Pole to the South Pole.

8. It’s a big period for many festivals and celebrations.

Fall is also an important time for many ancient and religious beliefs. For example, many people made offerings to gods to help create bountiful harvests.

There are only two times per year when day and night are the same length. The second of these occurs during the autumnal equinox. 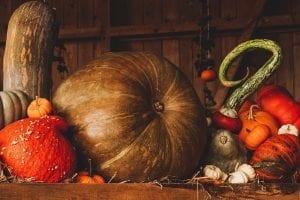 If you’re looking to take in the Northern Lights, or aurora borealis, you are more likely to see the lights in the sky during the fall months. It’s possible to see this amazing phenomenon in the Northern Hemisphere, as far-flung as Norway and Canada.

Why is the autumnal season called fall?

It’s to do with when the leaves ‘fall’ from the trees - nice and simple!

Should the word ‘fall’ be capitalized?

No - as a grammatical rule, you don’t have to capitalize the seasons (and you shouldn’t)!

What happens in fall?

Leaves start falling from the trees, the temperature drops, and animals start their long preparations for hibernation across the winter ahead.

Do you know any fun facts about Fall?  Share them in the comments below!