Avalanches are natural hazards occurring in certain parts of the world during certain weather conditions. They can be triggered by several events and cause damage to property as well as injuries or even death – so it’s always a good idea to try and stay well away! In any case, here are some fun facts about avalanches to enjoy far from the snowdrift.

Avalanches can be caused by several things. Most often they occur when a layer of snow is disturbed and collapses. Disturbances can include strong winds which drive unstable powdery snow to shift onto unstable weaker areas of snow, which give way and fall.

2. Wet or melting snow can even cause avalanches.

The warmth of the sun from a particular angle can create an unstable situation on the snow to arise. A weakened slab of snow can slip and result in an avalanche.

3. Here are some more avalanche triggers to keep aware of.

Extremely heavy snowfall can overload a snow mound and eventually cause it to either slowly slip or suddenly break away. The angles of built up snow affect the speed of snowfall as well as the volume affected, too!

Other triggers include sudden strong sunlight (melting snow which becomes unstable) – skiing activity and even the movement of animals can even cause them, too! 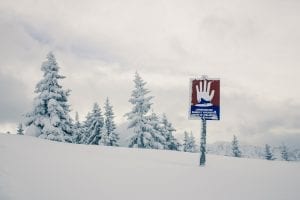 4. Avalanches are fast and dangerous.

Avalanches can travel at speeds up to 200 miles per hour!

5. They are unfathomably heavy.

The weight of snow affected by an avalanche varies. It can be up to millions of tons of snow! Sometimes included in the weight are boulders, structures and even uprooted trees, too.

A slough is the name given to small avalanches caused by loose snow. It’s pronounced ‘sluff’ – ‘sloaw’ refers to a British town spelt the same way!

7. What not to do in an avalanche…

Experienced rescuers say that many people make the mistake of trying to outrun an avalanche. Sometimes panicking, they miss opportunities to reduce the severity of the problem.

For example, it’s recommended people move to the side of an avalanche rather than trying to run ahead of it!

8. Grab onto something and hold tight!

Yes, it can be worth grabbing hold of something sturdy, depending on your circumstances, to outpace an avalanche.

By holding onto something sturdy, you may manage to remain in position after the bulk of snow has fallen away! You may also secure a place where you will find it easier to breathe.

Many people panic when they are caught up in an avalanche. Shortness of breath and the sense of suffocation can be frightening as well as fatal. By trying to direct energy into creating an airway, instead of struggling to move away or frantically fumble for belongings or other people, poking through snow to create room to breathe could save your life – and others’ lives, too! 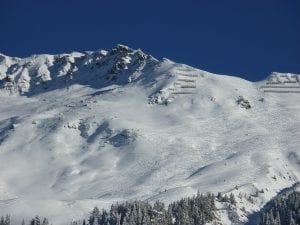 It may seem futile, but holding your arm up during an avalanche may be the best indicator of your position during the action!

If you are wearing colorful clothing, holding an arm up may help observers find you. It may be the only part of you poking through snow for a few crucial minutes!

From slopes, most avalanches occur between angles of 30 to 45 degrees. 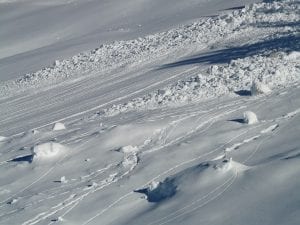 What was the deadliest avalanche in history?

The deadliest avalanche on record occurred in 1910, over in the area of Wellington, Stevens Pass, US. It’s said to have killed at least 96 people.

Can you predict an avalanche?

It’s not easy to forecast avalanches outright, however, it is often easy to spot when there is instability in the snow - meaning you may not realize one is coming until near the last possible minute.

What are some avalanche warning signs?

Skiers and snowboarders may be able to spot cracks in the ice or snow start to emerge if avalanche activity is on the way. What’s more, if you start to hear a clumping noise underfoot when you walk, and if the noise is hollow, then it could be a slough or avalanche is on the way.

Do you know any fun facts about avalanches? Share them in the comments below!