Ever been on vacation to Bali before? There are plenty of reasons why you should make a beeline for these islands! There are also likely to be plenty of things about this island that will surprise you. It’s safe to say this is likely to be a hotspot with lots of history and intrigue worth dipping into.

Here are some fun facts about Bali which are well worth reading up on – whether or not you plan to travel here in the months and years to come!

1. Bali is more than one island.

Believe it or not, Bali as a region is generally a cluster of islands. There is a single island of Bali, but as a province, it makes up a smaller island group, too.

2. The booze out here has a real kick… it can be deadly!

There’s a famous liquor you can buy exclusively made in Bali. However, Arak is actually poisonous if you drink the wrong bottle! Unregulated Arak can cause blindness, so drink cautiously.

Bali is, of course, famous for its white beaches. However, it’s also famous for its volcanoes. This means that there are actually black beaches in Bali, too. This is thanks to the gathering of ash on the sands. 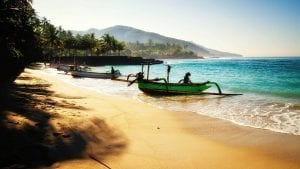 4. The ice you drink in Bali is regulated!

There is an ice quality control service in place in Bali. This means that any ice you drink comes with government approval.

This is largely thanks to the fact that some of the water in Bali – not just the seawater – is undrinkable!

5. The temples in Bali are awe-inspiring.

There are nine different sacred temples on the island of Bali itself. One of these is Pura Goa Lawah. This is said to be a haven for bats!

In fact, it’s thought that a huge, ancient snake lives in the temple and feasts on the bats that live there. It’s a cave temple that is also thought to have healing waters.

Bali tends to be very multi-lingual. English is only generally spoken on the island for tourism purposes! It’s likely most people here will speak Indonesian and Balinese.

Bali is well known for being the capital of massage. There are thought to be more than 1,200 different spa locations across the islands!

Tradition in Bali dictates that a clean plate does not show you are finished eating. Instead, you will need to leave a small amount of food on your plate to establish this.

Bali is well known for smithing gold and silver. So much so, that you can actually visit boutiques on the island which will; custom make jewelry and pieces for you! 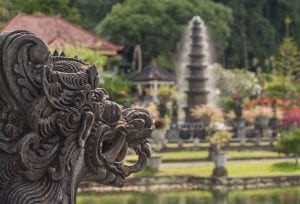 It’s thought that anyone born in Bali must be carried around for the first few months of life. It is tradition to keep babies from touching the ground due to their angelic nature.

Believe it or not, it is considered an occasion for a ceremony when a child touches the floor for the first time.

11. What are Bali’s volcanoes?

There are two colossal volcanoes in Bali that create an imposing backdrop. These are Batur and Gunung Anung. Both have erupted in the past 70 years, meaning that the communities surrounding them are always on high alert.

In fact, Anung last erupted in 1963, resulting in the deaths of 1,500 people. Bali in itself is actually pretty large for an island. It’s around 2,200 square miles in size.

Bali is privy to the Coral Triangle and the Amazon of the Seas. It’s here where you will find more than 2,000 different fish species.

You’ll also find that – hence the name Coral Triangle – there are hundreds of different types of coral here, too. 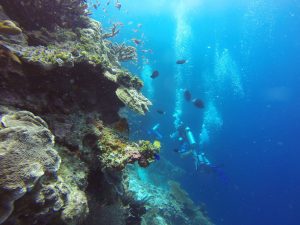 There are tours that will take you up and down the island, but it will take hours on end for you to go from one region to the next.

Bali is also known for its national day of silence. This is marked on Nyepi, which is an important occasion in the Hindu calendar. It’s during this time when even businesses, streets and beaches all close.

15. Evil spirits are protected against.

There are gateway screens across Bali called aling alings. These are said to be in place to help keep out evil spirits and demons. You’ll also find that many people across the island leave out fruit as offerings to ward off evil demons, too. 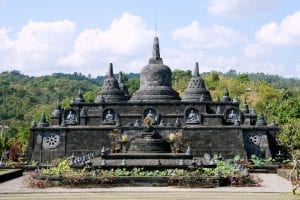 16. Ever heard of tooth filling ceremonies?

The tooth filling ceremony is a time of life that all Balinese people will approach. This is when, at puberty, a resident will embrace the coming of age.

At this ceremony, six ‘human evils’ will be brought into perspective. These are confusion, desire, anger, greed, jealousy and being under the influence.

Much of the population in Bali is Hindu. In fact, up to 84% of people on the island identify under this religion. This makes sense when you see how many temples the island has to offer!

However, there are also Christian and Muslim communities across the island, too. Indonesia, which is of course, close by, is largely Muslim.

David Bowie’s ashes, supposedly, are scattered in Bali. The late musician wished for his remains to scatter as part of a Buddhist ritual on the island. It’s never been confirmed if this took place. 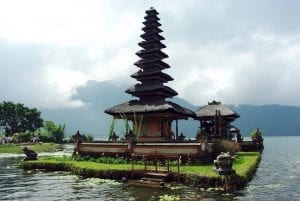 Bali is home to the largest Hindu statue in the world. Garuda Wisnu, which has been part of the island landscape since 2018, is 396 feet tall. It took more than two decades to build!

Believe it or not, the famous rice terraces across Bali are masterful irrigation innovations. They can self-sustain and have been recognized by UNESCO.

Unlike in the UK, there are two main seasons in Bali. These are split into Dry and Wet. The dry season occurs between April and October, while the wet season takes place between October and April.

Many people pay close attention to these seasons for water sports and sailing, for example – as well as diving and exploring the deep! 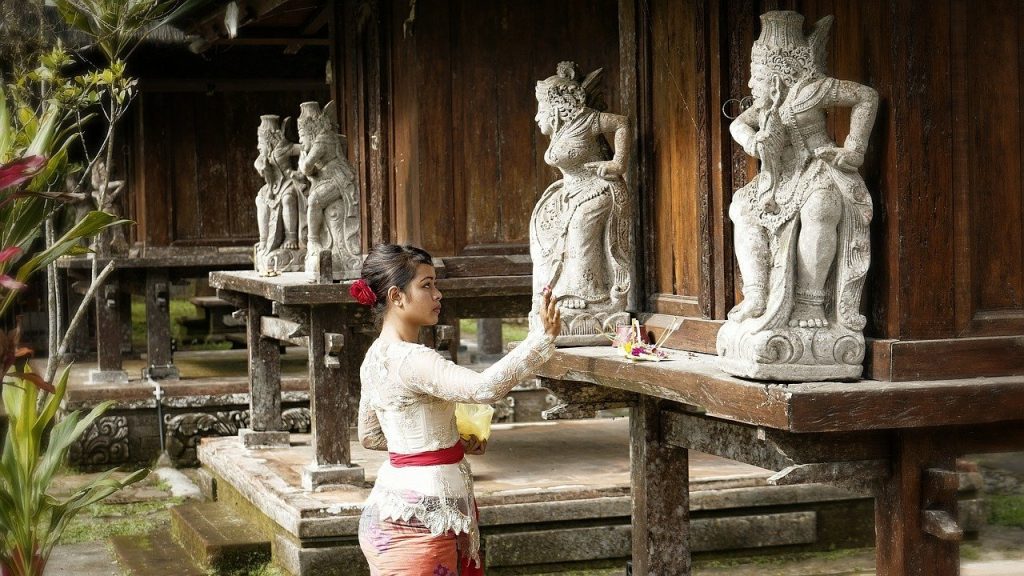 Balinese people only have four names – Wayan, Made, Nyoman, and Ketut. These names are offered depending on which child you are born as. For example, first born children will always be called Wayan.

Is Bali safe to visit on vacation?

Yes! Bali is considered one of the safest countries in the region to visit - therefore, you’re clear to visit.

When is the best time to visit Bali?

The best time to vacation in Bali is around the dry season, which runs from late spring into early fall.

How do I say ‘hello’ in Balinese?

The standard greeting in Balinese is ‘om suastiastu’.

Do you know any fun facts about Bali? Share them in the comments below!

This page was last modified on December 16, 2021. Suggest an edit