Baseball is a game that plenty of countries adopt as their national sport! The US, of course, is perhaps most famous for adopting the game. But just how old is baseball, anyway? What are some of the game’s most interesting records?

Let’s take a look through some of these fun facts about baseball, and get those bases loaded.

The Boston Ballpark, while only small, has hosted the World Series ten times. It only has a capacity of 38,000 people, which is actually pretty small for an American ballpark!

The game may actually date back even further than that. Some historians believe that the game was played a century earlier. Who really knows how long we’ve been chasing bases for? 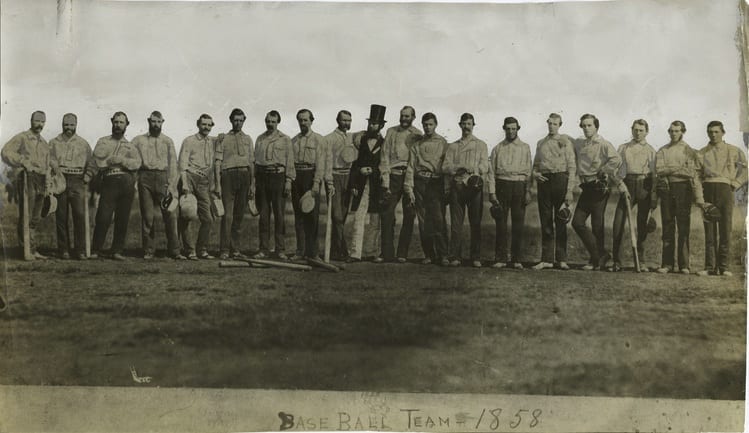 4. There’s a specific way to build a baseball.

The baseball itself is a curious creation and has a very specific build. It’s traditionally made with cowhide and has a cork centre with rubber layers. There are 108 stitches in each ball – this is very specific!

The reason why baseballs are so strictly made is due to the way they bounce off bats! They have been physically designed to play well from game to game. However, it’s only ever likely that the average ball will withstand seven pitches!

6. Baseballs rub down with mud from a specific area!

There’s an odd tradition in baseball where new balls are rubbed down with mud, specifically found in New Jersey – Burlington County, to be exact. It’s thought this helps to de-shine the ball – whether or not the mud in Burlington is particularly useful is one for the experts!

Baseball’s World Series history dates back right to the start of the 20th century. It’s when Boston first played Pittsburgh, and the game took place in 1903.

8. The rules for baseball are even older!

Baseball’s ‘official’ rules were first set in place back in 1845, written up by Alexander Cartwright. Much of these rules are still followed today (save a few players trying to bend or break them, of course!).

9. There are regulations for baseball bats.

The baseball bat, officially, should be no longer than two and a half inches in diameter, and should be a maximum of 42 inches long. Weirdly, there’s no rules against different shaped bats! 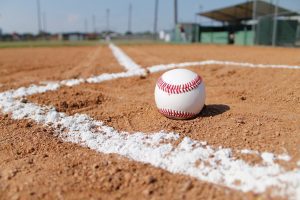 10. Women in baseball are still emerging.

Stacy Piagno leads the way for women in baseball. She was the first female pitcher to win a game back in 2017 and was actually the first woman in 50 years to receive professional draft.

11. Baseball appeals to all ages.

You don’t have to be a spring chicken to play baseball! Julio Franco remains the oldest-ever home run hitter. He was 47 years of age, and playing for the New York Mets, when he hit a homer back in 2006.

12. Castro was crazy about baseball.

It’s not just the US and Japan who love baseball! The UK has a variation known as ‘rounders’, and in Cuba, baseball is actually the national sport. This is largely thanks to the late Fidel Castro, long-time Cuban leader, who invested major funding into the sport during his tenure. 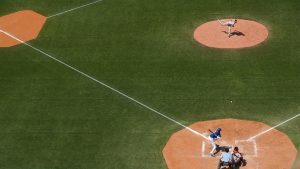 13. California has the biggest baseball stadium.

The biggest baseball stadium in the whole of the US is the National League Stadium, which you will find in Los Angeles, CA. It’s said to be able to hold up to 56,000 people at any one time.

14. The Yankees are world leaders.

When it comes to World Series wins, the New York Yankees are bases ahead. They have won the championship a record 27 times (at the time of writing).

15. Baseball is entertaining in more ways than one.

There are many, many movies about baseball. Some of the most famous include ‘A League of Their Own’, ‘Moneyball’, ‘42’, ‘Field of Dreams’, and ‘Bull Durham’. 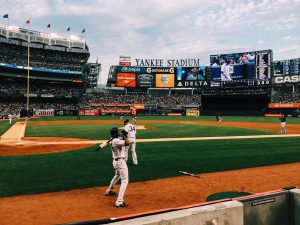 How many players participate in each game of baseball?

There are 18 players on the pitch at any one time - two teams of nine players each.

How many umpires are present during a game of baseball?

There is always one umpire for professional games, but there can be up to four present!

What do the offense and defense teams do in baseball?

Do you know any fun facts about baseball that we’ve missed? Share them in the comments below!