Basketball is one of the most popular sports in the US – however, it also has strong followings all over the world. It’s made household names and millionaires out of stars such as Michael Jordan, Shaquille O’Neal, and LeBron James, and it’s a surprisingly complex game – even to this day.

But how much do you actually know about basketball? There’s more to the sport than just dribbling and shooting. Here are some fun facts about basketball to help clue you up.

Basketball’s roots go all the way back to 1891. James Naismith created the game with a pair of peach baskets for games played at a Massachusetts YMCA.

2.    Basketball was a Canadian invention!

Despite being invented in Springfield, MA, Naismith was a native Canadian. He invented the game while looking for creative ways to encourage his gym pupils to stay active on overcast days.

Since then, basketball has grown into a multi-billion-dollar industry. However, despite the increase in interest, the number of players on a court has decreased from 18 to 10. It’s thought the original numbers were inspired by those you’d see on a baseball diamond. 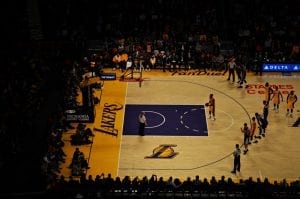 The most points scored by a single player is 100, as Wilt Chamberlain managed to score this as-yet unbeatable tally for Philadelphia against New York in 1962. Around 60 years later, his record goes unbeaten.

5.    Kareem Abdul-Jabbar is breaking plenty of records, too.

However, stars such as Kareem Abdul-Jabbar have given these records a real run for their money. In fact, Abdul-Jabbar still holds the record for the most points scored in a single NBA career, with 38,387 scored over 20 seasons.

6.    The NBA is much younger than basketball itself.

Science states that you are always going to get a higher bounce from a warm basketball than a cold one. That’s because warm ball molecules react at quicker speeds.

It’s thought that the average NBA player will burn just short of 800 calories per game.

NBA players, by design, need to be good in the air. In fact, the average distance a player can jump in the league is thought to be around 28 inches off the ground. 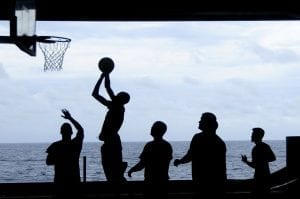 Originally, basketball courts were built with chicken wire lining. This was to prevent falling into the stands – we’re assuming that might have been a bit painful!

Believe it or not, basketball scores appear on the backboard thanks to initial problems with score tampering. Early scoreboards used to appear on the balcony, and it was common for visitors and spectators to mess around with the scores.

Dribbling wasn’t actually part of the game in its initial years. Traditional basketball rules suggest that you would have had to pass the ball to another player as soon as you catch it. Rules changed pretty swiftly, however, as dribbling was encouraged around six years after Naismith invented the game. 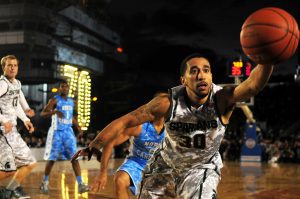 The youngest player to ever start an NBA match was the late Kobe Bryant, who was barely 19 when he opened.

Do girls play with smaller basketballs than boys?

Yes, currently in high schools, the game is played by both boys and girls who use different sized balls. Boys play with balls with a circumference of 29 to 30 inches. Girls play with balls measuring 28.5 to 29 inches.

What is the difference between NBA and WNBA?

Why is basketball not more popular in the UK?

Over in the UK, it’s thought that basketball isn’t as popular as soccer due to lack of media attention.

Do you know any fun facts about basketball?  Share them in the comments below!

Are you a massive fan of basketball? Discover how you could maximise your potential as a coach!