William Jefferson Clinton – Bill to just about everyone – was US President for two terms, leader of the country from 1993 through to 2001. He was a Democrat President, having served following two Republicans – George HW Bush and Ronald Reagan – and ahead of another, George W Bush.

Clinton’s time in office was a colorful one, with threats of impeachment over extramarital activities overshadowing some of his good work as leader of the free world – however, there is much more about the 42nd President worth reading up on. How much do you know? Let’s take a closer look at some fun facts about Bill Clinton…

Bill Clinton was born in 1946, and in 1978 became the youngest US governor on record. Specifically, he was elected at this time to become Governor of Arkansas.

2. The Clintons have always worked together.

The ex-President has worked to support wife Hillary following leaving office, having also set up the Clinton Foundation along the way. He also supported Hillary during her Presidential campaign against Donald Trump in 2016.

Clinton was actually born William Blythe – however, he took the surname of his stepfather, as his birth father died before he was born. 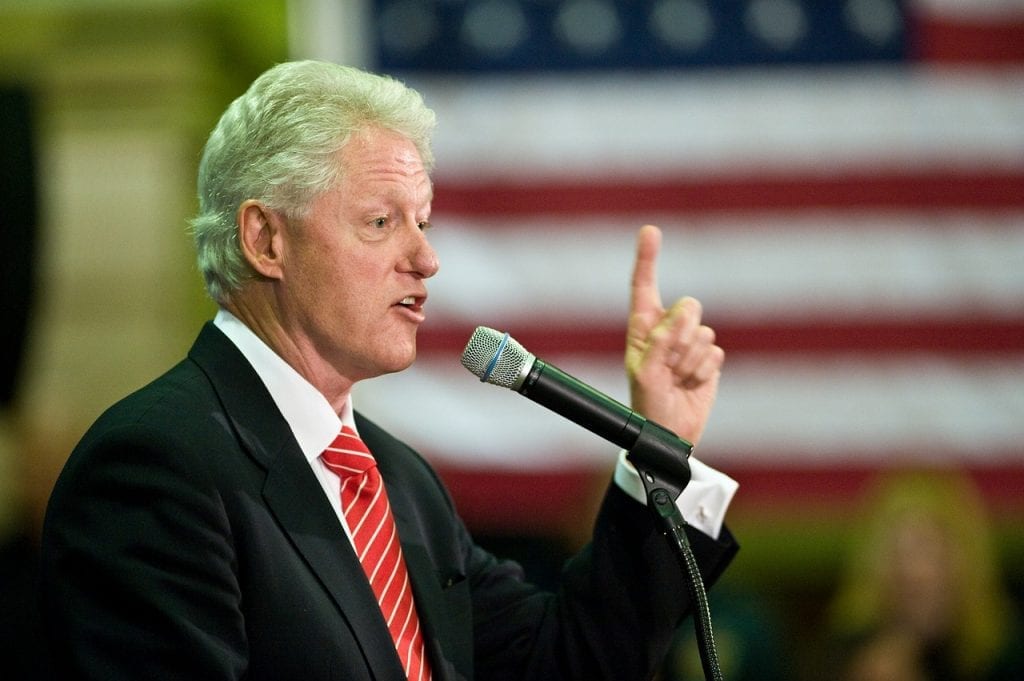 4. He was a President of many achievements.

Clinton achieved much during his time in office. It was during Clinton’s reign that the US embraced a new series of harsh penalties and laws against violent crimes.

5. However, reforming healthcare wasn’t one of them.

The President also wished to reform the US healthcare system – however, this would be unsuccessful, eventually leading to the fall of Congress to the Republican Party in 1994.

6. He was a clear winner in the polls.

Bill Clinton was a popular choice for US President the first time he went to the national polls, claiming a substantial 43% of the vote. This, in line with the election system and electoral college setup, ensured that the Democrat candidate would succeed Bush in 1993.

7. He pardoned scores of people.

Clinton made sure to pardon at least 140 people – on his very last day operating as President.

8. He was a Democratic combo-breaker.

Clinton broke a run of Democratic Presidents having no more than two terms in office. He was the first Democrat President since Franklin D Roosevelt to serve two consecutive terms in office. His predecessor, of course, was Jimmy Carter, who served one term ahead of Reagan’s two terms through the 1980s.

9. Clinton was a law professor.

Clinton was actually a professor of law – having started lecturing and tutoring in 1974. 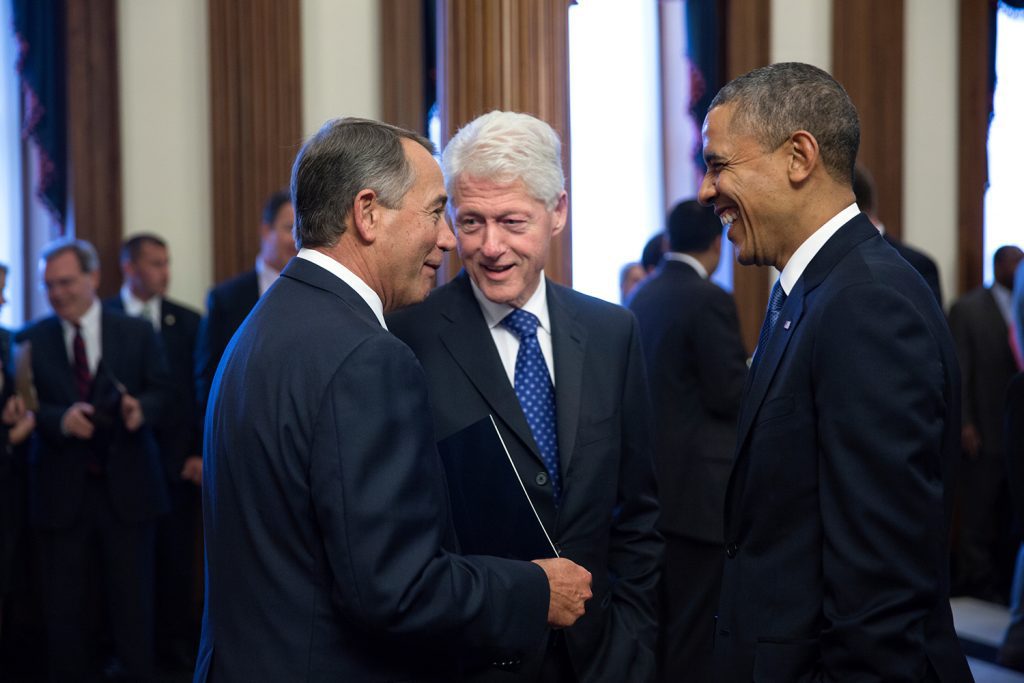 10. He moved towards the middle.

Clinton was seen as divisive to some Democrats, choosing to move to a more centrist or moderate set of policies than those set by Carter several years before.

Clinton is famously adept at playing the saxophone. He had first chair at a state band – and it’s thought that he continued playing the sax ever since.

The Clinton family famously played host to a black and white cat – called ‘Socks’ – during their White House stay. However, it’s actually thought that Bill Clinton himself is actually allergic to cats. There was even going to be a videogame based around Socks, such was his pop culture impression. 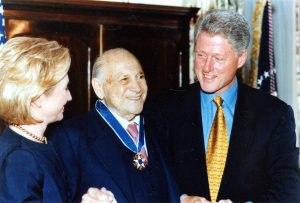 However, Bill Clinton also has the dubious honor of being only the second US President to be impeached. Andrew Johnson, the first, faced impeachment back in 1868. Richard Nixon resigned his position before impeachment could occur. Donald Trump, recently, was the third to be impeached – however, no presidents have been removed from office in this way.

Clinton is one of the tallest US Presidents of all time, in joint fourth place with George HW Bush. 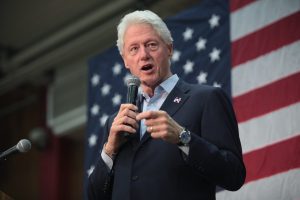 Clinton was able to meet and shake hands with John F Kennedy, however, it was only months before he was assassinated. It was a lucky encounter, by all accounts. Bill Clinton was only 16 years old at the time.

In fact, it was meeting JFK that is said to have inspired Clinton to head for office. Otherwise, he had designs on becoming a star saxophonist. How different history might have been! In fact, Clinton was also inspired by Dr. Martin Luther King Jr – having reportedly memorized his ‘I Have a Dream’ speech.

How old was Bill Clinton when he became President?

Clinton was one of the youngest US Presidents to be inaugurated at 46 years old.

Was Bill Clinton the youngest President ever inaugurated?

No - he was three years older than Theodore ‘Teddy’ Roosevelt, who was 43 when he took to top job.

How many terms did Bill Clinton serve as President?

Bill Clinton was US President for two terms, spanning January 1993 to January 2001, with George W Bush succeeding him.

Do you know any fun facts about Bill Clinton? Share them in the comments below!