Boxing Day is probably better known as the day after Christmas Day in many Western countries – or, if we’re going by the calendar, December 26th. This date is often very popular with many people who work in service industries, as it can mean an extra day off over the holidays! In any case, here’s some fun facts about Boxing Day that might just surprise you.

It is also called ‘Saint Stephen’s Day’. Saint Stephen was a benevolent religious man who believed in being charitable.

His sainted name is used to honor his charitable work, and in remembrance, alms boxes are made up and given to the poor and needy on Boxing Day.

2. Boxing Day is observed all over the world.

Boxing Day is a festive holiday observed by all countries of the Commonwealth and some others.

3. It’s a day to really calm down from Christmas.

For those enjoying a public holiday, Boxing Day is often a day when the aftermath of Christmas Day parties result in tiredness, perhaps hangovers and clearing up! Thereafter, most people engage with family and friends when possible. There are usually sporting events to watch, concerts to go to, and of course for lucky children, new toys to play with! 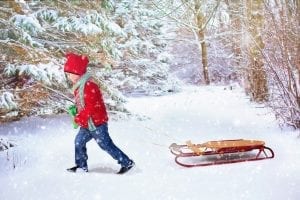 4. It’s also a big shopping day for all kinds of festive bargains.

Where it is available, traditional Christmas food is often discounted after Christmas Day. Meats, fish and cheeses, cakes and puddings may all be reduced in price.

Christmas cards, wrapping paper and even Christmas crackers can be bought cheaply and stored for next year on Boxing Day – so stock up on some bargains!

Boxing Day 2004 is recorded as being the most naturally devastating Boxing Day on record affecting millions of people. A tsunami took the lives of over 230,000 people and 1.7 million people became homeless! This naturally occurring tragedy was triggered by an earthquake in the Indian Ocean, measuring 9.2 on the Richter scale.

6. Where did the name even come from?

Boxing Day’s name is a bit of an oddity. It’s said to come from lords of the manor giving boxes of gifts to their servants and staff the day after Christmas.

However, others believe that the name comes from the fact that people still give boxes of donations to the poor on this day every year.

7. It became a big deal in the UK in the Victorian age.

In the UK, Boxing Day didn’t become a public holiday until Queen Victoria was the reigning monarch. However, it’s thought that many people celebrated the tradition many, many years before!

In some European countries, Boxing Day receives the rather odd name of ‘Christmas II’ – the sequel!

9. Why not step into the ring?

Boxing Day’s name is actually taken pretty literally in some corners of the world. In the Caribbean, for example, many people choose to actually hold boxing matches. 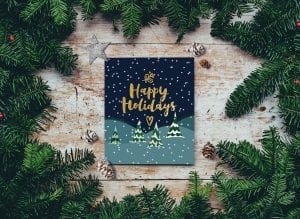 Boxing Day is massive for soccer fans in the UK. It’s on this day when you will usually find a day of Premier League action – and for horse racing enthusiasts, there are always a few festive meetings, too!

In the US, Boxing Day is also celebrated as a national day for candy canes – save some goodies from Christmas Day, then! 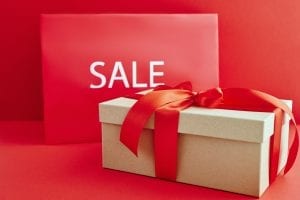 It’s often seen as a ‘day off’ from any chaos experienced the day before - the festivities and family arrangements, etc!

Is Boxing Day only celebrated in the UK?

No - it’s recognized across the Commonwealth, and in territories such as Australia and Canada.

How do you greet people on Boxing Day?

Do you know any fun facts about Boxing Day? Share them in the comments below!

This page was last modified on December 25, 2021. Suggest an edit