Looking to boost your knowledge of the big wide world and better your chance of being crowned the next geography quiz champion? Why not start with these fun facts about Canada!

The word ‘Canada’ itself comes from the word Kanata, which means ‘settlement’ or ‘village’ in the language of the indigenous St Lawrence Iroquoians (the name of the people who lived on the shores of the St Lawrence river, in what is modern Quebec and Ontario, between the 14th and 16th centuries).

Canada is in North America, it consists of ten provinces and three territories and extends from the Atlantic to the Pacific and northward into the Arctic Ocean.

It boasts the largest coastline in the world.

The capital of Canada is Ottawa – not Vancouver or Toronto, as people often think. 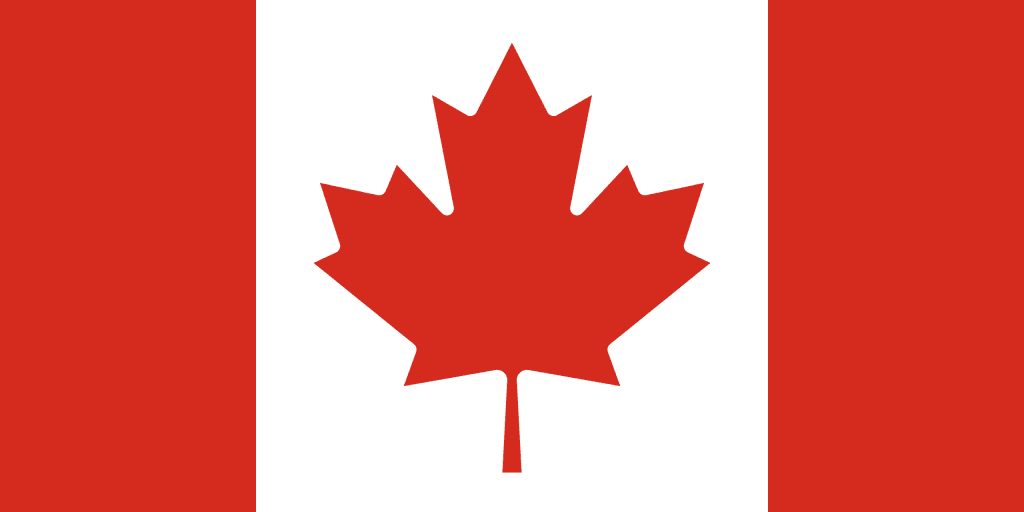 4. Ottawa is more than chilly.

You thought Britain was cold? The average low for the month of January in Ottawa is -14.4 degrees Celsius (6.1 degrees Fahrenheit).

5. Canada is a bilingual nation.

The 2 main languages spoken in Canada are English and French.

7. However, Canada is sparse.

8. Canada is a nation of clever clogs.

Over half of Canadians have degrees, making Canada the most educated country in the world.

9. Canada is a forest nation. 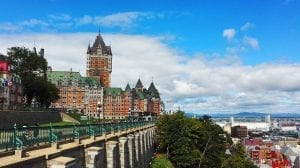 10. Touring Canada could take a lifetime.

If, for some reason, you find yourself walking the length of Canada’s coastline, be prepared because even if you never stopped (not even to eat, drink or sleep) it would take you four and a half years! We’d suggest you take some plasters for the inevitable blisters!

Canada’s lowest recorded temperature was in 1947, in Snag, Yukon. It was an astonishing -63 degrees Celsius (-81.4 degrees Fahrenheit), which is roughly the same temperature as Mars!

12. Canada has an astonishing array of lakes.

Remarkably, Canada has over 3 million lakes. A large 9% of Canadian territory is fresh water and over 60% of all the lakes in the world are found within Canadian borders. 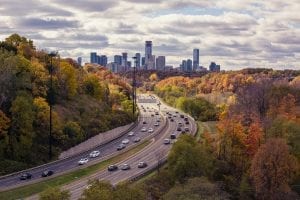 Residents of Churchill, Canada, leave their cars unlocked to offer an escape route for pedestrians who might encounter polar bears.

14. Canada is mad about bears.

License plates in the Canadian Northwest Territories are shaped like polar bears.

15. However, Canadians are most mad about ice hockey.

Ice hockey is the most popular sport in Canada. In Newfoundland, the Atlantic Ocean sometimes freezes so people play hockey on it, as you do. 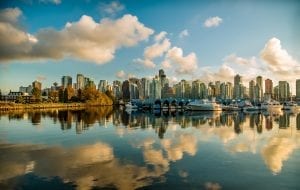 16. Canada has a distinct breed of dog.

You know the giant black, hairy breed of dog (similar in size to a Shetland pony), called Newfoundlands? They originate from Newfoundland, Canada.

Unsurprisingly, at a lengthy 1,178 miles (1,896 km) long, ‘Yonge Street’, which goes through Toronto and Ontario, is the longest street in the world.

18. Canada is less grounded than anywhere else.

It was discovered in the 1960s that parts of Canada has less gravity than the rest of the Earth. 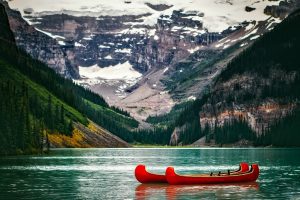 19. Canada is a very positive nation!

As an incentive, ‘positive tickets’ are given out by Police departments in Canada when they see someone doing something positive.

20. The country even has an official phone number!

Yes - it was an Ontarian resident who grabbed a tin of pineapple by accident to add to his pizza one day!

Is it safe to live in Canada?

On the whole, Canada is considered very peaceful and welcoming - with a trustworthy police presence.

What’s a downside to living in Canada?

Canadian living costs can be very expensive - you’ll pay handsomely for those views and those low crime rates!

Do you know any fun facts about Canada?  Share them in the comments section below!