Are you looking to enjoy a slower pace of life or simply wish to head off on a sunny holiday? Take a look at these fun facts about Cape Verde before you go!

Cape Verde is a volcanic archipelago off the northwest coast of Africa.

Its nearest neighbors are the Western Sahara to the northeast, Mauritania, Senegal and Gambia to the east and Guinea-Bissau to the southeast.

If you’re heading off to spend time studying the volcanic islands of Cape Verde or you’d quite like to sample the local drinks on the stunning sandy beaches, head for the coordinates 15.1111° N, 23.6167° W to moor your boat on its golden shores.

3. Put your hiking boots on!

The terrain here is steep, rugged, rocky and volcanic! We must say, the beaches here are particularly beautiful! 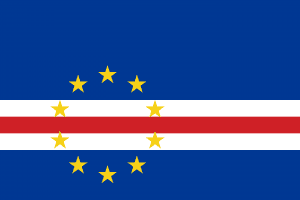 4. It’s around the same size as your average English county.

5. It has a well-balanced population.

Cape Verde’s population was 555,988 in 2020…that’s also around the same population as Cornwall.

6. What’s the capital of Cape Verde?

Cape Verdeans enjoy a temperate climate with very little rainfall throughout the year.

Thanks to the crystal clear waters and natural winds the coastline surrounding Cape Verde is one of the best places in the world for windsurfing, kite surfing and scuba diving!

9. What do people speak in Cape Verde?

The official language of Cape Verde is Portuguese …this is because Cape Verde only gained independence from Portugal in 1975! 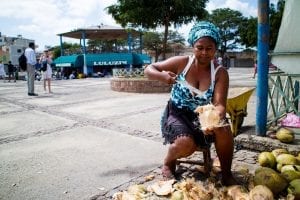 10. Remember this when you change your money up.

Apparently, during WWII Winston Churchill had planned to invade Cape Verde but the plans were called off at the last minute! 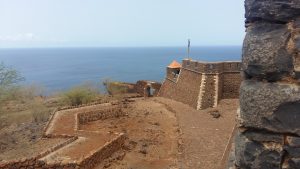 It is considered rude to eat in public in Cape Verde without sharing your food, so either eat in private or be prepared to share your sandwich around!

14. What do people grow in Cape Verde? 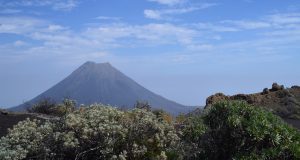 Is Cape Verde safe to live in?

Cape Verde is generally safe to visit and live in, however, there are theft concerns, so be careful!

Can you swim in the sea around Cape Verde?

Many people do, but it’s not always recommended. The sea surrounding Cape Verde is always likely to be strong due to volcanic activity.

Cape Verde is regarded as a fairly poor country on the whole, but it’s actually got some of the best quality of life measures on the continent.

Do you know any fun facts about Cape Verde?  Share them in the comments below!