Ever heard of CARICOM before? It’s the name of an alliance between island nations, largely out in the Caribbean. Recognized by the UN, the alliance helps to represent people and member states on the world stage – separately, they would perhaps be rather tiny! Here are some fun facts about CARICOM to crack into.

1. How many states make up CARICOM?

15 states form the CARICOM alliance. Together, they are a beneficiary of the United Nations – and each of the 15 is an ‘island state’.

CARICOM was originally set up in July 1973. It was signed by representatives for Barbados, Guyana, Jamaica, Trinidad and Tobago.

3. It was actually brought in to replace the CFTA.

It’s said that CARICOM first set up as an alternative to succeed the Caribbean Free Trade Area – and it’s been running strong ever since! 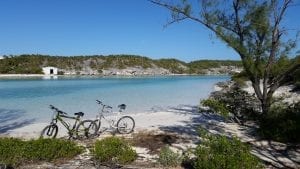 4. There are 15 main states that are covered by CARICOM.

5. However, they are not alone.

There are also five associate members of Caricom. They are Antigua, Bermuda, British Virgin Islands, Cayman Islands, and the Turks and Caicos Islands.

6. Several other states ‘observe’ from afar.

7. CARICOM is passionate about protecting its members.

CARICOM focuses on protecting specific areas of interest. These mainly include the fields of education, security and health.

8. There’s even an official CARICOM song!

Michele Henderson composed a promotional song for CARICOM. It is called ’Celebrating CARICOM’ – it was first sung in public on the July 1st 2014, and became the official song of the alliance.

9. CARICOM has its own logo.

The CARICOM emblem resembles two broken links of a chain which remain interlocked. The links are in angular shape of letter ‘C’. 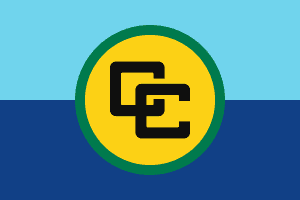 10. CARICOM’s strived to intervene with matters of unrest.

CARICOM responded to significant civil unrest in July 2021. Protests were sparked in Cuba, and it was felt these were inflated by the frustrations of the global pandemic. The area was already suffering from socio economic problems – and representatives of CARICOM pleaded for a return to peaceful negotiations. Intent on calming the violent outbreaks, opinion was divided on CARICOM’s timing and approach.

11. CARICOM’s dream economy is not so far away.

CARICOM is striving for an economy that brings all its states together into one economic banner. This is proposed as the Caribbean Single Market and Economy, or CSME. Ultimately, CARICOM wants to bring its states together under this economy so that its more marginalised members can compete healthier on the local stage!

12. The EU has a strong friendship with CARICOM.

In 2011, the European Union generously gave €10 million to CARICOM. This was mainly to improve educational facilities and communications via the welcome installation of a broadband fiber optic network. 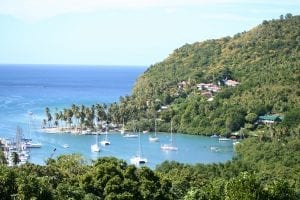 13. Millions of people fall under the CARICOM umbrella.

CARICOM covers land that’s home to more than 16 million people! It’s thought that most people here are younger than 30 years old, too.

What are CARICOM’s main objectives?

CARICOM’s main aims are to help improve working and living standards across their member states, and to help the nations compete healthier in terms of global trade.

What is CARICOM Day?

CARICOM Day celebrates the signing of the Chaguaramas Treaty that took place in 1973 - it happens to be July 4th, the same date as US Independence Day!

CARICOM changed shape in 2001 as a result of changes made to the Treaty - however, the name and its banner are still very much in use to this day.

Do you know any fun facts about CARICOM that we’ve missed? Share them here in the comments section below!

This page was last modified on December 1, 2021. Suggest an edit