Castles were built for dual purposes – specifically, they were used to help protect the people within them from the threat of invasion – however, they were also used as huge displays of wealth and grandeur. If you owned a castle, you were very big news indeed.

2. Windsor Castle is one of the most famous.

Windsor Castle remains a record-holder in many ways. It’s the biggest castle still standing in the UK, and it remains Europe’s oldest castle still holding occupants. It’s been home to royals for almost a millennium.

3. However, France holds the records for ancient castles.

The oldest castle still standing today is French – it’s the Chateau de Doue-la-Fontaine, and it’s been part of the landscape since 950. 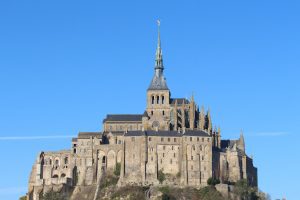 4. Fancy taking up your own castle?

It’s completely possible to rent your own castle for the night! For example, you might wish to rent Forter Castle, a Scottish keep once built for the fifth Lord of Airlie in the 16th Century. It boasts mod cons thanks to a full restoration.

In many cases, anyone wishing to build a castle of their own across Europe and beyond would need the permission of a reigning monarch to go ahead.

6. Castle stairs have a specific design.

Castle stairwells run clockwise for a reason. The reason is that most people likely to be attacking up the stairs were right-handed and would therefore be at a disadvantage when charging up them. Castle builders really did think of everything!

However, the world’s most haunted castle is said to be Leap Castle, which you will find over in the Republic of Ireland. The ghost here doesn’t have any specific form but is referred to by locals as The Elemental.

Castles, traditionally, have no toilets built-in. That’s what a moat is for – disgustingly enough! You’d normally have to use a hole in your bedroom called a garderobe, which is both gross and draughty.

England is absolutely awash with castles. In fact, there are said to be more than 1,500 of them across the country.

Then again, there might be more, there might be fewer. That’s because there has always been some debate over what a castle actually is. If you go by the traditional definition, there are still impressive numbers of them countrywide. 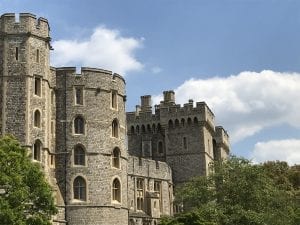 Most castles, traditionally, had wells – to provide water. However, the location of the well was often the first port of call for any would-be invaders. That’s because they could easily poison wells with very little effort. In fact, if the well wasn’t protected, or topped up, the rest of the castle would be liable to fall pretty easily.

11. Where is the biggest castle on the planet?

The world’s biggest castle can be found in Prague. Prague Castle is around 570m in length and 130m in width on average.

If you’re a fan of Gothic literature, it’s likely you’ll find plenty of it based in and around castles. That’s because they are fantastically imposing! 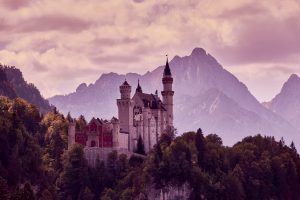 13. Pull up the drawbridge!

Drawbridges often served as the only way for people to access a castle, and even then, they’d still need to get past a heavy gate called a portcullis. However, this would often separate castle inhabitants from certain grounds, too. Not all castles have drawbridges, but the best-protected certainly made use of them!

14. Castles weren’t always made of stone.

Believe it or not, the first castles in history were made from wood, not stone. These belonged to the invading Normans, who set up castles on mounts. While making good use of the ground, these battlements were, of course, at risk of burning down. Back to the drawing board! 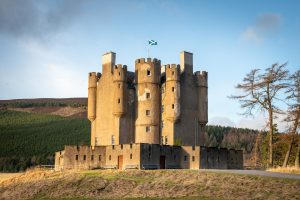 What’s the oldest castle in the world?

The Chateau de Doue-la-Fontaine in France is said to be the oldest castle that’s still standing, but the remaining fortress of the Citadel of Aleppo may be even older - by a few thousand years!

Does the US have any castles?

Yes - but they are largely private buildings and mansions!

What are the main types of castle?

Do you know any fun facts about castles?  Share them in the comments below!

This page was last modified on December 29, 2021. Suggest an edit