41. Cats can heal themselves.

Purring is thought to have healing properties, as well as to be comforting to cats. That’s because they purr at frequencies through which bones and muscles often heal themselves best.

Cats only tend to meow to their mothers during childhood, and to their owners when they want something. You will very rarely, if ever, see a cat meow at another otherwise. They generally communicate through howls, purrs and hissing.

Just as Cyprus took care of their snake problem back in ancient times, Europeans introduced cats over to North and South America in a bid to control the rising pest population. 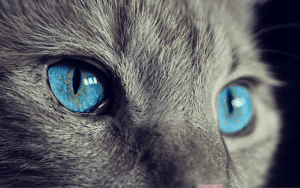 44. There’s no gender divide over cats.

Neither men nor women are more likely to own cats; studies suggest that there appears to be an even split.

Dogs may be good at learning tricks and remembering people they love, but cats are thought, generally, to have better long-term memories. What’s more, they share even more traits with humans to the extent that we have very similar emotional control centres.

46. How many breeds of cat are there?

There are apparently 44 different breeds of cat, according to the Cat Fanciers Association.

Cats will likely smell scents and odors much stronger than humans. This is to such an extent that they have olfactory receptors thought to be 14 times stronger than our own!

Cats tend to have hearts that beat up to twice as fast as our own. It is not uncommon for a cat’s heartbeat to be around 100 to 120bpm.

Cats are able to give birth throughout their lives, with the oldest mother on record being 30-year-old Kitty. She was, in fact, mother to just short of 220 kittens. 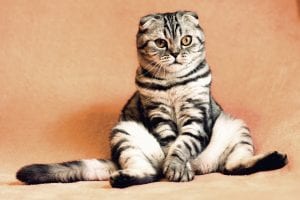 50. Cat whiskers tend to be symmetrical.

Cats generally have an even number of whiskers. This tends to level out at around 12 on each side.

Someone has already cloned a cat – Little Nicky was the product of a $50,000 cloning program, and he was the first to be cloned on a commercial basis.

Cats evolved long hair as a result of changes in pet ownership. Cats generally all had short hair until owners started looking into grooming and breeding specific types of long-haired felines. 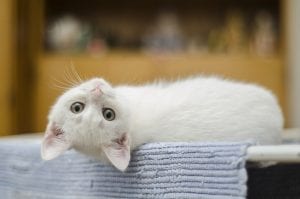 53. Cats are great at leaping!

It’s thought that cats are incredible jumpers. They can leap up to five times their own height without much difficulty.  They are also thought to be able to jump up to six times their own length.

54. What’s the weirdest color of cat you’ve ever seen?

There was a green cat once born in Scandinavia. The reason for his strange tint and coloring?  It’s thought that copper levels in the area may have had a strong effect.

Are you finding that your cat isn’t covering up its poop? It’s showing you that it’s not afraid of you – make of that what you will! 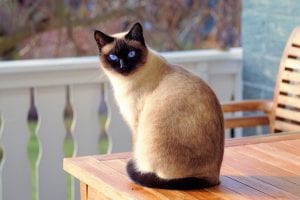 Is it cruel to own just one cat?

Cats don’t have to be around each other to be happy, but they crave attention, meaning you’ll need to give them regular company.

Is owning a cat a good idea?

Yes, providing you can offer one a loving home - owning any kind of pet could help to lower your stress levels.

Is a cat a good first pet?

Cats are independent and don’t require as much attention as dogs, however, they have different personalities - make sure you adopt one that suits your own

Are you fascinated with cats? Check out part one and part two of our facts file about cats here.