The universe is a strange, cold, and perhaps even scary place! However, there are organizations such as CERN who are trying to find all the answers we can about the vast blackness around us. Specifically, much of this Swiss research faculty’s research surrounds particle physics, and why our universe operates in the way it does.

It’s most famous for its Large Hadron Collider, which once spread media panic over claims it could potentially ‘cause black holes’!  Time to tap into some interesting facts about CERN, one of the world’s hardest-working research bodies…

1. What does CERN stand for?

‘CERN’ Is the acronym for the French ‘Conseil European pour la Recherché Nucleaire’. It was founded in 1952.

The primary function of CERN is to study ‘matter’, ’anti-matter’ and all things connected to interactions between molecules. It’s also concerned with nuclear physics, and how it can all benefit humanity for the better.

CERN uses state of the art equipment to research matter and in particular the collision of particles.

The ‘Large Hadron Collider’ is situated at CERN headquarters in Switzerland, just outside Geneva. It is the world’s largest particle accelerator built so far. 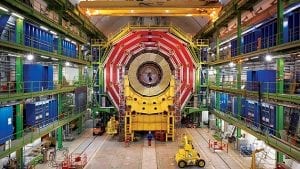 The Large Hadron Collider is intensely cold. It’s around -271 degrees Celsius and is said to be colder than outer space itself!

6. The role of CERN Director General is coveted.

Fabiola Giannotti was 56 years old when she became Director General of CERN in 2016. She won the ‘Special Breakthrough Prize’ in Fundamental Physics.

An accomplished Experimental Particle Physics, Director Giannotti’s role at CERN is set for a term of 5 years.

Giannotti has confirmed that around ‘95% of the universe is still unknown’. CERN’s continuing mission, therefore, is one for knowledge – and answers to life’s biggest questions!

7. CERN was founded by many different nations.

In 1954, 12 countries officially became ‘founding members’ of CERN. They were Belgium, Denmark, France, Germany, Greece, Italy, The Netherlands, Norway, Sweden, Switzerland, The United Kingdom and Yugoslavia. Yugoslavia would leave, however, in 1961.

In Dan Brown’s novel ‘Angels and Demons’ – later made into a Tom Hanks movie – anti-matter is stolen from CERN. Not an everyday occurrence, however!

9. CERN demands a lot of cash.

CERN consumes a lot of money to run. It’s thought to cost around a billion euros each year – at least – to continue running research projects. 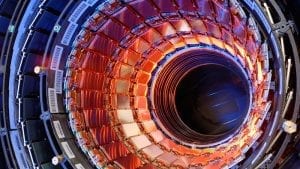 10. But, big scientific breakthroughs have been made.

In 2010, a scientific breakthrough was achieved when scientists managed to capture anti-matter atoms for the first time.

11. It wasn’t the first epoch-making moment.

In 1995, CERN confirmed that ‘anti-hydrogen atoms’ had emerged for the first time.

In 1984, the CERN laboratory of physicists was awarded its first Nobel Peace Prize. 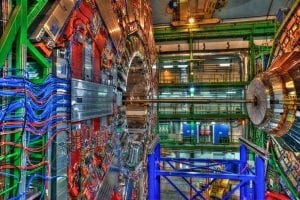 The Compact Muon Solenoid detector at the Large Hadron Collider

14. Weasels vs particles – who will win?

Infamously, the Large Hadron Collider fell foul of a pesky pest in 2016. Specifically, the gigantic particle accelerator dropped power after a rogue weasel bit through wiring!

However, it’s not the first time that nature has interfered with science at CERN. A bird one caused a major outage in 2009. How? By dropping a rogue piece of baguette onto wiring!

15. Many, many people depend on CERN.

CERN facilities are used by over 600 Universities and institutions all over the world. 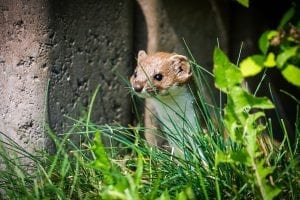 16. You have CERN to thank for this very website.

In 1989, Tim Berners-Lee (joined by Robert Cailliau in 1990) started a CERN project that would change global communication for good. The project was named ‘Enquire’, though we know it better as the World Wide Web!

CERN announced to the world that the use of the World Wide Web would be free for everyone as of April 30th, 1993.

Carlo Rubbia and Simon Vander Meyer were each awarded the Nobel Peace Prize. This was in recognition of their work for CERN, specifically aiding the discovery of the ‘W’ and ‘Z’ bosons.

A fundamental particle, the ‘W’ boson, when fused together with the ‘Z’ boson, becomes responsible for ‘weak force’. There are four basic forces that govern how ‘matter’ in our Universe performs.

Rubbia and Vander Meyer established through their research that as stars destruct and burn, their disintegrating matter can form heavier elements.

These elements can herald the beginning of another planet or form some of the fundamental matter to eventually create new life.

18. The Higgs boson is considered the biggest win of all.

‘Bosons’ are considered to be the particles which are responsible for all physical forces. The Higgs boson is named after Peter Higgs, who prophesized that such a particle existed in the 1960s but was yet to be discovered. 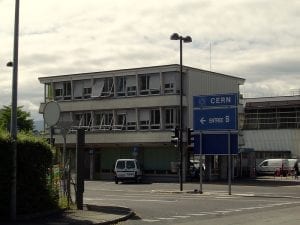 The Higgs boson particle is also sometimes referred to as the ‘God particle’. Leon Lederman, a leading physicist, quipped that the particle was ‘God damned hard to find!’.

Another reason the Higgs boson is nicknamed the ‘God Particle’ is from Higgs’ own explanation in 1964. He stated that it would be physical proof that the Big Bang occurred.

20. Finding the Higgs boson was a monumental task.

In 2013, a scientist at CERN was quoted by CBS as saying that spotting the Higgs boson would be extremely rare – and that trillions of particle collisions would have needed observing!

CERN is said to be continuing deeper research into ‘dark matter’ as well as pursuing the complex study of ‘kaon’ activity.

Kaon research involves observing the decay of a positively charged particle, called a kaon, into another known as a pion. The event rarely occurs, with odds of one in ten billion! 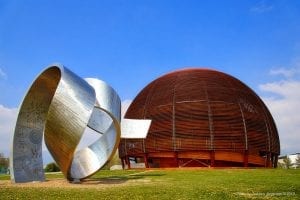 Why is CERN so important?

CERN is helping us to understand more about the universe we live in - for which we have very few answers!

Why does CERN have a statue of Shiva?

The Indian deity of Shiva can be seen at CERN because the statue was a gift from India to help celebrate their link.

Not in any sense that we know them as - but they may be able to create similar conditions.

Do you know any interesting facts about CERN? Share them in the comments below!