The earliest beginnings of chess are a bit uncertain but it’s believed to have originated in India in the 7th Century. The game was played and occasionally banned by medieval European kings, before becoming more established in the 1800s.
The game had its resurgence during the Cold War. That specific period forms the backdrop for “The Queen’s Gambit”, the hit miniseries that sparked a chess frenzy. Why the sudden frenzy? Is it only because of the series or because chess is finally getting the recognition it deserves? We’ve prepared some fun facts about chess to indulge you with the answers and maybe win you over for a game or two!

1. The Queen’s moves have changed over time.

There are over 122 million possibilities of a knight’s tour, so the knight is very unpredictable.

Some of the top chess players were code breakers during World War II. British masters Harry Golombek, Stuart Milner-Barry, and Conel Hugh O’Donel Alexander were on the team that broke the Nazi Enigma code. 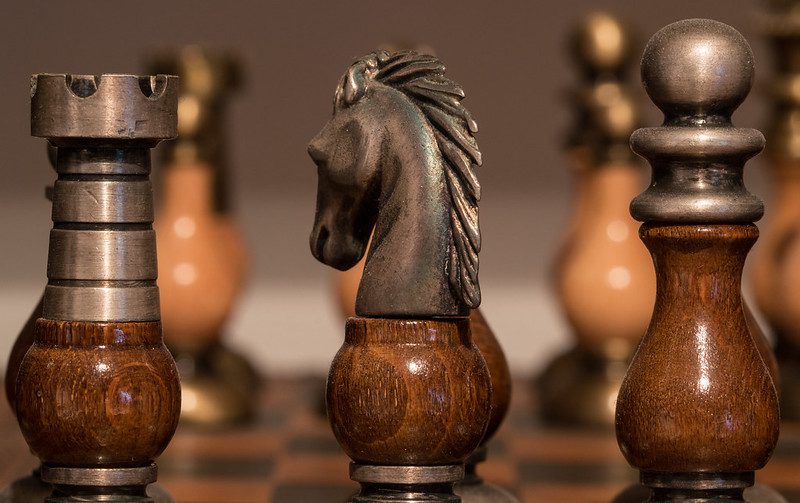 4. Checkmate has a meaning behind it!

The Persian phrase “Shah Mat” is the origin of the word “Checkmate” in chess. It means “the King is dead”.

5. Classic chessboards have been in Europe for centuries.

The first-ever chessboards with dark squares and alternating lights appeared for the first time in Europe in 1090.

6. Chessboards can fold as a result of a need for secrecy!

A priest who was forbidden to play chess invented the folding chessboard. A folded chessboard on a bookshelf simply looks like 2 books.

7. The rules really did evolve over time.

In 1280, in Spain, the new pawn move was introduced where pawns were allowed to advance two squares on their first move instead of one.

8. The Queen can really move!

In 1882, the Mason-Mackenzie game played in London had a total of 72 consecutive Queen moves.

9. Clocks can also play a big part in chess.

Thomas Wilson was the inventor of the first mechanical Chess Clock in 1883. 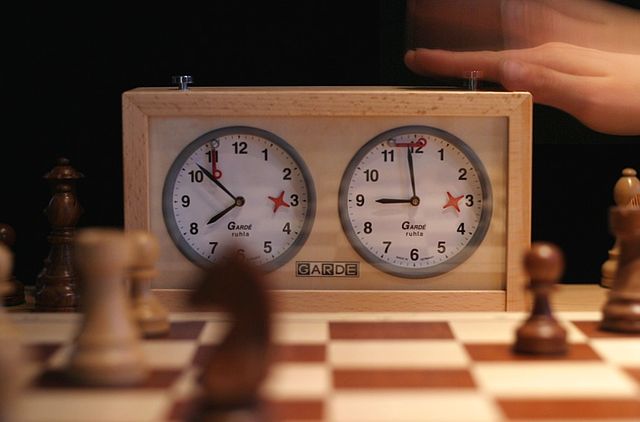 Macleod of Canada was considered the worst performance chess player after he lost 31 games in 1889 in the New York double round-robin.

The longest chess game was 5949 moves. 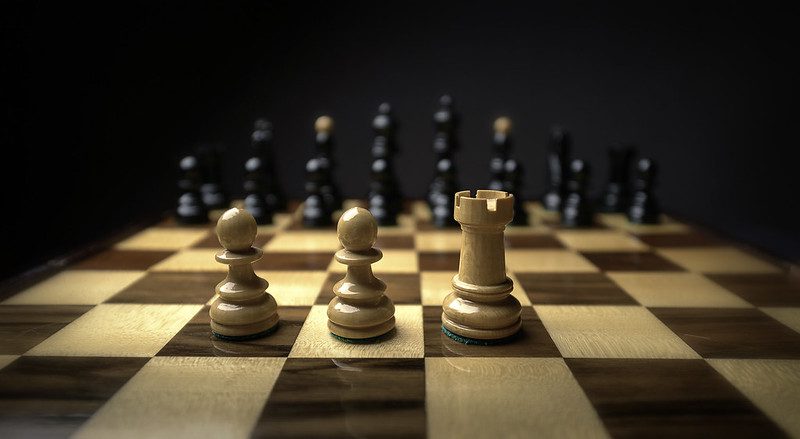 Chess is a truly unique game! The number of unique games of chess is 10^120 while the estimated number of electrons in our universe is 10^79.

14. Some chess masters stand the test of time.

Frank Marshal was the US chess champion for around 30 years. However, he only secured his title after beating Ed Lasker (5-2) in 1923.

The first American to defeat a Soviet player in an international tournament was Frank Marshall in 1924, in New York. 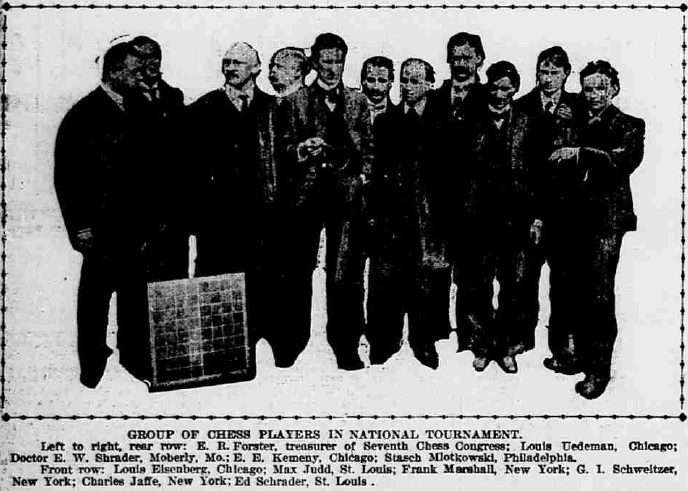 Frank Marshall (fifth) at his winning tournament in St. Louis

16. Chess problems can get complex.

The longest chess problem, mate in 290 moves, is a credit to Otto Blathy from Hungary who won a prize for his work in 1929.

In 1960, in Budapest, a record was set by Janos Flesch, who played 52 different opponents simultaneously, blindfolded. He won 31 of the games he played.

The move-in chess which includes a player’s king and either of the player’s original rooks is known as castling. 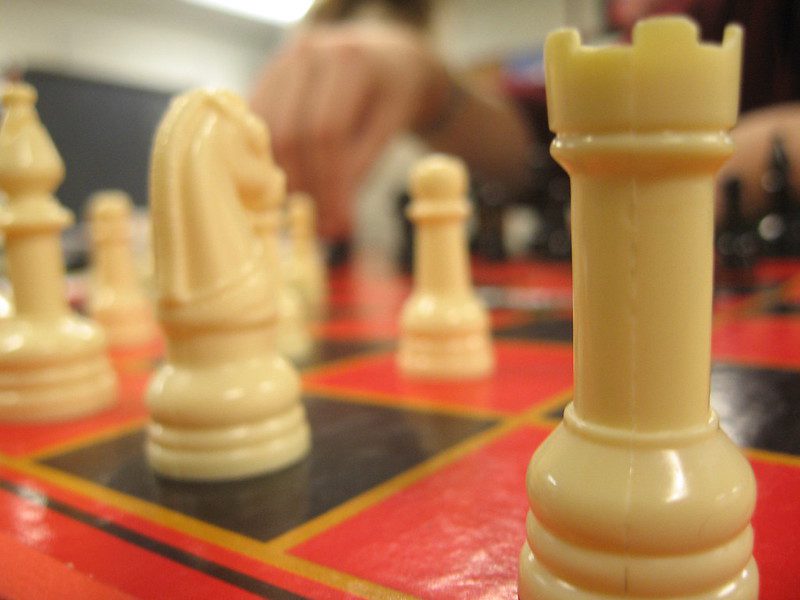 The “Match of the Century”, the World Chess Championship played in Reykjavik between Boris Spassky and his challenger Robert “Bobby” Fischer, happened in 1972. The match was much more than a sporting confrontation!

In 1973 a chess tournament in Cleveland was raided by the police. The director of the tournament was arrested and the chess sets were confiscated based on the charges of permitting gambling and possession of gambling devices. 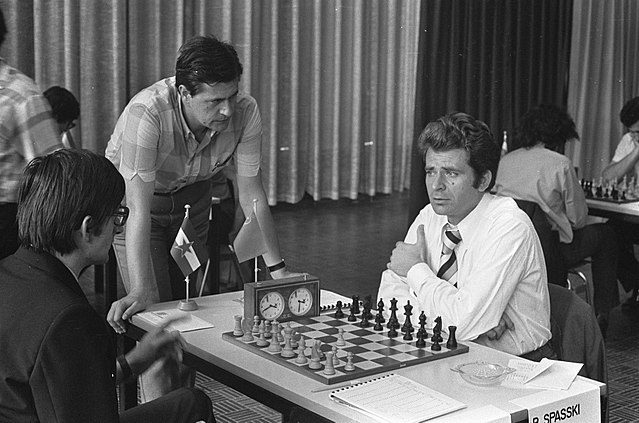 There are 8 different ways from the starting position to mate in just 2 moves, whereas there are a total of 355 different paths to mate using 3 moves.

The longest title holder of the World Chess Championship is Dr. Emanuel Lasker, a German player. Lasker held this title longer than any other player in history for 26 years and 337 days. He was also a good friend of Albert Einstein!

24. Kasparov changed the world of chess.

The youngest World Chess Champion ever was the Soviet player Garry Kasparov who was just 22 years old at the time of winning the title. 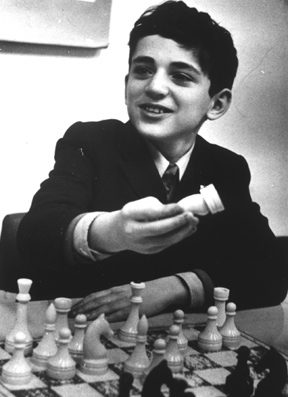 25. Deep Thought, too, changed the way we see the game.

The first computer to beat an international grandmaster was Deep Thought, in Long Beach, California, in November 1988.

The longest chess game ever played was between Nikolic and Arsovic, in Belgrade in 1989. The game ended in 269 moves as a draw.

Players in their first year, more famously known as rookies, are named after the rook. Rooks are generally considered to be the last pieces that one moves in chess.

28. Could chess improve your mind?

Chess is often quoted by psychologists as a very effective way to bolster or advance memory function. Some people contend that chess is also capable of increasing one’s intelligence!

Is chess dying out?

No! Chess is just as popular as ever - in fact, it’s thanks to Netflix’s smash hit miniseries The Queen’s Gambit that the game is picking up new fans.

Who’s the inventor of chess?

Can you checkmate in two moves?

Yes - it’s technically possible if you’re playing as black, and use the Queen - but it’s extremely rare. It’s a move known as the ‘Fool’s Mate’.

Do you know any fun facts about chess?  Share them in the comments below!