Chimpanzees are some of the cheekiest, most intriguing creatures in the wild world around us! There have been incredible efforts over the years to conserve their habitats as much as possible. However, make no mistake – chimps are also some of the most dangerous animals on the planet. Extremely strong and often very territorial, it takes a real expert and a gentle hand to approach a chimpanzee with confidence.

But what are some fun facts about chimpanzees which you might not already know? Let’s run through a few.

1. There are more than a few ways to get around!

Chimpanzees are extremely versatile in the way that they can get around. Generally, you’ll see chimps swinging around from tree to tree and from vine to vine. However, they can walk on two legs if they need or want to. They will, more often than not, walk on four legs on the ground.

The way chimps live together can evolve over long periods. They generally group together in small crowds or ‘parties’. However, these parties are also likely to be part of wider ‘communities’. It’s just one of many ways in which chimpanzees are very close to humans!

3. They normally only stick to one continent.

You’ll only ever find wild chimps on the African continent. However, you will find many in conservation centers and zoos all over the world. 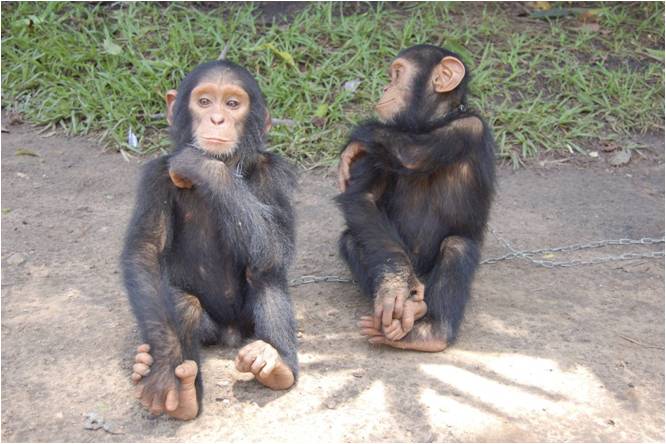 4. They live much longer in captivity than in the wild.

They tend to live a fair while, though they will live for around a decade shorter in the wild than in captivity. Chimps in the wild can be expected to live up to 50 years of age.

5. They’re less discerning than many apes.

Chimpanzees have much broader palates and diets than many other great apes. For example, they are known to enjoy eating seeds, fruits and insects.

However, they are also known to eat smaller mammals, and will even eat monkeys if the mood takes them! It’s thought that a chimpanzee might have up to 200 different favorite foods. Good to know they will rarely go hungry, then!

Chimpanzees generally live in the center of Africa, across a side belt of savannahs and forests. They tend to prefer tropical, humid climates.

7. Chimps can be impressively tall.

A chimp’s height can be as tall as 1.7m when fully stretched up – which you might see if they choose to trot around on two legs!

Chimpanzees are said to be the second-most intelligent primates on the planet. Humans come first, of course! They are fantastic communicators and are experts at the odd bit of body language.

9. They’ve gotten the hang of a few tools.

Chimps lead the way when it comes to using tools. It’s what helps to rank them as one of the most intelligent primates on the planet. They often use rocks and sticks to break open hard food, and even use leaves to collect and drink water. 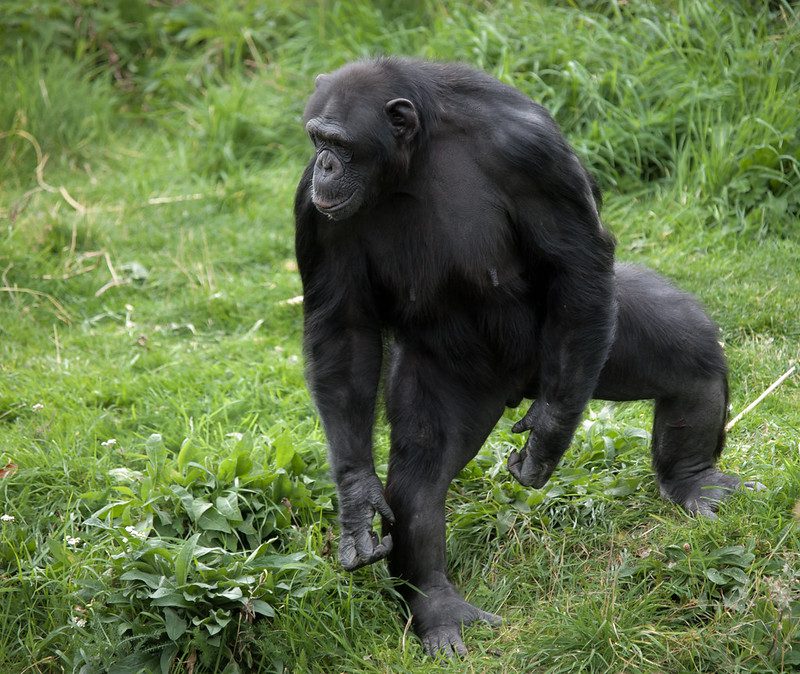 10. They are very expressive!

You’ll know when a chimpanzee is scared or feels threatened. Their masses of hair will generally stand on end as if they have received an incredible shock!

11. We are closely related.

Chimpanzees display lots of humanlike behavior. They are known to kiss each other and will even laugh when they are having fun.

It’s rarely a good idea to try and claim a chimp as a pet. Chimps are amazingly strong. In many cases, they are thought to be up to six times as strong as human beings. Therefore, it’s wise to let them have their freedom. 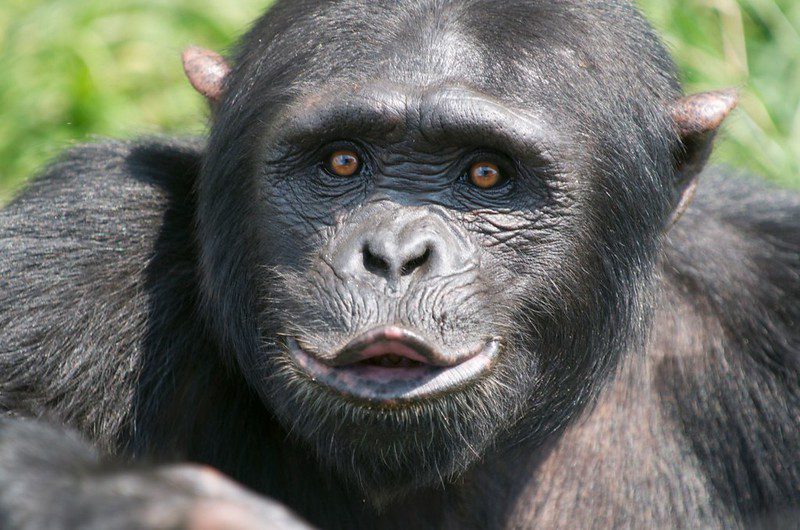 13. They care about their looks!

Chimps are great groomers. They take immense care of each other’s hair, removing bugs and bits of dirt. It’s actually seen as something of a bonding exercise, too, meaning that a pair of chimps who groom each other are likely to be very close.

14. Chimps can even communicate with us.

In some cases, chimpanzees are able to communicate with humans through sign language. One of the clearest cases of this was through the signing of Washoe, a female chimp who had the ability to speak up to 350 different words in American Sign Language.

Chimps are thought to be endangered. There are many of reasons for this, however, the ongoing trade for their meat, as well as deforestation of their habitats, are likely to be the biggest impacts. You’ll still find chimpanzees across 21 different countries in the African wilds, however, the forest belt across the equator has diminished over the years. Conservation for chimps is very much ongoing. 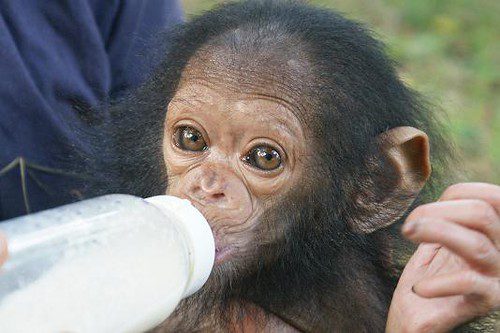 Why do chimps throw poop?

Chimps are known to throw things when they feel stressed and anxious - and it so happens that their feces are readily available to pick up and throw!

Are chimps friendly towards humans?

Unfortunately, most chimpanzees are likely to be a little defensive and cautious - and will normally stay away.

Can chimpanzees tear your arm off?

Chimps are amazingly strong, and they can break bones - but they probably wouldn’t be able to pull limbs off!

Do you know any interesting facts about chimpanzees? Share them in the comments below!