Copenhagen is the capital city of the fairytale country of Denmark. It is known for its trendy inhabitants and for striving to be an eco-friendly and sustainable city. So what kind of weird and wonderful things is this charming place hiding?

Whether you are looking for travel tips, insider info for a potential move to this splendid city, or you’re just curious about capital cities, this is the place for you. Let’s see if the Danish capital is all it’s cracked up to be, full of hipsters and history – with some fun facts about Copenhagen that might surprise you.

Copenhagen, the capital city of Denmark, is said to be the happiest city in the world.

2. It’s a land of Viking heritage.

It was once a Viking fishing village and Viking jewelry is displayed in the many museums in Copenhagen, buying Viking jewelry replicas is a must if you’re looking for a souvenir or to treat a friend.

Partly situated on the Eastern coast of the island of Zealand, and partly on Amager, it is a spread-out city connected by many bridges and so has many waterfront promenades to stroll around on. 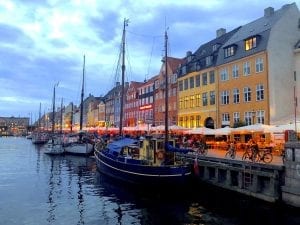 4. There’s lots to learn out here.

As Denmark’s cultural, economic, and governmental hub, Copenhagen is full of museums and culture at every corner, and is also one of Europe’s financial giants, renowned for the Copenhagen Stock Exchange.

5. The harbor grants the city its name.

The name “Copenhagen” has its origins from its harbor and trading nature – in old Norse Kaupmannahǫfn – meaning “merchant’s harbor”- was the inspiration for the modern day name, allowing for sound change, and the current English term has since been adapted from low German name, Kopenhagen.

Some of the best-tasting faucet water in the world can be sampled at Copenhagen. Undergoing daily controls for quality and safety, it is deemed to be so clean that no chlorine or chemicals are added. 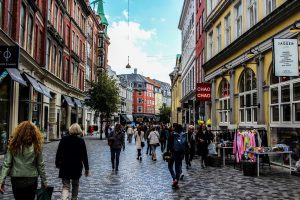 7. You can spend EU currency here.

The currency in Denmark is the Danish Kroner, however, in Copenhagen, most establishments used to dealing with tourists, such as hotels, do accept euros.

Crime rates in Copenhagen are some of the lowest of any capital city, rarely are tourists’ pockets picked, and even the Red Light District is said to be one of the most prudish ones, you’ll find more young professionals and locals having a beer in Vesterbro than drug dealers.

Copenhagen earned its name as the city of fairy tales, where Hans Christian Anderson once lived, and where the Little Mermaid currently lives. Forever gazing on, with crowds around her, the dainty statue is infamous for being defaced to get various points across. 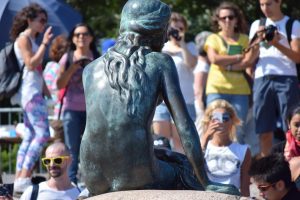 10. Visiting can be costly.

The cost of living is slightly expensive, with food and drink, especially alcohol, needing to be included in your budget should you be looking to visit or live there; however it is known for its traditional beer breweries and delicious local food.

Seafood and fish are the most prevalent source of protein in Danish dishes, Copenhagen being a harbor you can visit any seafood restaurant and sample some local food. Smørresbrød is a must to try.

The lack of legal minimum salary in Denmark does not have the negative affects one would assume, the average salary per month in Copenhagen is around £2,000, but remember that tax is extremely high in Denmark. 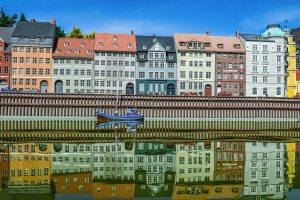 Royal Copenhagen is another local product to purchase while you’re there, it is a dainty blue and white porcelain producer of plates, bowls, mugs, among other items. Made by the Royal Danish Porcelain factory, they have become household items throughout Denmark.

14. The architecture here is stunning.

The Amalienborg Palace is a beautiful stop to make when exploring Copenhagen. The Royal family reside there, but the grounds and architecture are something to behold, as well as the on-site museum.

15. Put the smartphone down…

Feel free to roam Freetown Christiania, but beware that photos and cars are banned. It is an autonomous district with self-proclaimed laws and rules and its inhabitants are dedicated to living sustainable and eco-conscious lives. 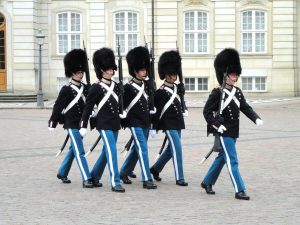 What is Copenhagen best known for?

Copenhagen is perhaps best known for its connections to fairytale scribe Hans Christian Andersen, its many canals and bridges, and its amazing beer.

Is it worth living in Copenhagen?

The quality of life in Copenhagen is very high - it’s cleaner, safer and quieter than many other capital cities on the continent!

What do people speak in Copenhagen?

Do you know any fun facts about Copenhagen? Share them in the comments below!