Is there anything quite like a luxury cruise to take you away from the stuffiness of the office for a while? Cruises make up some of the most popular holidays on the planet. It’s not hard to understand why. How else are you going to be able to take on a world tour at such a value price? The best cruises have incredible entertainment and spectacular, spacious cabins on board, too.

But before you book that next trip – how about taking a look at a few interesting facts about cruise ships? Here’s some to get you started. 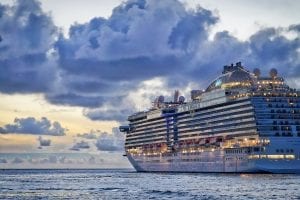 Do you have any interesting or fun facts about cruise ships that we’ve missed?  Share them here in the comments section below!