These super little canines are sometimes known as ‘sausage’ or ‘wiener’ dogs! Affectionate little characters, these curious-looking critters can make great companions and family pets. Read on for some fun facts about dachshunds, and why you may want to adopt one of your own!

Dachshunds have a reputation for being friendly. They are good ‘solo dogs’ and are generally good-natured with children. Of course, it’s never recommended to leave any dog alone with small children. dachshunds are usually protective and loyal, too – they can be very affectionate and cuddly!

2. They have a history in hunting.

Sweet-looking dachshunds were originally bred as hunting dogs. Their short stature made them perfect for work close to the ground. They fearlessly pursue small mammals and particularly hunt badgers! They are also known to catch mice!

Miniature Dachshunds were originally bred to hunt rabbits. Their bite strength registers at 235 psi – for this reason, and shamefully so, they have sometimes been bred as ‘fight dogs’.

While dachshunds can swim and sometimes launch themselves into water, they don’t like cold temperatures. On land their bellies can get uncomfortably close to ice or snow! These smart dogs may indicate they’d rather stay indoors in the warm – we don’t blame them, sometimes! 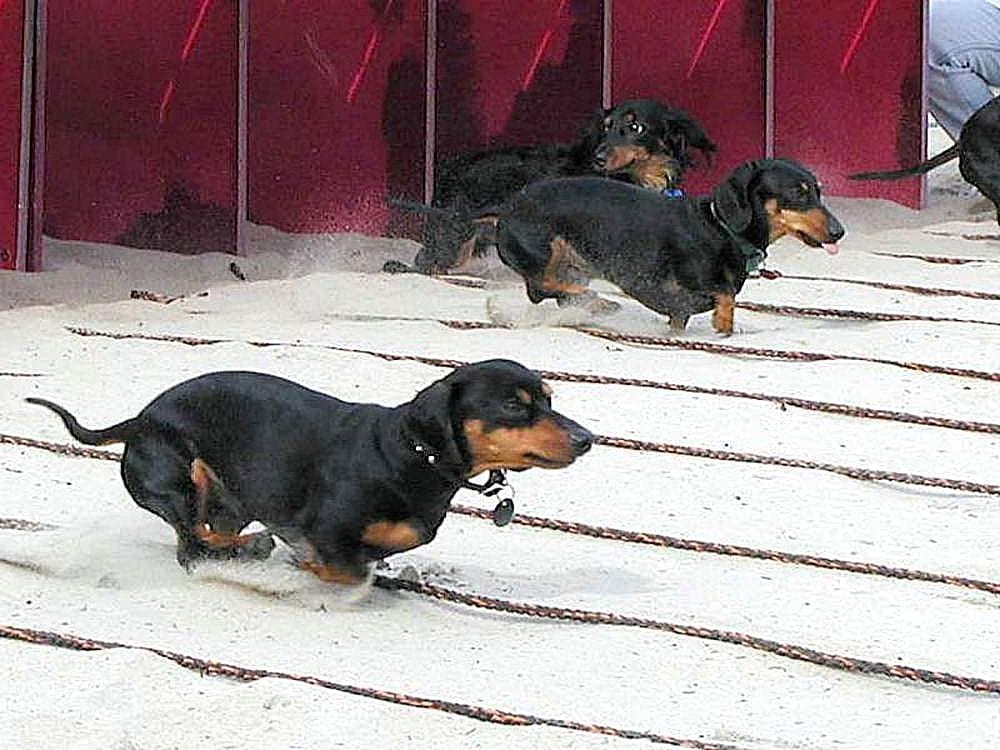 It is believed by some people that ‘hot dogs’ got that name in reference to dachshunds – hence the name ‘sausage’ or ‘wiener’ dogs, too!

Typically, dachshunds are expected to live for between 12 and 16 years. They’re normally healthy dogs, but can suffer with back problems throughout their lives. Take care of yours!

Research proves dachshunds cannot cope well with staircases. It’s a good idea to put a child gate at the foot of stairs to prevent them running up and down too often – it’ll help to protect their backs!

Rebecca Smith, a British dachshund lover, won a competition to have her prized wiener dog – Winnie – cloned! Her clone, Minnie Winnie, has a crooked tail just the same as the ‘original’! Winnie was 12 years old when cloned in 2014.

Dachshunds love being the center of attention. They love to play, and usually take to repetitive training very well – they are extremely intelligent. They can be good burglar alarms too! They can live in harmony with other pets and even cats who may be of a similar size.

As hunting dogs, dachshunds can be difficult to ‘call off’ and become so fixated on a chase they stop listening! A clicker can sometimes help with training or offering a reward after a successful callback. These dogs do like to please – though wilful, they are smart enough to know from the tone of your voice if they are doing well! Praise your dachshund and you’ll reap rewards. 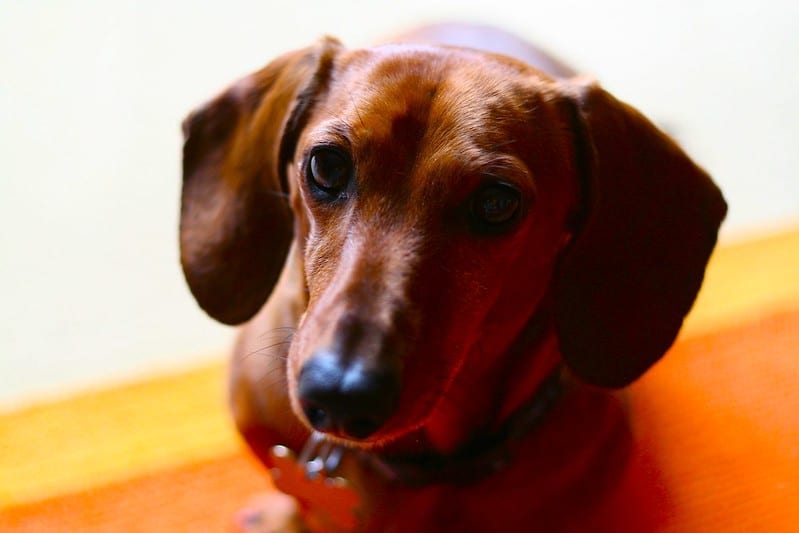 10. Ever tried housebreaking a dachshund…?

These little dogs only have small storage tanks! The only drawback with them may be house training, or rather, our expectation of how long they can be left without needing to empty their bladder!

During waking hours, owners shouldn’t expect to leave their dachshunds for more than four hours without accepting the odd ‘accident’. In a secure area, it may be possible for them to use a cat flap to relieve themselves outdoors. Otherwise, it is unfair to admonish them for creating a puddle indoors!

Where does the name ‘dachshund’ come from?

How do dachshunds compare to other hounds?

Dachshunds are the smallest of the hounds. At the shoulder, the average height for miniature dachshunds is a mere five inches - and for standard dachshunds, an average of only nine inches!

Which famous people own dachshunds?

Do you know any fun facts about dachshunds?  Share them in the comments below!