It’s said that diamonds are a girl’s best friend. The gemstone that women of all ages love to own and flaunt. They’re seen as a symbol of love and romance. But do you ever wonder why these sparkling gems are so expensive? Here’s some fun facts about diamonds to help clue you in…

1. April births are marked by diamonds.

Diamonds are the birthstone of those fortunate to be born in April.

The word diamond is derived from the Greek word “Adamas”, which means unbreakable and unconquerable.

Diamonds are a sign of courage, strength, and invincibility. 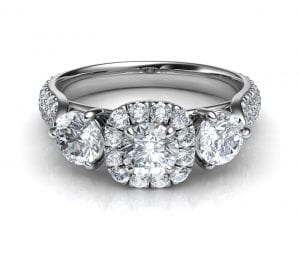 Diamonds are available in many different colors due to tiny impurities in them.

5. You can’t scratch a diamond with anything but itself.

A diamond can only be scratched and cut by another diamond.

You’ll be perplexed to know that Ancient Romans believed that diamonds were the tears cried by their gods.

7. Here’s a great quote about diamonds.

“The greater the supply of something, the less we value it. We have oceans of water. But very few diamonds, and they’re embedded and hidden away in rocks. It’s the “Law of diminishing marginal utility” which means that we prioritize price by a product’s “least value usage”- Goetz.

Diamonds are a solid form of pure carbon, arranged in octahedral patterns.

9. Want to walk through diamonds?

Crater of Diamonds State Park in Arkansas, United States is the world’s only diamond bearing site accessible to the public. 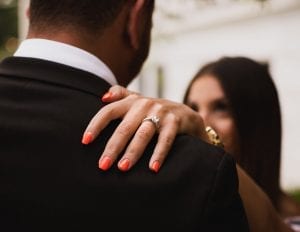 A rough diamond looks like a pebble that most people would pass without giving a second look.

Diamonds are measured in “Carats”, another word derived from the Greeks – this time meaning a carob tree whose seed was used as an anciently standard of weight.

They are usually so small in size, that only a diamond weighing 1 carat is one among millions. 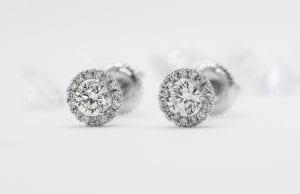 Archduke Maximilian of Austria was the first man to propose to Mary of Burgundy in 1477 with a ring encrusted with thin, flat pieces of diamonds in the shape of an “M” in the hopes of gaining an advantage over her other suitors.

Ever heard about “Lucy” diamonds? In 2004, Scientists discovered a star in the Milky Way, which is fundamentally a diamond of 10 billion trillion trillion carats.

The giant diamond floating in space was named “Lucy” after The Beatles song “Lucy in the Sky with Diamonds”. 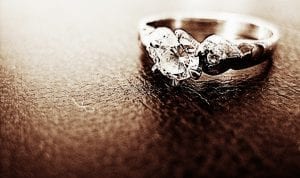 Diamonds are thermodynamically unstable at the Earth’s temperature and pressure. Yes, you read it right. They are slowly converting into graphites. But – for all those diamond keepers out there – it’s too slow-going a process for humans to notice.

18. Some colors are very rare.

Diamonds are available in many fancy colors – red, orange, pink, blue, green, and purple but these are very rare. Less valuable yellow and orange diamonds are more commonly available. 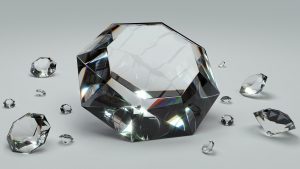 19. There are diamonds in other diamonds.

Have you ever heard of diamond in a diamond? Specialists in Russia stumbled upon a tiny diamond encased within a larger diamond. It’s been named The Matryoshka Diamond after the Russian dolls within a doll.

Diamond is the best known thermal conductor among all substances.

The huge Mir Diamond mine in Russia creates air currents strong enough to suck a helicopter into it. 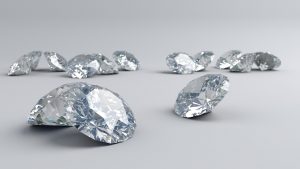 22. The rarer the cut, the higher the price.

A single two carat diamond is worth more than two diamonds of one carat each. Rarity increases the value.

Koh-i-Noor, once considered as the world’s most expensive and largest diamond It is now a part of the British Crown Jewels which is on display in the Tower of London.

The Hope Diamond is blue due to the presence of Boron. It is popular for supposedly being cursed. 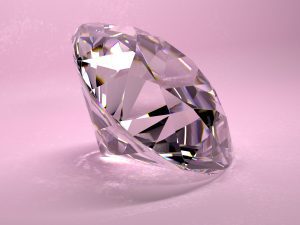 25. India used to be a big diamond producer.

India was the first country to be a commercial producer of diamonds. However, in the 1730s, South American diamond discoveries dominated over Indian discoveries.

The Cullinan Diamond is the largest diamond to have been found in South Africa weighing about 3106.75 carats before polishing.

27. It’s volcanos that bring diamonds up.

Geologists believe that diamonds are formed at approximately 200km below the surface of the Earth and deep-source volcanic eruptions push them to surface. 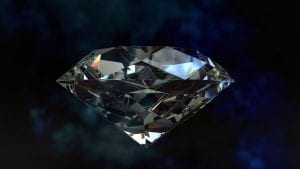 28. The mining effort is colossal.

To obtain a single one carat of diamond, approximately 250 tons of Earth is mined.

29. They’re not the hardest things on Earth.

The physicist Natalia Dubrovinskaia and his colleagues, compressed and heated carbon fullerene molecules and created Aggregated Diamond Nanorods which are 11% harder than diamonds.

What makes diamonds so expensive?

The price of a diamond likely increases with its rarity, its carat, its mining effort and its color.

Is it worth getting a diamond?

Diamonds are seen as some of the most naturally beautiful and most durable stones on the planet. Many people would say yes!

Is diamond worth more than gold?

No, not necessarily - mainly thanks to the fact that the gold market is less volatile, and therefore likely to have more predictable prices.

Do you know any fun facts about diamonds?  Share them in the comments below!