It’s amazing to think that huge creatures such as the dinosaurs once roamed our planet!  We only have their skeletons left to wonder what they may have looked like.  However, studies are ongoing into their behaviours, hunting patterns and lifestyles back in ancient times.  We may never really know what the dinosaurs truly looked like – but thanks to archaeology, we can have a pretty good guess!

Here are some interesting facts about dinosaurs you may not be aware of! 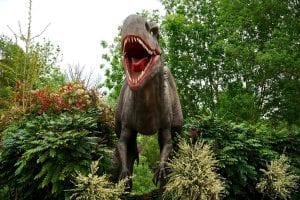 T-Rex Skeleton on display at The Field Museum, Chicago

Do you have any interesting or fun facts about dinosaurs that we’ve missed?  Share them here in the comments section below!

34 Noteworthy Facts about the National Trust

34 Definitive Facts about the Domesday Book