Dolphins have got to be some of our best-loved animals.  Friendly, curious, and intelligent, these sea mammals are iconic to the seas and can be found all over the world.

Think you know a lot about Flipper and his friends?  Check out these fun facts about dolphins that we’ve rounded up for you below.

There are actually 36 different species of dolphin, each of which has very special characteristics.

A dolphin can generally grow up to 32 feet in length, however, this will vary on age, location, and, of course, species.

Believe it or not, the Amazon river plays host to exclusive dolphin species. There are four that live in the colossal river which you will never spot in the wild waters elsewhere in the world. 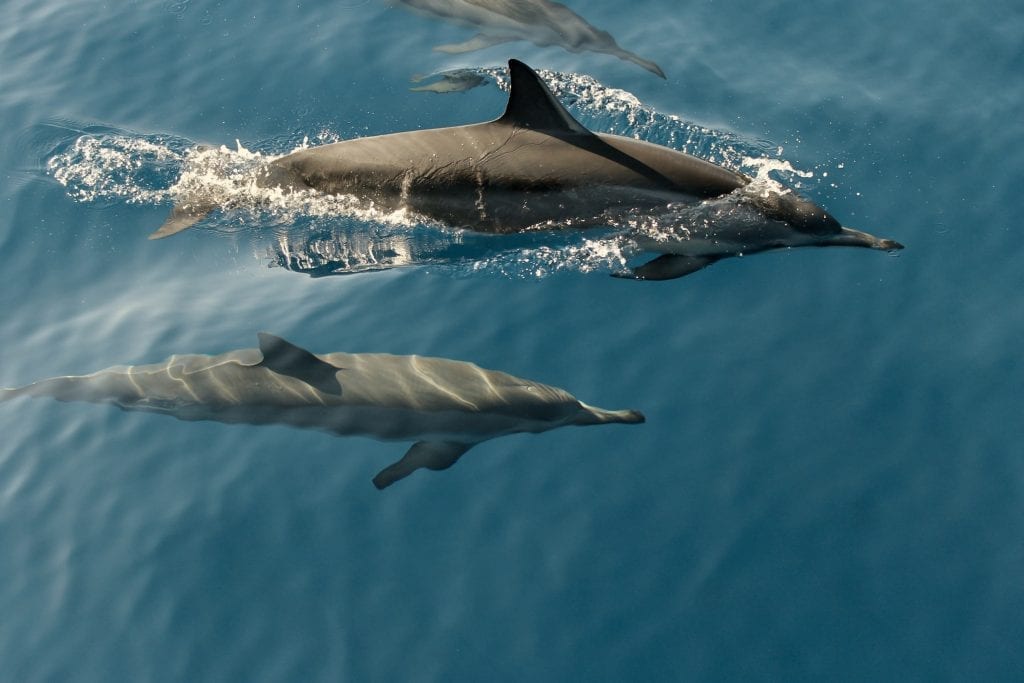 Dolphins are extremely social. They also communicate to each other frequently, using clicks, barks and squeaks to emote different things.  They are some of the most vocal and linguistically capable animals on the planet!

Some dolphins are able to switch off half of their brain while they sleep. Bottlenose dolphins, in particular, do this so that they can sleep and get some much-needed rest while keeping an eye on their surroundings.  If only people could sleep and work at the same time!

Many people confuse dolphins as being fish. However, they are mammals and are part of the same family to which orcas belong.

Like whales, dolphins have a separate mouth through which they can breathe. Mammals can’t breathe underwater, which means that you will often see dolphins coming up for air.  They breathe through their blowhole, and you’ll often see them bobbing about without having to be deep in the water too often.

Believe it or not, a killer whale is a type of dolphin, right down to its inner genome!

Dolphins are very smart at hunting. They use innate echolocation, which is rather like a type of natural radar system!  They mainly feed on fish, and they put their echolocation to work by clicking and bouncing sound waves.  It’s a very clever system! 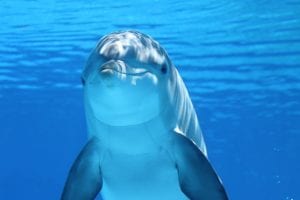 10. However, dolphins are common prey.

Sadly, dolphins remain under threat in certain areas of the world. Many people continue to eat dolphins, as well as to use their blubber.

However, there has been more of a push back against dolphin fishing in recent years. A major concern, it seems, is that dolphins are accidentally catching in sweeping nets for other fish.  Therefore, awareness of accidental dolphin fishing has been widely pushed for some time now.

11. Dolphins know themselves inside out.

A dolphin can recognize itself in a mirror and can even use tools to protect themselves. They are amongst some of the most intelligent life forms on the planet.

Dolphins have an unorthodox way of eating their prey. While humans chew food, a dolphin carefully swallows fish by the head to the fin.  This is to help protect their throats from anything prickly or catching on the way down!  Unorthodox – but smart!

Is it safe to swim with dolphins?

While many zoos and aquatic centers offer people the chance to swim with dolphins, the truth is that doing so in the wild could be a serious mistake. Not only could the dolphins and humans exchange diseases if they get too close, but it is also important to remember that dolphins are wild animals.

Dolphins are smart hunters and generally stay in pods, so if they feel threatened or irritated by a shark, the pod will have no problem killing the shark together!

How long do dolphins live?

The lifespan of a dolphin depends on a few things, including its species, environment, diet, and more. However, generally speaking, most dolphins can live up to about 40 years old, with some species even reaching the age of 60!

Do you know any interesting or fun facts about dolphins?  Share them in the comments below!

Here you fascinated with sea life?  Check out these amazing facts about Sharks