1. How was Donald Duck created?

Walt Disney came up with the idea of Donald Duck after hearing Clarence Nash use his “duck voice.” The voice actor had such a signature voice that sounded angry, flustered, and somehow comical. That is what caught Walt Disney’s attention, and led to the creation of a beloved character.

As Mickey was known for being a happy-go-lucky and positive character, Disney was looking for a bit more of a fiery and somewhat negatively-driven sidekick. That is why Donald Duck is known for having a bad temper, and often getting himself into a jam! That being said, he is also seen as a positive character who strives to do the right thing (despite letting his emotions get the better of him!).

Donald Duck first showed his beak back in 1934. He appeared in an issue of Good Housekeeping magazine as part of the promotion for the film The Wise Little Hen. Since then, he’s appeared in many different animated shorts and is an icon in his own right! 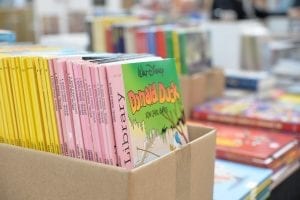 Donald Duck would appear in The Wise Little Hen that same year, effectively his animation debut. The rest, as they always say, is history!

The 9th of June is known as Donald Duck Day, marking his first day on the big screen! People around the world celebrate their favorite on-screen waddler – before celebrating his pal Mickey Mouse in November.

Despite having debuted to the masses in 1934, Donald Duck only received his first official starring role in 1937. He starred in Don Donald, an eight-minute film following the character in Mexico.

7. Donald had a few illustrators!

Among Donald Duck’s first illustrators were renowned artists Al Taliaferro, Don Rosa, and Carl Barks. They played huge roles in developing the iconic character we all know and love today!

Donald Duck has a big family, including his love interest Daisy Duck, his three nephews, Huey, Dewey, and Louie, a twin sister known as Thelma (also known as Della, depending on the cartoon), and his uncle Scrooge McDuck. Scrooge McDuck and Donald’s nephews, of course, won over two whole generations of TV viewers through DuckTales (in 1987 and 2017).

Although we all know and love Daisy, did you know that she was not Donald Duck’s original love interest? In fact, he first fell in love with Donna, who did not love him back. Her loss and Daisy’s gain! 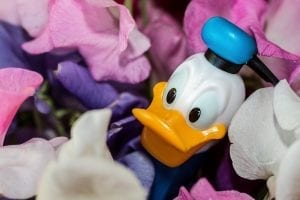 10. Donald doesn’t see eye to eye with the chipmunks!

Chip and Dale are known for being Donald Duck’s primary nemeses. They frequently prank him, often relishing in his anger! They’ve spun off into their own adventures many times, with the bizarre movie outing Chip and Dale: Rescue Rangers (2022) being a highlight for Disney+ viewers.

11. The Hollywood Waddle of Fame!

To mark his 70th birthday, Donald Duck received his own star on the Hollywood Walk of Fame back in 2004!

Donald Duck is often recognized due to his blue sailor’s shirt and red or black bow tie, but he does not wear any pants. Yet, when he comes out of the shower, he always wears a towel and swimming trunks! Strange! 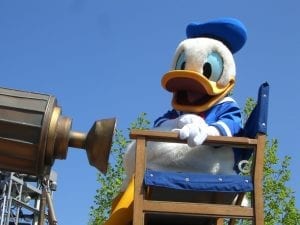 Is Donald Duck a villain?

Due to his bad temper and sometimes harsh pranks, it’s easy to assume Donald is a heel. However, no, Donald Duck is not technically a villain. He is considered to be one of Mickey Mouse’s best friends and always tries to be good - he’s just a bit of a loose cannon!

Donald Duck is indeed considered to be color-blind! Although that is not a common attribute of ducks, it comes from the 1942 cartoon in which Donald mistakes a green card for blue.

How old is Donald Duck?

Do you know any fun facts about Donald Duck? Share them in the comments below!

This page was last modified on February 6, 2023. Suggest an edit