Drought is no laughing matter – when you’re without water, you’re in trouble. However, droughts can occur all over the world, and sadly, they can affect millions of people and animals alike. This phenomenon isn’t always easy to predict, though the work of the International Space Station is helping us to understand more and more about arid conditions and what to expect. Here are some fascinating facts about drought.

A shortage of water over a specific period of time can result in the official declaration of a drought. This can arise after a period of several days and last for several years!

2. Droughts can cause problems of all sizes.

Whilst some droughts create minor disruption in some areas, others create severe humanitarian problems. At their most extreme, droughts can cause famine, and this is usually a chain reaction. When drought conditions prevail, food crops can spoil, animals and people suffer, and at worst, die.

3. Drought can affect rainy countries, too.

Colombia is on record for being the country with the highest rainfall. Yet in 2015, 77,300 hectares of woodland was destroyed in the worst drought on record there.

The longest drought on record so far is known as the Dust Bowl Drought. This lasted from 1928 until mid-1942!

5. The US is massively affected by drought.

This figure was calculated on the varying size of the population and varying effects of each particular drought – as they can affect people and their communities in many shapes and sizes.

It was reported that 59% of the land in California was adversely affected by drought by spring 2014. This drought started in December 2011 and continued to March 2014!

7. Drought can bring things to a standstill.

In August 2021, statistics showed that crops were depleting at alarming levels. In Iraq, Baghdad temperatures reached 125 degrees F as the amount of rainfall reduced to well below that of the average. Wheat and barley crops were impeded – and the food industry, of course, was impacted.

8. Why does drought even happen?

There is ongoing discussion over who is most at blame for drought conditions – people, or natural change. However, droughts certainly occurred during the ice age, and were followed by heavy rainfall. Geologists are able to date material such as dust in ice flows and organic matter in rocks to verify how much water was available!

9. African drought is a known concern.

Africa, as a continent, has been subject to incredible stretches of drought over the years. In fact, between the years of 1969 and 1980, it’s thought that 150 million people may have been affected by drought.

10. Planning for drought is not straightforward.

It’s not always easy to predict drought despite the latest technologies. Measuring a drought can take serious time – as its effects may not truly emerge for weeks on end. 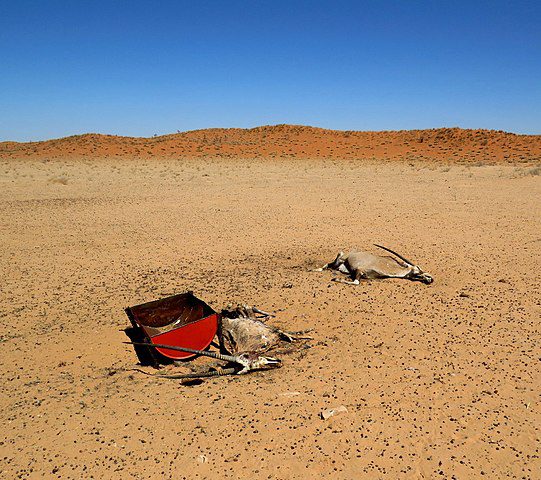 Unfortunately, lots of environmental factors can create or cause drought. For example, drought can emerge through deforestation as well as through climate change.

How can we stop drought?

We may be able to prevent drought from occurring by limiting how much water we use each day - by turning off the faucets when not in use, for example!

Droughts can be natural disasters, however, they can also arise through water mismanagement as well as through climate change.

Do you know any interesting facts about drought? Share them in the comments below!