If you’ve ever felt the ground rumble, you might just have experienced an earthquake.  Earthquakes are natural events which can occur all over the world.

While they are often minor and safe, bigger quakes can be devastating.  They are a natural phenomenon which we can protect against, but they are often hard to predict.  Here are some interesting facts about earthquakes from all over the globe.

Earthquakes were traditionally measured on the Richter scale; however, a more modern system is the magnitude scale, which works out how big a tremor is based on the energy is disperses.

2.   Earthquakes are usually short… but devastating

Earthquakes never seem to last too long. While their shocks can be devastating, you will rarely feel or experience one for longer than a minute. 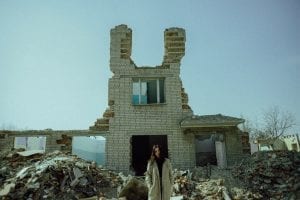 4.   The most common cause for earthquakes

However, earthquakes commonly arise due to shifts in the planet’s tectonic plates. This means that the Earth’s crust can break as its plates move around beneath us.  These breaks and cracks can cause huge pockets of energy to burst forth, thus creating a quake or tremor.

5.   Earthquakes happen in an instant

Tectonic plates generally never move too far each year, however. They move along around 7.6cm annually.  Double this, however, and you’re likely to feel a momentous earthquake – which, as you well know, can happen easily.

6.   There are more earthquakes in a day than you think!

The US’ National Earthquake Information Center, or NEIC, is responsible for keeping track of quakes and tremors which arise all over the planet. They note and record around 50 earthquakes a day on average!

7.   Most earthquakes are barely noticed

That being said, the NEIC believes that there are countless more earthquakes – possibly millions – which go under the radar. That’s because many of them are so tiny, they barely register any impact!

8.   However, others can be catastrophic

Earthquakes below 3.0 on the magnitude scale are likely to go unnoticed. However, anything more than 7.0 is disastrous.  Quakes above 9.0 have the power to destroy entire cities.

Earthquakes are said to have killed more than 13 million people since records began – dating back millennia. 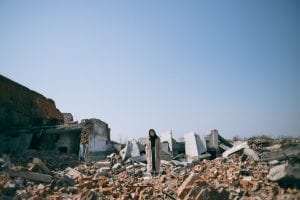 10.  You can never be prepared for an earthquake

Major earthquakes will normally have small tremors beforehand and afterwards. These are foreshocks and aftershocks.  Aftershocks are easier to prepare for than foreshocks.

11. The deadliest earthquake ever

The largest earthquake fatality in history occurred in China in the 16th Century. In Shansi, in 1556, around 830,000 reportedly lost their lives in a colossal disaster.  Since then, around 8,000 people die, on average, as a result of earthquakes.

The biggest earthquake on record is that which hit Chile in May 1960. It breached a colossal 9.5 on the magnitude scale. 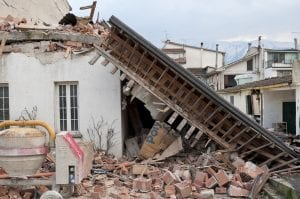 13. The Moon has moonquakes

The Moon has quakes, too! These are, naturally, known as moonquakes.  A moonquake is generally smaller than an earthquake, and the satellite feels them much less frequently than we do on Earth.  Studies show that they may arise due to tidal pressure between the Moon and our planet.

The Pacific Ocean is home to the ‘Ring of Fire’. It’s here where you will find around 75% of the world’s volcanoes and, as a result, up to 80% of the world’s earthquakes!

Where are earthquakes commonly experienced nowadays?

There are earthquakes every day across the world. Some earthquakes experienced in recent times include those in Nepal, Romania, South Carolina, California, and Panama.

What country has the most earthquakes in the world?

Japan experiences more earthquakes than any other territory on the planet. In fact, back in March of 2022, a significant earthquake with a magnitude of 7.4 on the Richter scale hit Fukushima.

Are there earthquake-proof buildings?

Engineers have tried for years to create earthquake-proof buildings. However, we have still not yet been able to create structures that can withstand the chaos. Hopefully, one day, all buildings will be able to withstand such drastic seismic events!

Do you know any interesting facts about earthquakes?  Share them in the comments section below!

Are you fascinated by seismic activity? Check out these interesting facts about Mount Vesuvius!