Over the past decade, Ed Sheeran has become nothing short of a pop phenomenon – while he may be on a bit of a break at the time of writing, the record sales and accolades he has achieved over what has been a relatively short career so far are nothing short of incredible. What is it about his songs – and talent – that inspires so many people to add his work to their record collections?

Love or hate his music, Ed Sheeran is a name that’s been hard to ignore over the past few years! In these interesting facts about Ed Sheeran, we’re going to take a look at his meteoric rise to fame, as well as a few of the incredible records – non-musical ones! – that he’s broken over the years. 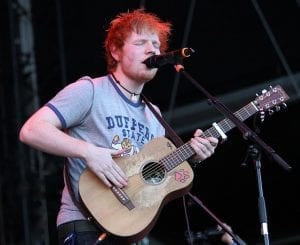 Do you know any fun facts about Ed Sheeran?  Share them in the comments below!