Looking to boost your knowledge of the countries of Europe? Take a look at these 15 fun facts about Estonia!

1. Estonia is actually a cluster!

Despite including around 1,500 islands, Estonia is a small country in Northern Europe. It is bordered by Russia to the east and Latvia to the south.

2. Estonia has a varied landscape

The terrain here ranges throughout the country, with hills in the south, flat plains in the north and marshy lowlands in the centre; forests cover around half of this incredible country.

3. Estonia is gorgeous to look at! 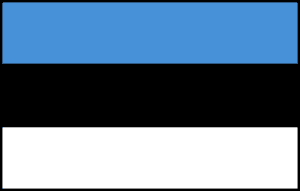 4. Estonia is surprisingly large, but sparse

Estonia’s population was 1.329 million in 2020 – that’s less than half the population of Wales! That makes it one of the least densely populated countries in Europe!

5. Estonia has an intriguing city scene

6. Estonian weather is akin to the seaside!

7. Estonia has a complex history with Russia

Estonia gained independence from the former Soviet Union in 1991, although it did experience independence on and off between 1918 and 1940.

8. It’s worth brushing up on local lingo and currency

The official language of Estonia is… Estonian!

If you’d like to sip some local beer or purchase a few local handicrafts, you’ll need to exchange your spending money for Euros.  I’m sure many of us have a few of those lying around the house! 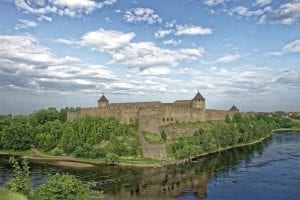 10. Estonia’s capital is free to travel across

In 2013 Tallinn became the first city in the EU to offer free public transport to residents of the city!

11. Voting is easier in Estonia than anywhere else on the planet

Estonia is the only country in the world to offer online voting for political elections! 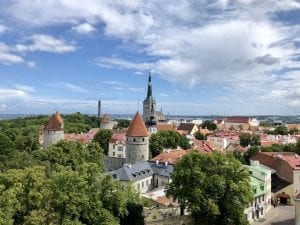 13. Estonians are masters at wife carrying!

Estonians won every Wife Carrying World Championship from 1998 to 2008 – the unusual sport where a man must carry his female partner through an obstacle course in the shortest possible time!

15. However, Estonia produces more than food

The main exports consist of wood and paper, machinery and equipment, furniture, food products and textiles.

Is Estonia an expensive country to visit and live in?

Estonia has become one of the most expensive places in the eastern bloc to visit - get saving those pennies!

Can I speak English in Estonia?

Yes - many people speak English in Estonia, as well as a variety of other European languages.

Is Estonia a religious country?

No - in fact, it is regarded as being fairly secular, meaning there is no dominating religion.

Do you know any fun facts about Estonia?  Share them in the comments below!

Are you interested in finding out more? Check out these interesting facts about Russia