High velocity and adrenalin! Formula One (F1) has been entertaining the need for speed fans for decades. F1 racing is an incredible sport known for its expensive nature. No other sport invests so much in its development and equipment as F1. It’s also one of the most competitive and dangerous sports in the world.

Whether you’re an adrenalin addict or a mere bystander on the race track, we’ve prepared some fun facts about Formula One that will surely keep you up to speed…

Formula One racing launched over 70 years ago, with its first race on 13th May 1950.  It remains as entertaining today as it was when it started.

2. It’s had a few different names.

The first world Formula One championship race had two titles.

Officially it was the Grand Prix d’Europe, but as the race was held on UK soil it incorporated the British Grand Prix.

3. The first F1 race had royalty in attendance!

On the very first F1 Grand Prix, around 120,000 spectators lined the track on race day. The most significant spectators were his Royal Highness King George VI, Queen Elizabeth, Princess Margaret, and Lord and Lady Mountbatten. 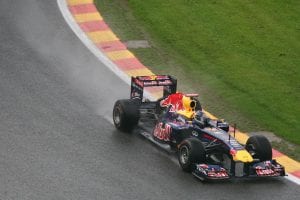 F1 cars are famous for super fast acceleration from 0 to 100 mph, but what is more interesting is how they can get back to 0 in just 4 seconds.

F1 drivers go through a lot of training to help them apply brakes sharply when approaching corners. F1 racing is a game of both time and speed at the same time.

F1 cars are not simply bought. They are built with their construction worth millions of dollars.

The companies don’t always mention the exact price, but the estimated cost of each vehicle is about $7 million. The cost of essential components is not included in this estimated cost. As the rules over design changes, this cost changes every year.

The brake discs of F1 race cars can reach up to 1,000 CC˚C, which is comparable to the temperature of molten lava.

Many of the F1 racing engineers have found out that it’s impossible to start the engine of an F1 car when it is cold. This is why these cars are always pre-heated before use.

An F1 race car has more than 80,000 assembled parts. Even though there are many parts, they require the highest level of precision during the assembly process.

Each F1 component has a significant role, and if they’re not fixed accurately, the race car might not perform at its best. 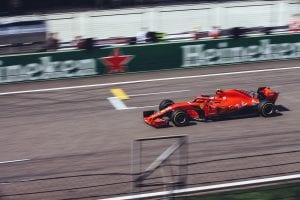 10. The engine’s done after five runs.

No matter how sophisticated a Formula 1 car engine is, it can’t last for more than five races.

Even though they can last for only five races, F1 cars’ engines aren’t so conventional and are specifically built to have a very high tolerance level.

F1 racing is one of the best ways to lose weight! The high temperatures in the cockpit is the principal reason why drivers tend to lose up to 4 kg in a single race.

Besides the drivers, the tires also lose up to 0.5 KGS in a single race. The high driving speed, sudden brakes, and many other factors contribute to the weight loss of the tires.

12. Helmets are made of tough stuff.

The helmets used for F1 are among the toughest in the world, having in mind the injuries and accidents that happen during the race which can affect the neck and the head.

F1 helmets are designed to be very light and go through vigourous destruction and deformation tests before they can be used. 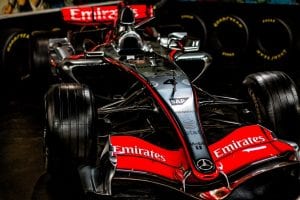 13. Lombardi is a trailblazer.

Lella Lombardi holds the record as the most successful female driver. Her racing careeer started in July 1974. She drove a total 17 grand prix and is still the only female F1 driver to finish in the top 6 of a World Championship race.

Under the right conditions, a Formula 1 car can drive upside down! The massive aerodynamic downforce created by an F1 car at speed is what makes this possible.

15. Hundreds of F1 crew turn out for each race.

F1 racing fans tend to see a few people at the trackside on a race day, but there are many more people on the team, up to 600, to be precise. 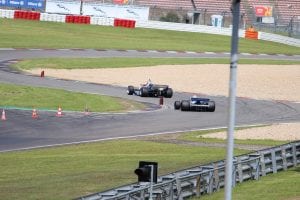 With the growth in technology, F1 steering wheels develop by the year and have up to 20 buttons. Each of these buttons has special functions to make the race possible and effective.

For easy identification, every car and driver in Formula 1 is always assigned a number.

The number 13 has only been assigned twice in the history of F1 racing, in the 1963 Mexico Grand Prix and the 1976 British Grand Prix.

Since 2009, refueling has been banned. This means that F1 cars are now forced to run on the same tank of gas for the entire race. 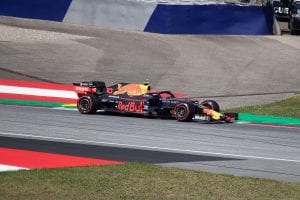 The F1 car tires are replaced by the crew in an incredible 3 seconds!

For the 2004 Monaco Grand Prix, Mark Webber and Christian Klien’s Jaguar F1 cars were each tailored with £150,000 diamonds, to promote the film Ocean’s 12. 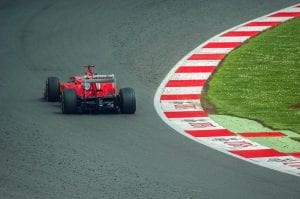 FAQs about Formula One

Do women drive in Formula One?

Formula One tends to be male-dominated, with only two women ever having qualified to race in a Grand Prix.

How do F1 drivers pee?

Gross but true - as there’s no time to head to the toilet during a race, they can pee in their suits. However, they always go to the bathroom before they take to the track!

Who is the fastest F1 driver ever?

Based on the number of fastest laps earned across a career, Michael Schumacher remains king, ahead of Lewis Hamilton.

Do you know any fun facts about F1? Share them in the comments below!