Foxes are some of the most famous creatures living in our green and urban areas.  But, as it turns out, they’re actually pretty misunderstood, too!  How much do you know about the wily fox?  Here are more than a few fun facts about foxes to help broaden your mind.

While foxes belong to the same family as dogs, they are actually a lot like cats when it comes to hunting. For example, you are likely to see a fox stalk its prey with a lot of poise and grace!

In fact, foxes have very similar eyes to cats – they have vertical pupils!

Foxes are covered in whiskers. These aren’t just for show, however – as they help as navigational aids.  Foxes tend to know where they’re going!

3. Foxes stick with us for quite a while.

The average fox can live up to around 14 years old, similar to most dogs. 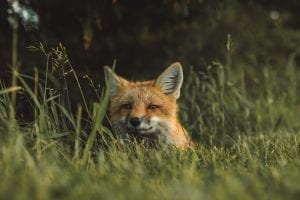 A fox can generally run quite fast – they are known to reach up to 30 miles per hour on average.

5. There are more types of fox than you might think.

Foxes come in all kinds of colors and breeds. In fact, one of the most common is the red fox, though there are actually 280 variants of this type!  They are commonly found across the UK and North America.

6. Not everyone likes foxes.

In Australia, foxes are seen as invasive. Australia has a very protective ecosystem thanks to its far removal from the rest of the world.  Therefore, fox population growth is a no-no.

While dogs and wolves are very much pack animals, foxes buck the trend. Again, like cats, they are quite solitary.  They will often hunt on their own rather than with others.

Foxes have their own detailed, complex language system. It’s said that they have almost 30 different types of call they use when they do want to speak to one another.

A fox is a forager. Much like other wild animals, foxes will hunt for food and store it for safe keeping.  There’s no telling who might come along and steal it otherwise! 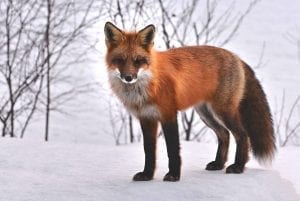 10. Some foxes are seriously small.

The smallest fox in the world is the fennec, and it’s native to the Sahara Desert. It’s nocturnal due to the immense daytime heat.  However, it receives plenty of protection while walking around thanks to the fur on its paws.

11. The fox can hear pretty much everything.

Red foxes, in particular, have incredible hearing abilities. They can hear even the slightest of sounds over 35 meters away.  That’s why they are so good at reacting quickly to potential threats!

The fox is a playful beast, much in line with dogs and wolves. While it is not recommended that you keep a fox as a pet, many people have been successful in domesticating them.

However, a fox should always be treated as a wild animal – they are not as approachable as dogs and may be dangerous! 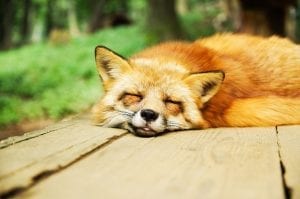 In 2011, an urban fox was found living on the 72nd floor of the Shard in London, one of the tallest buildings on the continent. Romeo, the fox in question, was safely rescued and brought back down to Earth.

Foxes don’t pose much danger to humans, short of carrying rabies in rare cases - though no one in the UK has ever caught rabies off a fox.

What do foxes kill?

Do you have a spare day or two? Foxes hunt down smaller prey such as rats, rabbits, chickens, and even frogs.

How do I humanely deter a fox?

Foxes have exceptional senses of smell, which means if you create a pungent mix of garlic and boiling water, they will likely steer well clear.

How fast can a fox run?

Do you know any fun facts about foxes?  Share them in the comments below!