Who doesn’t love a Friday? Often the end of the working week for many people, it’s that time when people can start to look forward to taking a few hours out to relax and spend time with loved ones. But what are some fun facts about Friday you might not know about?

Friday is a day with plenty of interesting facts riding on it – and here are just a few of them to help you get started.

The word ‘Friday’ in itself is an interesting one. It’s thought to derive from Old English, specifically from the word Frigedaeg. This word is associated with the goddess Frigg, and the Dutch and German words for Friday follow a very similar pattern.

2.  There’s some dispute over the name.

Some schools of thought believe that the word Friday originates from the influence of Freya, the fertility goddess.

3.  Friday is an important day.

There are many important Fridays in the modern calendar. In particular, Christians follow Good Friday, which is the day that commemorates Jesus Christ’s resurrection. The days that follow cover Easter and celebrate his rising from the dead. 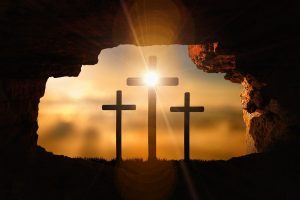 Friday might be a great day for many people, but it’s actually seen as bad luck by a lot of people. For seafarers and sailors, it is considered extremely bad luck to set sail on a Friday – so if you’re ever captaining a vessel, never suggest a Friday launch if you can help it.

5. One Friday, in fact, is notorious for this!

The most feared day on the whole calendar is one which occurs more often than you might think – Friday 13th. This supposedly unlucky date of course lent itself to a series of popular and pretty grisly horror movies. There is even a phobia named after the phenomenon – paraskavedekatriaphobia. That’s a mouthful to say the least!

6. There’s logic in the superstition.

The idea of Fridays being unlucky also seems to strangely lend itself to accident data from insurance companies. Research and data collation appears to suggest that more people have accidents on a Friday than any other day of the week.

7.  Fridays can be dangerous.

Fridays are, statistically, supposed to be the days of the week where war is mostly likely to be declared. Seems as though leaders prefer starting conflicts at weekends, though we can’t really figure that logic out.

8.  Ever heard of casual Friday?

Friday tends to be ‘casual day’ in many workplaces and offices. This is because the work week starts to blend into the weekend from here, meaning that many firms are happy for their staff to relax a little on the last office day of the week.

Black Friday is a popular event day in the US which has transferred over to the UK in recent years. This tends to be the day after Thanksgiving is celebrated, and it is when shops and stores set up amazing knock-down deals and rates on items for the home and garden. Unfortunately, Black Friday scrambles can lead to some pretty intense shopping scenarios. 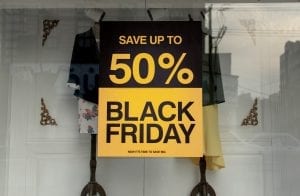 10.  Friday is something of an artificial creation.

The concept of a seven-day week is, believe it or not, designated through human creation and organisation alone! The way the Sun and planets align actually revolve around monthly cycles. It’s thought that Fridays only exist thanks to the intervention of the ancient Babylonians, who were fairly obsessed with the number seven.

Friday, on the whole, seems to be the most successful day to apply for a job. Therefore, it might be worth starting your weekend right and filing that application as soon as you can before you clock out.

In Thailand, Friday is generally associated with the color blue.

Friday tends to be the most common day for cyberattacks. Therefore, if you’re going to head online without any kind of protection, you’d probably better not do it at the end of the week! Or, if possible, try and set up virus protection and firewall regardless!

Generally, Friday is a day associated with the planet Venus, as well as star signs such as Taurus and Libra.

There is such a thing as a Friday feeling – as traditionally, the end of the working week means two days of relaxation ahead. In the US, this is known as the TGIF feeling, which otherwise stands for Thank God It’s Friday. 90s TV chat show TFI Friday used a similar phrase, but one that’s much too crude for this fact file!

Is Friday a popular name?

It’s actually a name that is gender-neutral - and it means ‘Day of Frigga’ when given to a person.

Is Friday a lucky day?

Despite the infamous ‘curse’ of Friday 13th, Fridays have actually been seen as very lucky days for some time.

Do some people fear Friday?

Yes, there is a genuine phobia named after a fear of Friday 13th. It’s called Friggatriskaidekaphobia!

Do you know any fun facts about Friday?  Share them in the comments below!