Admired for his nonviolent viewpoint of passive confrontation, Mohandas Karamchand Gandhi was known to his many followers as Mahatma, the Sanskrit word for “the great-souled one.” He began his activism in South Africa in the early 1900s, and in the years after World War I, became the prominent figure in India’s struggle for independence. Well-known for his nonviolent campaigns of civil disobedience he became an international symbol of peace and human rights. Gandhi was and remains an inspiration for many worldwide.

If “The future depends on what we do in the present”, let’s take immediate action and go through these interesting facts about Gandhi and start shaping our future!

Mohandas Karamchand Gandhi (Mahatma Gandhi) was born on the 2nd of October, 1869.

Gandhi’s father’s name was Karamchand. He received the honorable title Mahatma in 1914. His father served as chief minister of the Porbandar state.

2. Gandhi learned a lot from his mother.

Gandhi’s religious mother was a dedicated practitioner of Vaishnavism, an ascetic religion governed by principles of self-discipline and nonviolence.

At the age of 19, Gandhi left home to study law at the Inner Temple, in London. 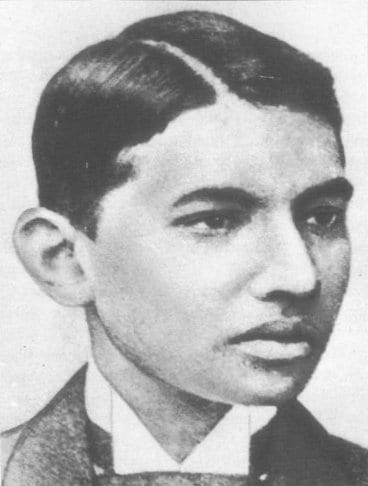 Gandhi in his younger years

4. He wasn’t great at penmanship!

He was famous in the faculty for his bad handwriting.

5. He returned to his homeland to practice as a solicitor.

In mid-1891 upon returning to India he set up a law practice in Bombay, but he had little success. Gandhi accepted a position with an Indian firm that sent him to its office in South Africa.

6. He’d eventually move to South Africa for a whole generation.

Gandhi stayed in South Africa for nearly 20 years with his wife, Kasturbai, and their children.

He was imprisoned many times during his life in South Africa.

8. He had a few honorary names.

Besides independence, Gandhi fought for civil rights for women, the abolition of the caste system, and the fair treatment of all people regardless of religion.

He insisted on fair treatment for the untouchables, India’s lowest class. Gandhi endured many hunger strikes to support the cause.

For Gandhi, the untouchables “Harijans” were “children of God.” 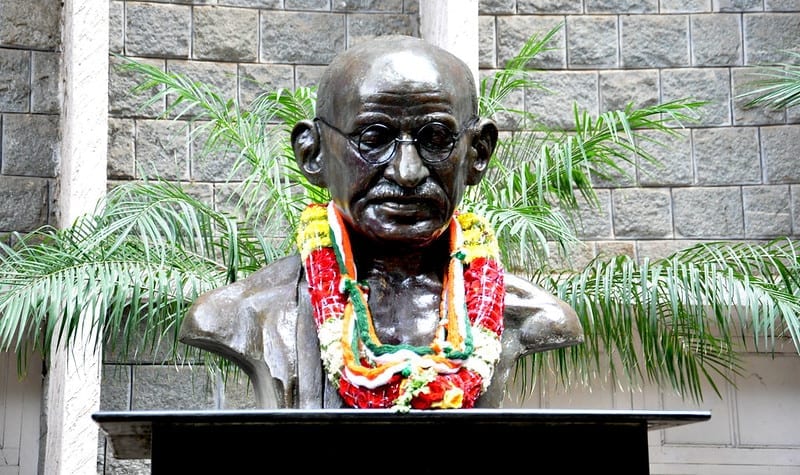 For 5 years Gandhi ate fruit, nuts, and seeds but he moved back to strict vegetarianism after suffering health problems. He believed that each person should find their diet that works best.

Gandhi spent decades experimenting with food, classifying the results, and changing his eating choices which resulted in the book “The Moral Basis of Vegetarianism”.

Government nutritionists were summoned to explain how Gandhi could endure 21 days without food.

13. He was something of an anarchic figure.

The British government didn’t allow official photos of Gandhi while he was fasting, fearing additional encouragement of the independence drive.

Gandhi was a philosophical anarchist and he didn’t want an established government in India. He believed that if everyone accepted nonviolence and a good moral code they could be self-governing. 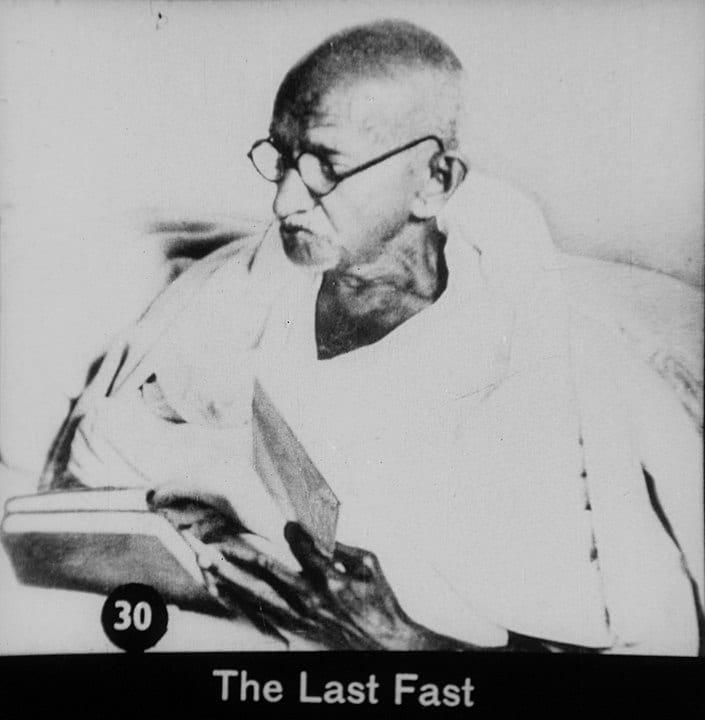 15. He didn’t see eye to eye with British politicians.

Winston Churchill was one of Gandhi’s most open political critics.

16. Gandhi was married for most of his life.

Gandhi was wed at age 13 through a prearranged marriage to Kasturbai Makhanji Kapadia. They were married for 62 years.

They had their first child when Gandhi was 16 years old. The child died just a few days later, but the couple had four sons before he took an oath of celibacy.

17. Gandhi actually helped the war effort – in WWI, but not WWII.

Despite being famous for nonviolence and contribution to the Indian independence movement, he recruited Indians to fight for Britain during World War I. Gandhi opposed India’s participation in World War II.

18. Gandhi led a march that resulted in mass arrests.

In April-May 1930 during the famous Salt March, thousands of Indians followed Gandhi from Ahmadabad to the Arabian Sea. The march caused the arrest of nearly 60,000 people, counting Gandhi himself. 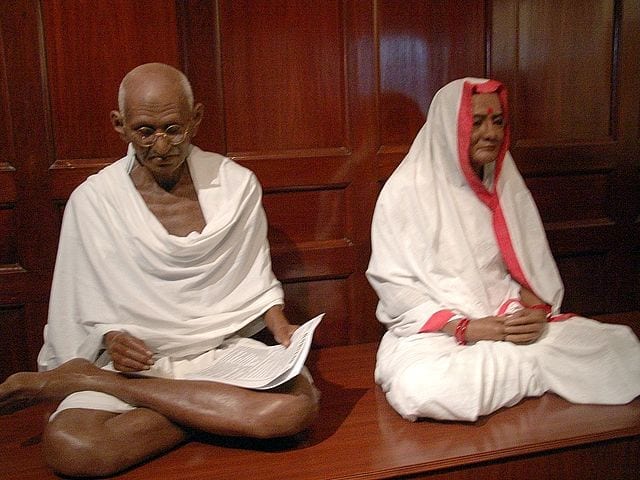 19. He was recognised by the US press.

Kasturbai, Gandhi’s wife died in 1944 while confined in the Aga Khan Palace. The 22nd of February, the day of her death is celebrated as Mother’s Day in India.

21. Gandhi was released from prison on a technicality.

Gandhi was freed from prison only because he caught malaria, and British officials were afraid of an uprising if he, too, died in prison.

Due to his ascetic lifestyle and Hindu faith, he often dressed only in a loincloth and shawl. 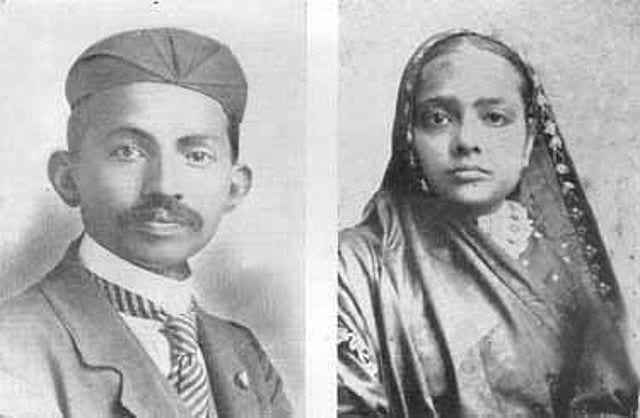 23. Gandhi is largely credited with helping India break away.

Gandhi’s actions kindled world awareness and ultimately led to India’s independence from the British on the 15th of August, 1947.

24. He also worked hard to unite different religions in peace.

After Partition in 1947, he continued to work toward peace between Hindus and Muslims.

25. However, he was assassinated.

In January 1948, Gandhi was shot to death in Delhi by a Hindu fundamentalist. He was shot three times at point-blank range.

26. His funeral was attended by mourners from far and wide.

More than two million people were present at Gandhi’s funeral. His epitaph on his memorial in New Delhi contains his last words “Oh God”. 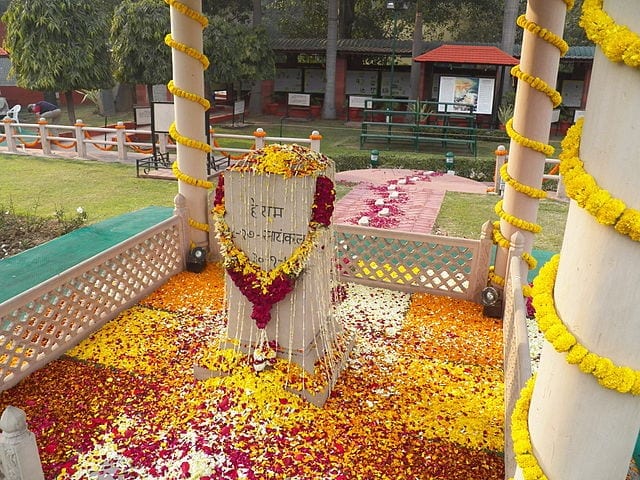 27. His life was celebrated on celluloid.

In 1982, Gandhi, the movie, won the Academy Award for the best motion picture.

Mahatma Gandhi’s image is on all values of Indian rupees printed since 1996.

29. He hated the idea of being worshipped.

He also acknowledged that he had nothing new to teach the world. For him, truth and non-violence were as old as the hills.

The urn once containing Mahatma Gandhi’s ashes is at a shrine in Los Angeles, California, now. 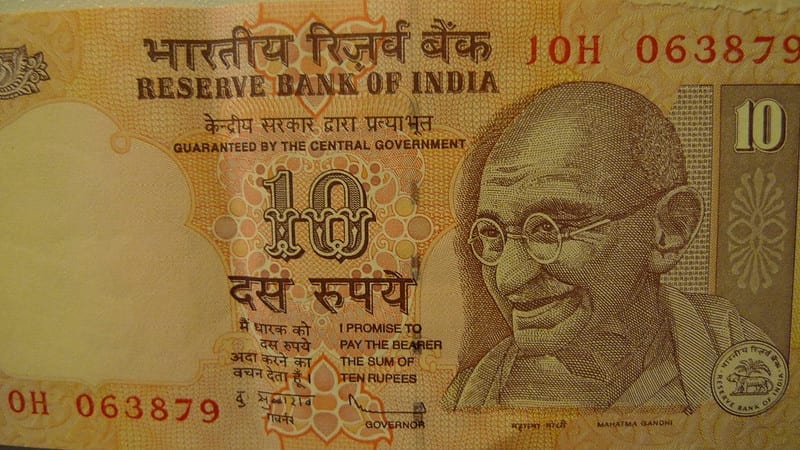 31. He was seen as a pivotal voice for change.

Gandhi, known in India as the “father of the nation,” was an influential voice for peace during a very volatile time in India’s history. His famous hunger strikes and non-violent messages helped to unite the country.

Mahatma Gandhi communicated with a lot of renowned people through letters. Amongst them were Tolstoy, Einstein, Hitler, and Charlie Chaplin.

33. He is thought to be one of the most important Civil Rights leaders in history.

Gandhi was accountable for the Civil Rights movement in four continents and twelve countries.

He was nominated for the Nobel Peace Prize five times. 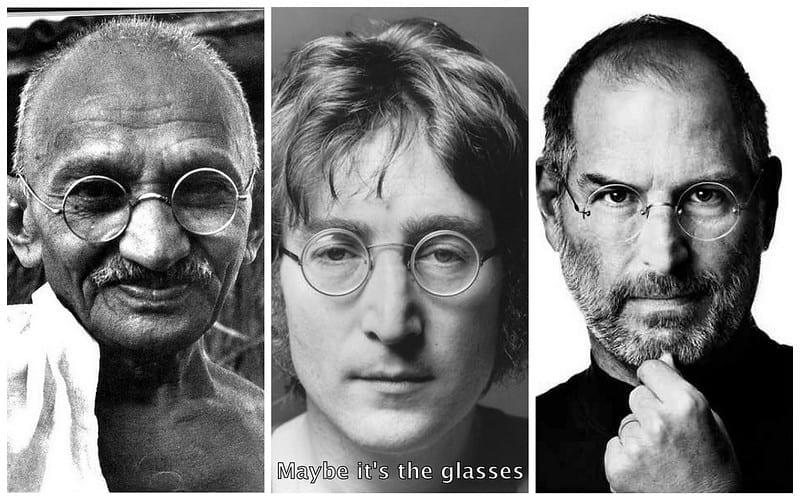 Steve Jobs’ round glasses were not only similar to Gandhi’s but also a tribute to him.

Who played Gandhi in the movie about his life?

What was Gandhi’s most famous quote?

Why was Gandhi assassinated?

Gandhi was shot dead by an extremist, a Hindu who greatly opposed his attempts to bring Muslims and Hindus together.

Do you know any interesting facts about Gandhi? Share them in the comments below!