We’ve all seen German Shepherds in impressive uniforms, on rescue missions, and as imposing guard dogs. But despite these furry canines’ tough reputation, they are also known for being incredibly affectionate, loyal, and sweet. So, let’s get to know our hard-working four-legged friends better! Here are ten fun facts about German Shepherds!

1. How much is that puppy in the window?

German Shepherds are some of the most popularly adopted dogs in the US! Also known as Alsatians, this breed is one of the most recognizable in the entire world – they’re very striking to look at, too!

During the first World War, German Shepherds were actually deployed by German troops to help serve in battle. They used to help bring first aid to wounded soldiers after conflicts. They were also used as guard dogs, post-dogs, and even to provide company for dying soldiers.

After the terrorist attacks on 9/11, German Shepherds were used as search and rescue dogs, looking for survivors in the ruins of the World Trade Centre. They were also used to comfort the workers and families. Is there anything these dogs can’t do? 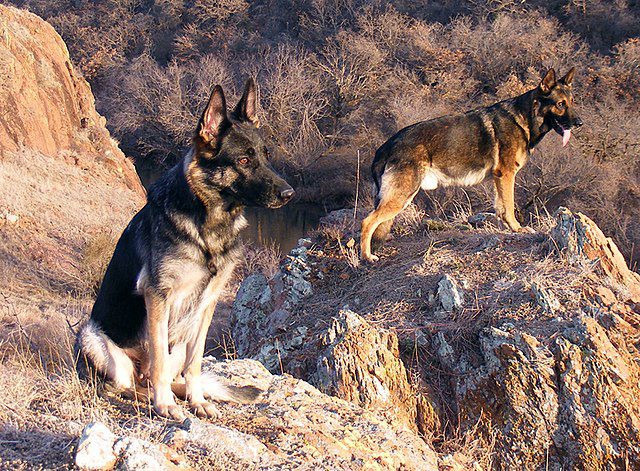 A German Shepherd bitch and dog

While they can look a little scary to some people, German Shepherds are very social dogs! In fact, when left alone for too long, these dogs can become very bored and even anxious! So, if you work long hours, maybe consider getting a cat instead… they can be highly destructive if not given the opportunity to burn off steam.

Although we often see them as working dogs, even untrained German Shepherds have been known to perform miracles. They have been seen jumping in front of bullets for their owners, looking for help, and even saving people from drowning.

7. German Shepherds have been to the movies.

After World War I, a German Shepherd named Rin Tin Tin was brought back to the US by American soldier Duncan Lee. Lee trained the dog himself to work in silent films. Rin Tin Tin went on to become one of Warner Bros.’ Biggest stars, receiving tens of thousands of fan letters every week!

German Shepherds are considered the third most intelligent dogs in the world, behind Border Collies and Poodles. German Shepherds can understand and react to new commands after five tries and are obedient dogs – providing you give them enough time and patience. 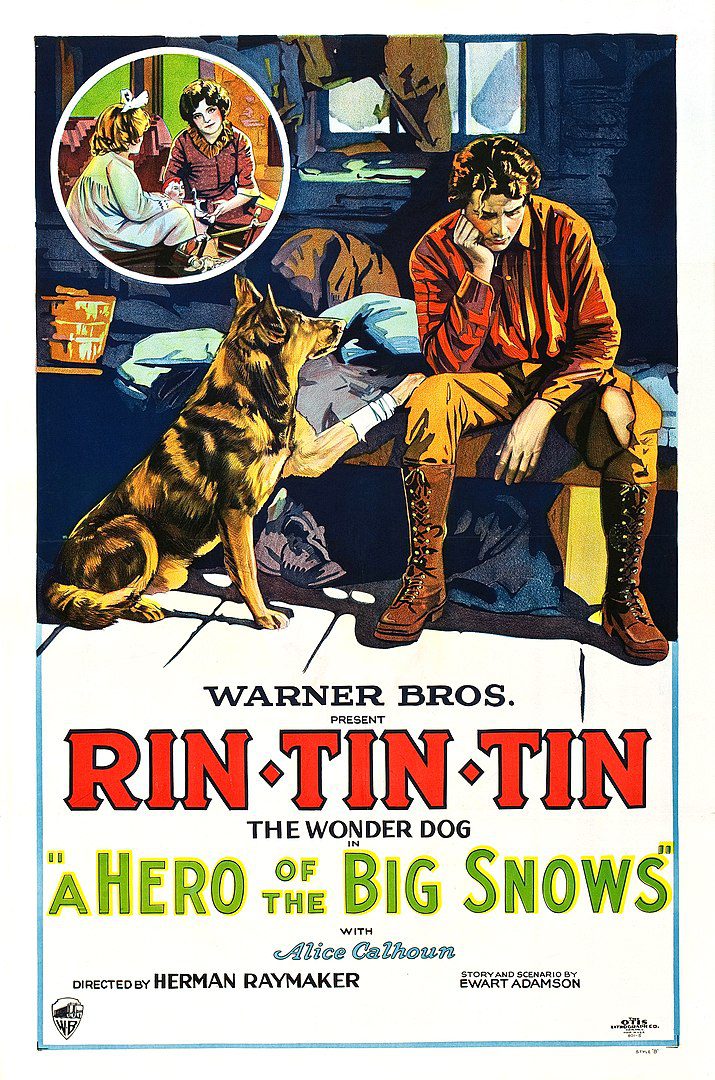 As the name suggests, German Shepherds as we know them came from Germany. They were originally bred by former German cavalry officer Captain Max Emil Friedrich. He first noticed the impressive breed in 1899 at a dog show.

To ensure that German Shepherds grew in popularity, Friedrich contacted police departments, army officers, and service workers across the nation. He told them that this new dog breed was very intelligent, athletic, impossible to wear out, loyal, obedient, and easy to train. As it turned out – he was right! 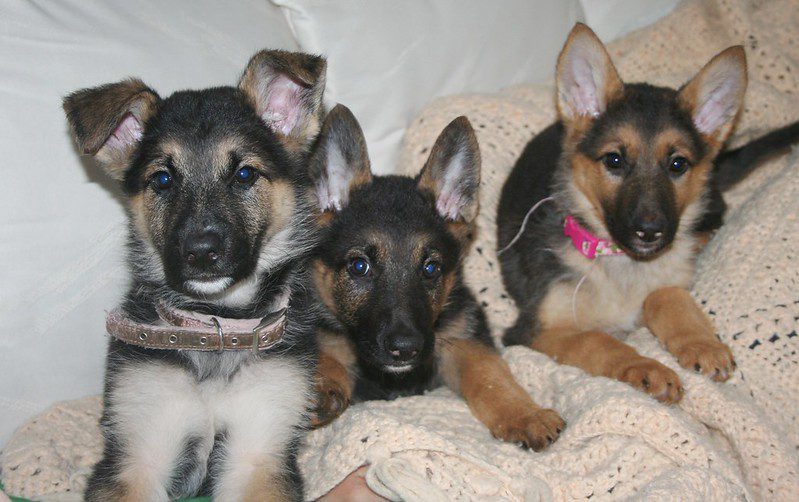 Yes, German Shepherds make fantastic family dogs! Although they may sometimes look mean, this is rarely the case. They are very easy to train, loyal, and loving, providing you give them enough time and space. As long as you have the time and energy to play with them and exercise them during the day, German Shepherds can be the perfect companions for you and your family members.

Yes, German Shepherds do shed. In fact, they shed a lot! Maintaining their coat is essential, but even well-maintained coats will leave fur all over your furniture, car, and clothes. Better grab the sticky roller!

What are some common issues with German Shepherds?

As wonderful as they are, German Shepherds are known for having certain health issues and developing them over time. Some of their most common issues include hip dysplasia, epilepsy, and diabetes.

Do you know any fun facts about German Shepherds? Share them in the comments below!

This page was last modified on August 6, 2022. Suggest an edit