Gin is one of the world’s most popular alcoholic spirits. Not usually drank neat, but with a tonic or as part of a cocktail – here’s some interesting and some fun facts about gin for you to enjoy…

Gin is a clear alcoholic spirit, traditionally made from juniper berries and has a very piney and biting taste.

The origins of gin are unclear, but in 17th Century Holland it was sold in chemists as a medicine to treat stomach complaints.

3.    It’s responsible for an enduring phrase.

It was also given to Dutch soldiers before going in to battle, hence the term “Dutch courage”. 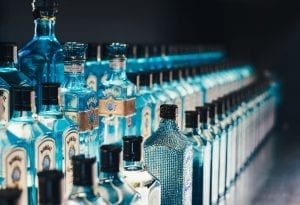 4.    Gin used to be rationed out to servicepeople.

These days gin is commonly used in cocktails and mixers – the most famous include Negroni, Vesper (James Bond’s favourite tipple), Singapore Sling, and of course, gin and tonic.

Gin and Tonic was born in India during the 19th Century in a bid to prevent malaria.  Gin was added to tonic to make it taste less bitter.

8.    The gin drinking capital of the world might surprise you.

The people of the Philippines drink more gin (per person) than any other country.

James Bond’s drink, The Vesper, contains gin, vodka, vermouth and a twist of lemon.  Shaken, not stirred of course. 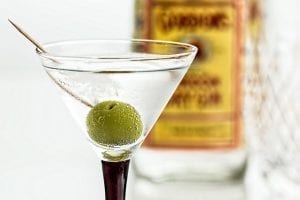 10. Gin is probably the healthiest of all the booze out there.

Gin is one of the least calorific alcoholic drinks you can choose, with just 54 calories per shot (25ml).

Did you know, there’s a World Gin Day? It’s celebrated each year on the second Saturday in June! 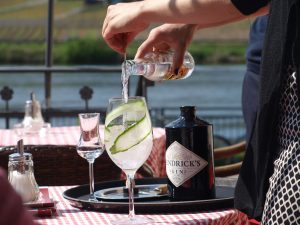 Which country is the biggest exporter of gin in the world?

The United Kingdom is the biggest exporter of gin in the world - they reportedly made £672 million exporting the spirit in 2019!

How many registered gin distilleries are there in the United Kingdom?

At the close of 2019, the UK had around 361 different gin distilleries!

How big is the gin industry?

The gin industry is massive on a global scale - it’s said to be worth around $14 billion!

Do you know any fun facts about gin?  Share them in the comments below!

Are you fascinated with alcoholid drinks? Check out these fun facts about wine…