Global warming is a topic that still seems to be causing a bit of a stir. Scientific studies across the decades show that our planet is getting warmer. This not only means that our polar ice caps are at risk of melting, but it also means that we could be saying goodbye to many species of animal and plants which are unable to persist.

Humanity is responsible for a huge amount of CO2 in the atmosphere. We are supposedly living in a time when there has never been more of it – and there are still many people who are refusing to make changes to help protect the planet, as well as future generations of people and various species of animal.

In this fact file, we are going to take the time to sort through interesting facts about global warming which are worth knowing about the current climate crisis. Did you know that deforestation is doing just as much bad as car pollution for our atmosphere? Do you know just what’s at risk from climate change? Be sure to do further background reading on this topic – as it’s important we all do our part to protect the planet.

1. We’ve known about global warming for a long time.

Svante Arrhenius, a Swedish scientist, is perhaps the first to have stated that he felt the burning of fossil fuels may cause global warming. The year was 1896!

2. Is ‘climate change’ the same as global warming?

‘Climate change’ is another term used to describe the evolution of our planet’s atmosphere. However, some feel the term is too comfortable for such a burning issue.

3. Bovines have a part to play.

Industrial activity creates less methane gas than cows! 20% of the methane gas in the atmosphere of the US comes directly from cow orifices. 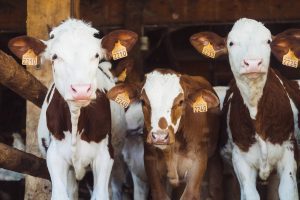 4. Sadly, some species have died as a result of the greenhouse effect.

The first known species to become extinct as a result of global warming was the Golden Toad.

5. The world is getting warmer, and we have proof.

Record-breaking high global temperatures have been achieved in just the past 20 years. 2019 was the second-warmest year on record globally, with the planet being around 1.8 degrees warmer – on average – compared to 20th century figures.

7. Why is it called the ‘Greenhouse Effect’?

Sometimes known as the ‘Greenhouse Effect’, the variable temperature of the planet is likened to those affecting plant life in greenhouses. Too many gases would cause the planet to overheat and destroy life, and too much reduction in gases would mean earth would become too cold and life would be destroyed.

8. We’ve lost a lot of coral over the years.

During 1998, 16% of the world’s coral reefs were lost. Thermal stress, the bleaching of the coral and an increase in infectious disease were all factors accelerated by global warming.

9. Some sea voyages are easier now thanks to global warming – not that it’s a good thing.

Due to rising sea levels, ships can pass through the Northwest Passage of North West America where previously the shallow water was too hazardous! 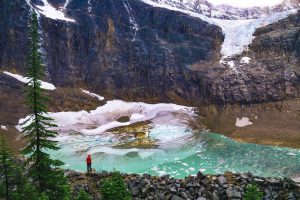 We’re witnessing more CO2 in our atmosphere now than at any single point in over 800,000 years of natural history. It’s not a positive trend.

11. The sea is encroaching on the land.

What’s more, the sea level is said to have risen by around eight inches in the past 150 years alone.

12. Fossil fuels are still in wide use.

China is continuing to press ahead with building 520 coal based electrical power stations over the 2020s. This is equivalent to one new facility opening every week! 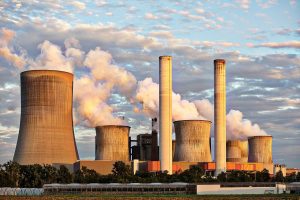 13. Coal is a major cause of the problems we face.

30% of global CO2 emissions are caused by burning coal.

Deforestation has a major impact in reducing the ability of the eco system to remove greenhouses gases from the air.

It’s thought around 11% of human gas emission stems from deforestation. Weirdly enough, this is roughly around the same as the impact our gas-guzzling vehicles are having.

15. We reflect the warmth we receive.

The temperature of our planet is largely created by its ability to reflect the warmth from the sun.

Heat is absorbed by greenhouse gases and they retain warmth, like a blanket surrounding the planet. The more greenhouses gases, the thicker the blanket, and the more temperatures are raised. Reducing greenhouse gases has the opposite effect. 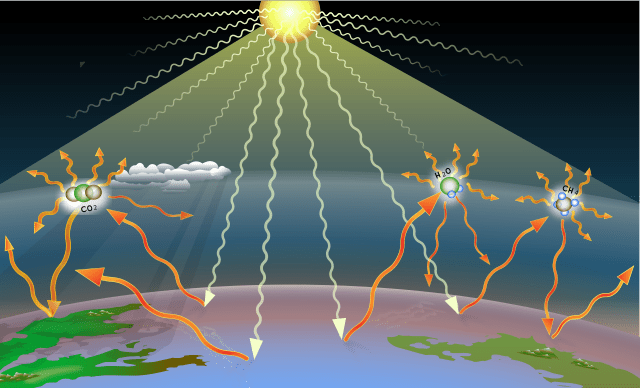 16. What are the main greenhouse gases?

Methane, carbon dioxide and water vapour are all categorised as ‘greenhouse gases’. Methane is said to be 84% more potent than carbon dioxide.

Volcanoes, too, contribute to the level of CO2 in the atmosphere. As global temperatures rise, material from old melting ice is released. Therefore, particles from ancient volcanic eruptions are released into the atmosphere!

Hydroxyl Radicals, or OH, have been called the ‘detergent of the atmosphere’!
In the atmosphere, OH is formed as the ultraviolet light of the sun reacts with water vapour in the ozone layer. This solar radiation causes a reaction known as ‘photolysis’. 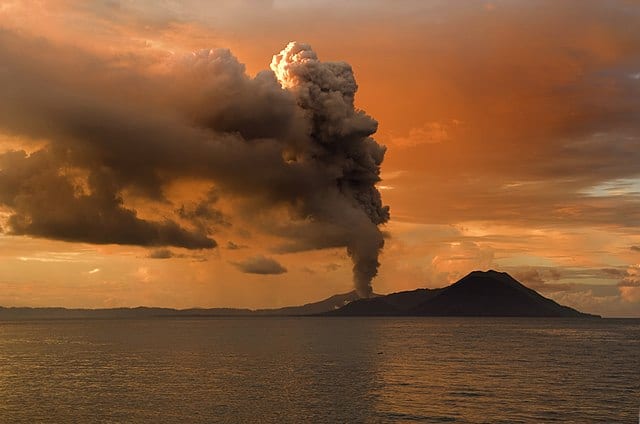 Condensation from clouds is currently being analysed, together with other atmospheric tests, to determine exactly how the ecosystem is being affected by global warming. This includes testing how high specific chemicals can travel.

Ongoing research is showing that some animals, such as fish and bird species, are changing their migration patterns as a result of global warming.

Many people agree that mankind is responsible for much of the problems the planet faces regarding global warming. This has led to a huge push to recycle waste and to move to energy-efficient power generation. 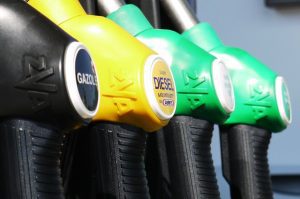 22. Scandinavia is leading the way.

Denmark has confirmed its aim to be free of using fossil fuels by 2050!

In 2020, having CO2 emissions in excess of 10.065 million tons, China is on record as being the world’s biggest polluter to date.

24. The US is actually on the right track.

Since 2017, CO2 emissions in the USA have actually decreased, with a further reduction of 150 million metric tons in 2019! 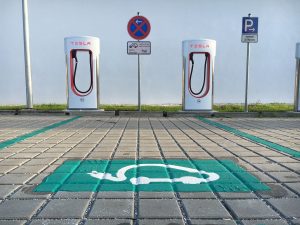 25. Britain is making pledges, too.

In 2020, the British government advised that they would be banning the sale of petrol and diesel cars by 2030. They also promised to ban the installation of gas-only boilers in new build homes.

People are at risk of fatality from global warming, too. It’s thought that climate change is helping to contribute to additional cases of heatstroke popping up around the world.

27. Believe it or not, global warming could help us colonize Mars.

Some scientists agree that global warming on Mars would be desirable in order for the planet to become suitable for humans to live there in the future!

Beijing (2005) before and after rain taken 2 days apart

Because 13 of the 15 largest GDP nations are located there! These produce an overwhelming amount of gas within their geographical boundaries.

The landscape of employment will change in line with global warming awareness - for example, jobs in fossil fuel mining are already decreasing, and electric car maintenance may change our need for traditional mechanics.

Which types of jobs will prosper due to global warming?

Jobs in technology and engineering are likely to increase, as we will all be looking for new ways to become energy-efficient.

Do you know any interesting facts about global warming? Share them in the comments below!