Using non-violent creative actions, it paves the way towards a greener, more peaceful world. Despite its values, Forbes magazine has described its systems as an impressive business model, although the organization is currently holding a non-profit status.

Does Greenpeace stand true to its values? Or is it just another business model as Forbes claims? Here are some interesting facts about Greenpeace that unveils the truth!

Greenpeace is a non-government environmental organization with offices in over 40 countries and an international coordinating body in Amsterdam, Netherlands.

Greenpeace was founded in 1971. The same year, a small group of activists intended to sail near the island of Amchitka, off the West Coast of Alaska, to witness the nuclear testing taking place by the United States.

While that particular mission failed, the Greenpeace founders felt their mission to Amchitka, and the attention it brought to the debate about nuclear testing, played a critical role in convincing President Nixon to cancel the remaining Hydrogen bomb tests.

3. They became the most prominent anti-nuclear cause worldwide.

Eventually, Greenpeace was successful in getting its anti-nuclear weapons message heard, loud and clear, across the globe. 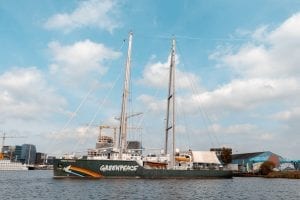 4. Who are the exact founders of Greenpeace International?

There is no recorded official founder, but the organization began with the Amchitka protest led by the small group known as Don’t Make a Wave Committee.

5. The name came from the group’s early mission.

The Amchitka mission cemented the activists’ group’s new name, Greenpeace, It is said to have been Bill Darnell who said, “Let’s make it a Green Peace.” Jim Bohlen’s son, Paul, had trouble making the words fit on a button, so he linked them together and formed the word “Greenpeace,” and it stuck.

Greenpeace states its goal is to “ensure the ability of the Earth to nurture life in all its diversity” and focuses its campaigning on worldwide issues such as climate change, deforestation, overfishing, commercial whaling, genetic engineering, and anti-nuclear issues.

The organization uses direct action, lobbying, research, and ecotage to achieve its goals.

Greenpeace received international attention during the 1980s when the French intelligence agency
bombed the Greenpeace ship Rainbow Warrior in the Auckland Harbor, killing one individual.

9. They have a full ocean fleet.

Since Greenpeace was founded, seagoing ships have played a vital role in its campaigns. The group has three ocean-going ships, the Esperanza, Arctic Sunrise and Rainbow Warrior III. 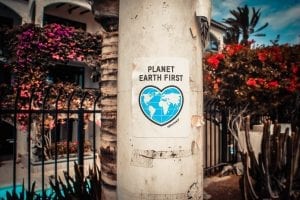 10. They have grown massively over the decades.

In the following years, Greenpeace evolved into one of the largest environmental organizations in the world.

As a non-profit organization, its run by a board of directors, titled “The Board of Stitching Greenpeace Council.” Members are voted in by volunteers and activists.

The organization employs around 150 employees worldwide and depends on volunteers to help carry out its missions.

11. It doesn’t get funded by political causes.

The global organization does not accept funding from governments, corporations, or political parties, relying on three million individual supporters and foundation grants.

Greenpeace screens all major donations to ensure it does not receive unwanted donations.

Greenpeace concentrates on the most vital threats worldwide to Earth’s biodiversity and environment. 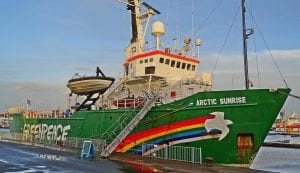 13. Greenpeace has overseen lots of success.

Its successes are numerous and in the past year alone the organization has recorded over twelve major victories. These victories include:
• the elimination of toxic chemicals from over five companies’ products
• the preservation of The Great Bear Rainforest
• the protection of a greater area of the Amazon
• a decrease in whaling practices after months of protesting
• a campaign that led Buenos Aires to implement a zero-waste policy.

14. Greenpeace has also been a source of controversy.

Its motives and methods have received criticism, including an open letter from more than 100 Nobel laureates urging Greenpeace to end its campaign against genetically modified organisms (GMOs).

Forbes magazine once described it as “a skillfully managed business” with full command of “the tools of direct mail and image manipulation — and tactics that would bring instant condemnation if practiced by a for-profit corporation.”

Greenpeace has escaped public censure by hiding behind the mask of its “non-profit” status and its US tax exemption.

Its Amsterdam-based activist moguls pull the strings on what is estimated to be a $360 million global empire. 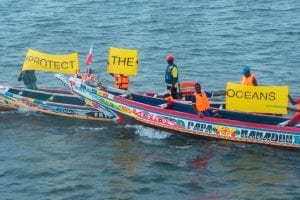 In the United States, however, Greenpeace is a relatively modest activist group, spending about $10 million per year.

Today the organization is still sticking to their original causes such as battling whaling, logging, and nuclear weapons. However, most recently, they have been campaigning against toxic by-products of consumer electronics and GE agricultural practices.

Greenpeace has also been gaining a lot of attention for their work against the aquaculture industry. They have been largely concerned with raising awareness about depleting fish stocks, biotech fisheries, and the growing threat of sea lice. 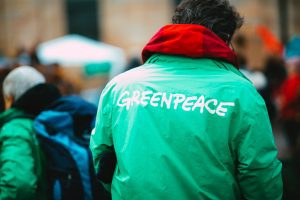 There are lots of ways to get involved with Greenpeace. Help share their campaigns on social media, create your campaign, contact the Greenpeace office in your country to see if you can volunteer or find a job in an office, or onboard a ship.

No - Greenpeace is committed to keeping donor and member data private, and never sells it on.

If you want to work as a Greenpeace canvasser, you are likely to make at least $17 per hour starting out.

How can I join Greenpeace?

Simply find your local office through their official website (linked above), or get in touch with the campaigners via social media.

Do you know any interesting facts about Greenpeace?  Share them in the comments below!