While Greenwich may otherwise have been just another area of London where its history and heritage even slightly different, the area is extremely important in helping us to tell the time – but why is this? Famous for its maritime history just as much as its time-setting importance, Greenwich is a curious little area that has more to share with you than you might imagine.

Here’s some fun facts about Greenwich, with everything you need to know – including plenty of titbits you might not know even if you’re from the area!

Greenwich is likely to be most famous for its GMT line. This stands for Greenwich Mean Time, and it relates to the Greenwich Meridian, a line of longitude that sits perfectly at 0 degrees. This means that Greenwich is at dead center in terms of the world’s lines of longitude. This makes it perfect to set a time zone by!

GMT is seen as the global standard for timekeeping. It’s where time tends to sit at ‘zero’ or ‘default’, with zones across the globe either being ahead or behind this curve. GMT also refers to London time, and it covers the whole of London, and any countries which are intersected by the meridian heading north and south.

Greenwich wasn’t always an area of London. In fact, it was traditionally a Kent borough until it became part of the County of London in 1889. By 1965, London areas were redefined, and the area very much became its own entity. 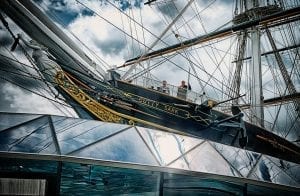 Greenwich is a hub for maritime history and heritage. In fact, you will find that it is also home to the Royal Navy College. Therefore, the region has a firm place in the running of British maritime pursuits to this very day.

5. The railway here closed due to lack of interest.

Greenwich Park had a train station up until the early 20th century, when in 1917, the line was closed as a result of poor visitor numbers, and the main Greenwich station can now be found on the London Underground.

Greenwich is, believe it or not, a UNESCO World Heritage Site. This is largely thanks to, again, its maritime importance and its longitude intersection.

7. You may well have seen it on the big screen.

Greenwich has actually been a filming location for Hollywood movies on several occasions. For example, Marvel fans might be surprised to hear that the area was used to help film battle scenes for Thor: The Dark World. It’s also been seen in movies such as Pirates of the Caribbean 4, Four Weddings and a Funeral, and even Patriot Games. This last one is particularly odd as the action is supposed to take place in Washington DC!

Greenwich even had its own royal palace – the Palace of Placentia – and it was here that monarchs such as Queen Elizabeth I and King Henry II were born.

Greenwich is, of course, also home to the Royal Observatory. This world-famous site is dedicated to measuring time, and it’s here where time measurement and standardization became a commonality. Of course, this helped local mariners in the area – and hence, Greenwich’s connection to global time was born. 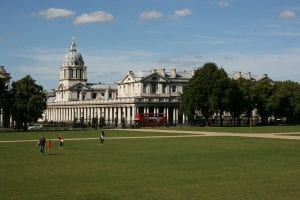 10. You can walk from Greenwich to the Isle of Dogs.

11. The Park sits on many different tunnels.

There are even more tunnels which reportedly run beneath Greenwich Park! These are thought to have originally been put in place to help deliver water to sites such as the old Royal Hospital.

Greenwich Park, in fact, is the oldest park of its kind in the UK. It’s actually a royal park, thanks to the fact that it was bought by the monarchy in 1427. This standard hasn’t changed to this day. 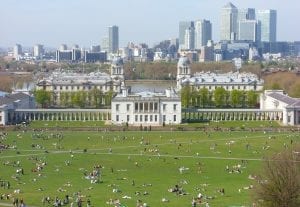 13. The Bard played to an audience here.

It’s thought that legendary playwright William Shakespeare once performed plays at Greenwich Palace – in particular, he is said to have put on comedy productions to amuse Queen Elizabeth here.

Of course, Greenwich is also well-known for the iconic O2 Arena. This multi-purpose entertainment value started life as the Millennium Dome in 2000, created as a fully-fledged exhibition center by the Labour government at the time. Reviews were mixed! 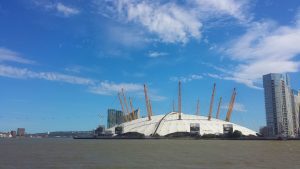 Why is Greenwich so famous?

Greenwich is super-famous for its time connections, but also for its amazing greenery and for its maritime history.

Is Greenwich worth visiting as a tourist?

Yes - especially if you like railway and maritime history!

How do you pronounce Greenwich?

Do you know any fun facts about Greenwich?  Share them in the comments below!

⛵ 12 Captivating Facts about the Cutty Sark