Halloween is an annual celebration where people dress up in frightening masks and costumes to ward off bad spirits! Here’s 15 fun facts about Halloween to get you in the mood!

1. Scary costumes have been worn for centuries!

The tradition of wearing scary costumes on Halloween comes from the ancient Celts as they believed that dressing up as demons would confuse or ward of the evil spirits who roamed the streets during Samhain.

2. Some people are actually scared of the event itself!

Samhainophobia is the fear of Halloween.

The word ‘Witch’ actually comes from an old English word meaning ‘Wise Woman’. In fact, Wiccan were once highly respected. According to a popular belief, witches held one of their two annual meetings called sabbats on Halloween. 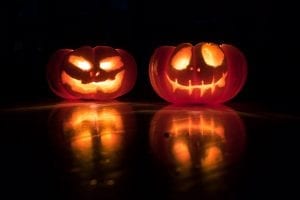 The owl is a popular Halloween symbol. In medieval times, owls were believed to be witches and to hear an owl’s call meant someone was about to die.

Black cats are another symbol of the spooky side of Halloween and seen as the familiars of witches… So, if a black cat crosses your path, you’ll be cursed with bad luck – according some beliefs! In others, black cats are considered highly lucky.

6. Keep your eyes peeled for spiders!

An old legend goes that if you see a spider on Halloween night, it means a loved one is watching over.

The world record for the heaviest pumpkin is held by Mathias Willemijns from Belgium  – the pumpkin weighed 2,624.6 pounds. While the record in terms of the ‘fastest pumpkin carved’ was claimed by Stephen Clarke from the USA who recorded a speed of 16.47 seconds.

According to a story from the late 1800s, if a young woman stared into a mirror in a dark room on Halloween, she would see the face of her future spouse.

9. Day of The Dead is a bigger deal in Mexico.

In Mexico, people celebrate the Day of the Dead on November 2nd rather than Halloween on October 31st. People celebrating will dress up as ghouls and roam the streets. 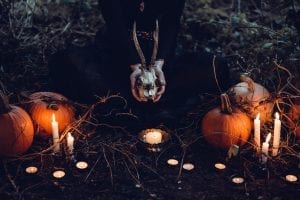 Statistics show that children are more than twice as likely to be killed while walking the streets on Halloween than on any other night of the year.

The first Jack O’Lanterns were actually made from turnips rather than pumpkins.

In 2014, the city of Vendargues, France had a terrifying problem. Adults dressed as clowns were terrorizing the town. Since then, it’s been illegal for anyone over the age of 12 to wear a clown costume or makeup on Halloween. 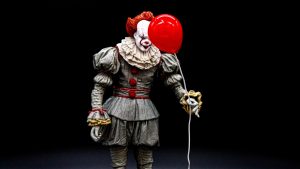 In Hong Kong, Halloween is celebrated during the ‘Festival of the Friendly Ghosts’ – food is left out and fires are lit in an effort to make angry ghosts a little happier with the living.

According to tradition, if you put your clothes on inside out and walk backwards on Halloween, you’ll see a witch at midnight.

It’s said that a child born on Halloween is said to have the ability to talk to spirits. 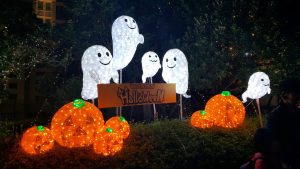 What does Halloween mean?

The word Halloween comes from ‘All Hallows’ Eve’ - it literally means ‘Hallowed Evening’.

Where did trick or treating start?

Trick or treating is believed to have roots in the original ‘All Hallows’ Eve’, where people would dress up as famous saints and visit each other!

Why is it called a Jack O’ Lantern?

The name comes from Irish legend - it refers to a character from ancient folklore called Stingy Jack! It’s thought that Irish people brought Halloween traditions to the US in the first instance.

Do you know any fun facts about Halloween?  Share them in the comments below!

This page was last modified on November 1, 2022. Suggest an edit