Hampshire is one of England’s most gorgeous unsung settlements. While it is home to hundreds of thousands of people, this historic and fascinating county is also likely to pull in tourists year in, year out. There are plenty of big attractions in the local towns and cities which are likely to appeal to people all over the country!

How much do you actually know about this English county? Let’s take a look at these fun facts about Hampshire and find out…

Hampshire is a county full of stately homes and wonderful filming locations! Highclere Castle was made famous for being the filming site for much of Downton Abbey, as well as the 1990s TV adaptation of Jeeves and Wooster.

Hampshire is famous for its wine. So much so, that it’s actually won a few awards, beating out the likes of French wines in taste testing, too.

3. Queue up for local pies!

Hampshire is, of course, proud of its local heritage and produce. Therefore, events such as the Great Hampshire Sausage and Pie Competition draw thousands of visitors each year from far and wide. However, there’s more than just sausage and pie up for tasting here, as judges and visitors will be able to sample meatballs and black pudding, too. 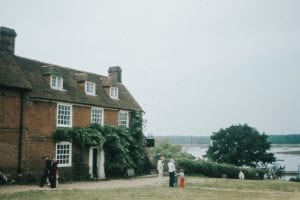 Situated along the Beaulieu River, Buckler’s Hard is a famous 18th Century shipbuilder hamlet. It’s now home to the Hampshire maritime museum. It’s thought that over 50 ships were built for navy use here over the years, including ships for Nelson.

The famous Burberry fashion line has a home in Hampshire, specifically the urban town of Basingstoke. It was the brainchild of a young draper called Thomas Burberry, and the famous Burberry patterns have gone on to adorn everyday folk and famous people since the 1850s.

Hampshire is also the birthplace of the umbrella, with Portsmouth local Jonas Hanway having first brought his concept of rain coverage from Eastern inspiration. The idea of portable rain protection wasn’t always seen as a great idea, but thankfully, Hanway persisted over decades of production.

Southsea, in Hampshire, was where Sir Arthur Conan Doyle started writing his world-famous Sherlock Holmes stories. It was here where Conan Doyle wrote the first Holmes adventure, ‘A Sturdy in Scarlet’.

Hampshire was also home to other famous authors such as Jane Austen, who has her own museum here, and Charles Dickens.

8. Let the badgers bring the crowds!

A badger biting a presenter on Blue Peter led to a mass influx of people visiting the Weyhill Wildlife Park, which would go on to become Hampshire’s hugely popular and important Hawk Conservancy Trust.

9. It’s the HQ for Captain Birdseye!

If you’re a fan of fish fingers, they have a home in Hampshire, too. Regardless of where Captain Birdseye comes into the picture, it was in Southampton where locals first got to sample cod in breadcrumbs all the way from Great Yarmouth. 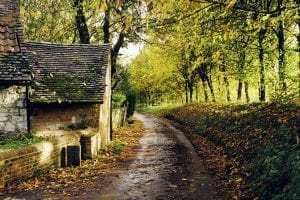 Hampshire tends to feature pretty highly on ‘best places to live’ lists. It’s thought to be the 18th best place to reside in the UK, for example.

Much of Hampshire, at least the rural end, is dominated by parkland and wide-open spaces, as well as curious Gothic architecture.

12. Hampshire was a major hub for WWII planning.

It was in Hampshire where Operation Overlord was initiated during the Second World War – at the command of US President and General Dwight D Eisenhower. 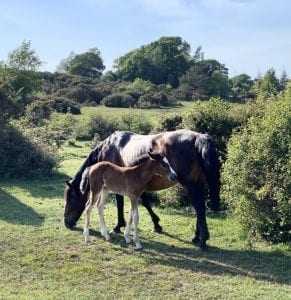 13. The national parks here are gorgeous.

There are two of the UK’s best-loved national parks based in Hampshire, as both the South Downs and the New Forest are resident here. It’s a great excuse to go walking.

14. Hampshire is well-loved for its gin, too.

If you like gin, you may wish to make a beeline for the Bombay Sapphire distillery, over in Whitchurch. Bombay Sapphire is one of the most famous gin brands on the planet, and if you book in for a tour, you might just get a free tipple on the way.

15. You can learn more about important wartime history here.

The Normandy Landings, of course, started down on the south coast, and the D-Day story is commemorated and explored at its own museum in Portsmouth. 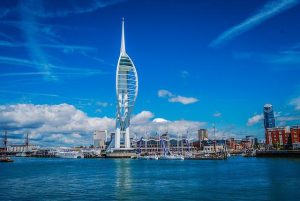 Hampshire shares borders with many of England’s best-loved rural counties. It’s possible to travel to and from Wiltshire, West Sussex, Dorset, Surrey, and Berkshire. The county is also only 70 miles from the centre of London, with ferry ports in Portsmouth and Southampton helping to connect people to the Isle of Wight and also the continent.

Posh, meaning well-to-do and sophisticated, can apply to Hampshire! It’s well-known for being a highly desirable area to live in, and what’s more, properties can fetch a pretty penny or two!

Is Hampshire safe to live in?

Hampshire is relatively safe to live in, though it is said to have a crime rate of roughly 80 misdemeanors per every thousand people.

How does the cost of living in Hampshire compare to the USA?

The cost of living in Hampshire is said to be slightly more than the US average!

Do you know any fun facts about Hampshire? Share them in the comments below!

This page was last modified on June 1, 2022. Suggest an edit