Havana, Cuba, is a colorful city that’s just as eye-catching as it is historically interesting – there are all kinds of stories worth sharing from the streets! It’s well-known for its brilliant architecture, and for being a bit of a historic throwback at the same time.

Let’s dive into some fun facts about Havana and why it might be worth exploring.

La Fortaleza de San Carlos de la Cabana, a fortress based in Havana, has daily cannon blasts! It’s a bit of a tourist ritual – the cannons blow once a day, and resident guards march in a display before the blast at 9pm daily.

2. Everyone played a part!

The Hotel Nacional de Cuba, based in downtown Havana, is a bit of a cultural mish-mash. It was actually built by Americans, and combines interesting architectural touches of Art Deco, neoclassical and more!

There’s a giant sculpture of famous revolutionary Che Guevara built in bronze on the outside of the Ministerio del Interior. It’s been there since 1995. 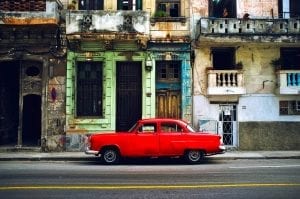 Old Havana is a magnificent, historic site that’s been recognized by UNESCO for its heritage list! The fortress array here actually houses a museum dedicated to Cuba’s maritime history.

While the forts of Old Havana may be considered historically important, they actually didn’t serve much help from a strategic standpoint. It’s based too far inland!

John Lennon Park in Havana has, fittingly, a statue dedicated to the late singer-songwriter. However, did you know that Fidel Castro once banned all music by The Beatles? This was repealed by 2000.

The John Lennon statue lacks spectacles – because they keep getting stolen. Weirdly, a local man, if he’s passing, places glasses on the statue for you if you’re looking for a photograph!

8. The city used to be British land.

Havana was indeed British property for some time – if only for around a year! This was as a result of the Seven Years’ War. It went back to the Spanish in exchange for Florida!

9. The mystery of Matias Perez is famous here!

Matias Perez was a keen hot air balloon navigator who famously set off from Parque Central, Havana in 1856. He chose to set off when winds died down, and drifted into the sky… and his balloon was never found. Neither was Perez – what on Earth happened? 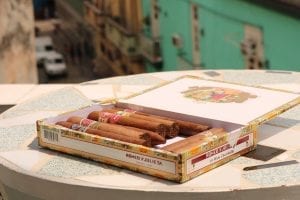 10. Four-wheeled wonders all around.

Havana is a city of fabulous vintage cars! There are reportedly 60,000 of them across Cuba, and you’ll likely see plenty of them driving around the city.

The frozen daiquiri was invented here – by a barman by the name of Constante, who ran a bar called the Floridita.

The Floridita actually used to have some famous visitors – such as author Ernest Hemingway, who has his own statue in bronze, propping up the bar! 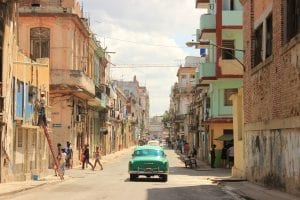 Havana is now owned by Cuba - it was once owned by the British and the Spanish, too!

Is Havana a good tourist spot?

Is alcohol cheap in Havana?

Believe it or not, yes - it’s relatively cheap to buy beer here - around $2 a bottle.

Do you know any fun facts about Havana?  Share them in the comments below!