We take them for granted but go back a few hundred years and a helicopter would have been seen as pure magic. Let’s take a look at these fun facts about helicopters that you really need to know about these flying marvels…

The world’s fastest helicopter can travel at 248 mph.

The longest nonstop trip on record is an amazing 2213 miles!

3.    A helicopter is handy in an emergency.

They can help fight fires by dropping thousands of litres of water from the air. 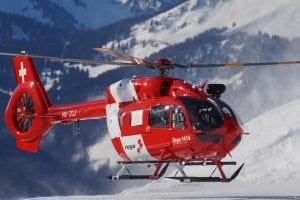 4.    Some copters can help in times of conflict.

Chinook helicopters have enough horsepower to carry a tank into battle!

They are classed as a type of rotorcraft.

6.    They can go in almost every direction.

Helicopters can go forwards, backwards, laterally, and of course hover on the spot.

7.    Did Da Vinci invent the helicopter?

Many people think that Leonardo da Vinci’s flying contraption was the first ever drawing of a helicopter. But Igor Sikorsky should have the honor of being the true inventor.

He created the VS-300 in 1939 – it was the world’s first practical design to take to the skies and featured an iconic tail rotor.

8.    Helicopter pilots have heads for heights.

One flight took the pilot to an amazing 40,820 feet above sea level. 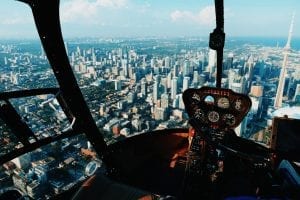 The word ‘helicopter’ comes from the Latin meaning ‘spiral wings’.

11. A helicopter won’t necessarily crash if its engine breaks down.

Autorotation means they can land in a controlled fashion with a broken down engine.

12. Helicopters can’t get everywhere, though!

The Mir diamond mine in Russia is so deep that helicopters are unable to fly over it. 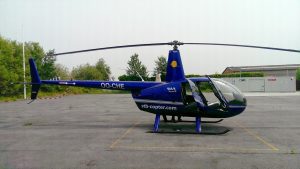 13. Some are seriously strong!

The Chinook’s blades are so strong they could hold two Apaches.

How many people can travel in a helicopter?

It varies, but there are some helicopters that can comfortably hold at least six!

What’s the best helicopter for private use?

Thinking of buying your own helicopter? You might want to secure yourself a Robinson R22, a Eurocopter 120 Colibri, or a Bell 222.

How much do private helicopters cost?

Do you know any interesting facts about helicopters?  Share them in the comments below!

Are you fascinated with aviation? Check out these fun facts about Concorde…