If you’ve ever been to Scandinavia before, then you may have fancied taking a trip over to Finland, which is by far one of the coldest countries in the whole of Europe. That’s because it’s one of the farthest north! Finland’s capital city is Helsinki, and it’s in this fact file that we are going to learn a bit more about the region’s culture, history, and even its regular temperatures.

Helsinki is certainly a city that deserves to be enjoyed up close, whether for its architecture, its music, or even for its heated paving slabs! The city is amazingly cold, however, so make sure to grab a sweater and some cocoa before taking to the streets. If you thought Britain got chilly – you’ve not reckoned for Helsinki! Here are some fun facts.

Helsinki is one of the coldest cities on the planet. When visiting here, you can expect average temperatures to reach around 0 degrees Celsius. Better grab a sweater, then!

A really interesting feature of Helsinki’s streets is the fact that they use heated granite. That’s because the area is so replete with snow and ice, the slabs would otherwise be extremely slippy – a major hazard!

Believe it or not, the highest point in Helsinki city is actually man-made. It’s a hill in Malminkartano, and it’s roughly 295 feet tall. Worth a walk? 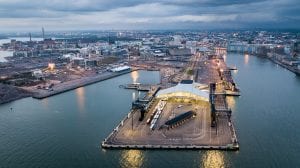 Yes, it’s easy to think that we can all just drink the water around us, but drinkable, healthy quality water varies all over the world. The water in Helsinki is said to be such high quality, it’s a major bottled export.

5.    The Sun disappears from the city for weeks on end.

It’s true – for around six weeks each year, you won’t see the sun in Helsinki at all. It’s truly arctic up here – meaning you probably won’t need to break out the bikini any time soon.

No, seriously – there are hundreds of bridges in Helsinki, around 300, to be exact. These have a purpose, though, as they are used to connect many of the islands around Finland.

Finland is a country that adores music in all its shapes and forms, and thanks to both the Finlandia Concert Hall and the Helsinki Music Centre, locals and tourists will always have shows to go to.

The capital of Finland is full of brainboxes. Helsinki has eight different universities, six science and technology parks, and has historic educational buildings.

9.    Helsinki once hosted the Summer Olympics!

Strange but true, but this chilly capital held the Summer Games back in 1952. They’d probably be better suited to the Winter Games, in hindsight! 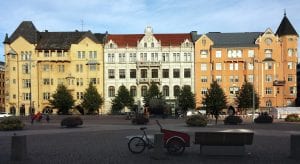 While Helsinki locals will still refer to the city by its given name, it also has the more common nickname of Stadi. This is actually Swedish and means ‘city’. Nice and simple!

Helsinki holds the distinction of being the northernmost capital city in Europe. However, it is not amongst the largest, as it’s barely the third biggest capital in Scandinavia!

The city of Helsinki as we know it today is actually the second iteration. The first, tragically, claimed up to a third of the capital, leaving much to need rebuilding. Carl Engel was the architect responsible for much of the rebuilding, which took place around 1808. 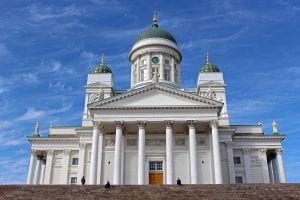 14. Helsinki is also a rainy city.

If you thought London or Manchester was bad for rainfall, then Helsinki may well challenge them. It’s thought the city sees around 120 days of rain each year.

Believe it or not, the city of Turku held the title of Finnish capital, though Helsinki took the mantle from 1812 onwards.

Is Helsinki a safe city?

On the whole, yes. Finland has a fantastic reputation, just look after yourself as you normally might!

What’s the average salary in Helsinki?

You can expect to receive close to €2,500 each month working in Finland’s capital.

That tends to be executive management - meaning you’ll have to climb the corporate ladder for the big bucks!

Do you know any interesting facts about Helsinki? Share them in the comments below!

Are you fascinated with Scandinavia?  Check out these awesome facts about Sweden…