The Hoover Dam is more than just a water blockade named after a US President – millions depend on it for fresh water and energy supply! This magnificent feat of engineering really is astonishing up close – and it’s one of the best-known man-made marvels of the 20th century. Here are a few fun facts about the Hoover Dam to clue you in.

1. The Hoover Dam was a huge undertaking.

The Hoover Dam, which is based between Nevada and Arizona on the Colorado River, took five years to build. The project began in 1931, and was finally complete by 1936 – the handiwork of Henry J Kaiser, Gordon Kaufmann and many talented architects and engineers.

2. It was huge once finished, too!

At the time – by its completion in 1936 – the Hoover Dam was regarded as the biggest hydro-electric power provider of its kind, and it was even regarded as the largest concrete build on the planet at the time, too.

3. Just check out these stats!

It’s seriously huge. The Hoover Dam measures a staggering 221.3 m, or 726.4 feet, tall. They weren’t kidding when they said it broke records! 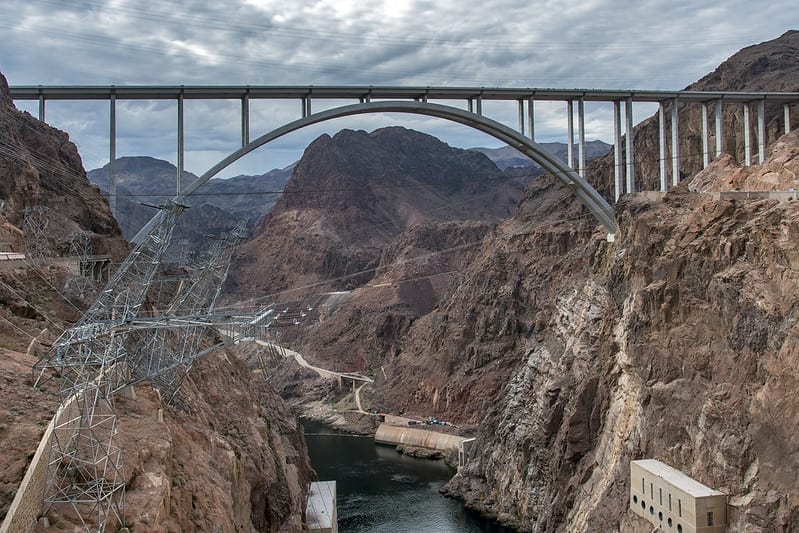 4. It wasn’t cheap to finance, either.

The US government spent more than a pretty penny to get the Hoover Dam up and running. In fact, it’s said to have cost them a loan of around $140 million, total! They recouped this through those who used the dam for energy supplies – it took a 3% levy on all users over five decades to recoup the money.

The announcement that the Hoover Dam had finally been ‘paid off’ came in 1987 – some 30+ years ago!

6. Its power grid extended over the years.

The Hoover Dam started life merely providing hydroelectric power to the state of California. However, this proved to be so successful, its reach was extended to Las Vegas – and they have plenty of bright lights to keep powered!

7. A city was built to help house the Dam’s workers.

The Hoover Dam’s construction was such a massive undertaking, an entire city or community has built to house its construction workers and their families. It became known as Boulder City, and was home to around 5,000 people at its peak.

8. It was closed temporarily after the US entered World War II.

The Hoover Dam was closed to public visitors shortly after the Pearl Harbor attacks. It was shut down in 1941, and only when WWII was over, did it reopen in 1945.

9. Did thirst for water just… go away?

Oddly enough, water consumption from the supply surrounding the Hoover Dam actually reduced over the two decades in between 2002 and 2018 – by 27 billion gallons! 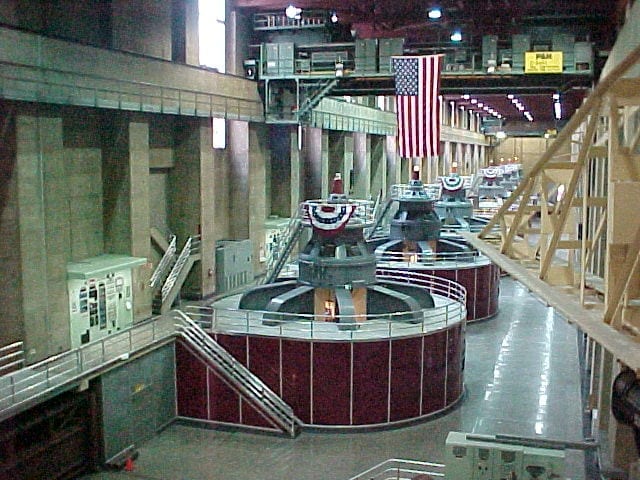 The Dam itself has a tapered design, in that it’s much thicker in construction in the base than it is on top. It’s around 600 feet in thickness at the feet, while it’s 45 feet thick, roughly, at its tips. That’s still mighty thick!

The Hoover Dam was named after former US President Herbert Hoover, who was previously a mining engineer. His name is still widely known now in part thanks to the Dam! It wasn’t opened by President Hoover, however – it was his successor, Franklin D Roosevelt, who declared the Dam open. 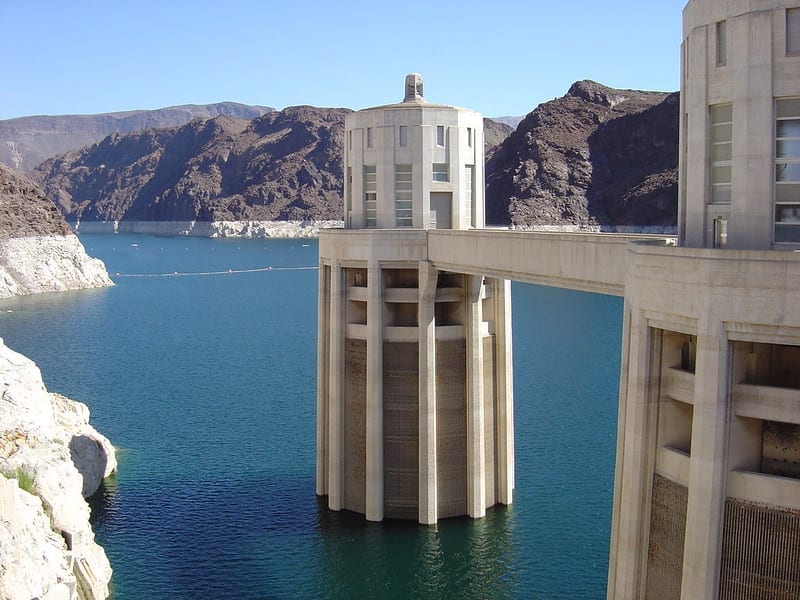 FAQs about the Hoover Dam

How long will the Hoover Dam stay standing?

It’s thought that the Hoover Dam will persist as it stands for up to another 10,000 years!

Is the Hoover Dam still the tallest in the world?

Not any more - Tajikistan’s Nurek Dam now holds that accolade, standing at 300 m, or 984 feet tall.

Were there any fatalities in the building of the Hoover Dam?

Sadly, yes. It’s thought that around 96 people lost their lives during its construction, in many dangerous ways.

Do you know any interesting facts about the Hoover Dam? Share them in the comments below!

This page was last modified on April 5, 2022. Suggest an edit