Hurricanes are deadly, devastating, and fascinating at the same time. They are some of the deadliest natural phenomena on the planet, often tearing across the US and the Caribbean, causing untold damage in their wake.

There are even people who like to chase and record hurricanes and tornadoes – rather them than us!

We’ve run a fact file on tornadoes in the past, and it’s now time we looked at a similar, just as deadly phenomenon. Here’s 16 interesting facts about hurricanes…

1. What exactly are hurricanes?

Hurricanes tend to be some of the biggest and most deadly winds. They generally start in tropical areas out at sea and can sweep inland. They operate through absorbing energy from warm water and can even split off tornadoes as they go.

Hurricanes can be truly massive. They can generally reach up to 800km in diameter!

3. They spin based on location.

The direction in which hurricanes spin will differ depending on where they are in the world. In the northern hemisphere, you will find them turning anti-clockwise, while southern hemisphere countries only witness clockwise cyclones. 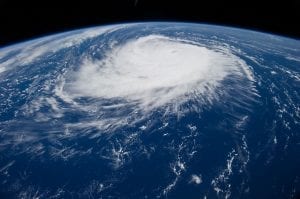 Hurricanes are classified as such when they reach a specific speed. Specifically, a storm of over 74 miles per hour will upgrade to hurricane status. Any cyclones traveling slower than this will either be known as tropical depressions or tropical storms.

5. We’ve been watching hurricanes since around 1900.

Hurricanes were first named and effectively brought into consciousness around the turn of the 20th Century. Specifically, it was a weather forecaster called Wragge who named the phenomenon.

6. They are fast and furious.

Hurricanes can carry some truly intense winds, with some able to reach up to 160 miles per hour.

7. Believe it or not, there’s wind phenomena outside of Earth.

There are hurricanes in outer space. Yes, really! Jupiter, the gas giant famous for its big red spot, has a seemingly never-ending hurricane. That big red dot is actually the hurricane itself. It’s supposedly been spinning now for three centuries, and it is big enough to envelop the Earth.

8. Is hurricane season a real thing?

There is such a phenomenon as hurricane season, which will generally occur between June and November each year. This is when things really start to get humid in tropical regions, and where the majority of hurricanes are born.

9. There’s a scale for grading hurricanes.

There are five main categories of hurricanes, with ‘1’ being the mildest, and ‘5’ being the most devastating. Category ‘5’ hurricanes achieve wind speeds of more than 155 miles per hour! 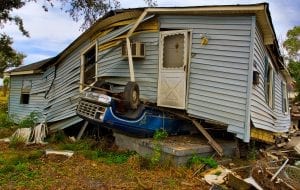 Despite popular belief, hurricanes are actually slowing down when they reach land. As they drive on warm water for energy, they will start grinding to a halt as they travel across dry plains. However, by this time, a hurricane has already done plenty of damage.

However, Hurricane Katrina, one of the most devastating US hurricanes on record, bucked this trend, bringing thunder and lightning along with it.

2005 remains the deadliest year for Atlantic hurricanes on record, with 15 of the storms hitting the region in the space of 12 months. 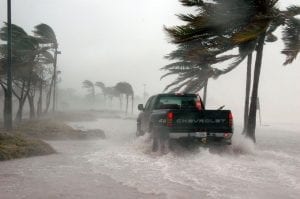 The eye of a hurricane is said to be its safest part, though this is in the middle of the wrapping winds. Essentially, no parts of a hurricane, even on the outside, should be considered ‘safe’!

14. Florida is pretty much the hurricane capital of the US.

Florida tends to feel hurricanes more than any other area of the USA. In any given year, it’s thought that the state will fall victim to around 40% of winds to hit the country – at the very least.

It’s thought that almost two million people have died as a result of rampaging hurricanes over the past two centuries. 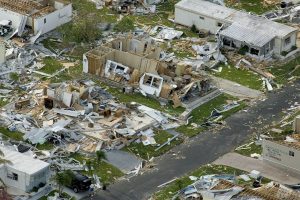 Hurricane Katrina, as mentioned, was one of the deadliest and most devastating hurricanes to ever hit the US. One of the ‘big 15’ across the Atlantic in 2005, Katrina killed more than 1,800 citizens and flooded around 80% of the city of New Orleans. Homes, businesses, and entire streets were destroyed in the chaos and flooding, and it is thought that the total bill for the damage reached $80 billion.

Do hurricane names ever repeat?

Yes - in fact, there is a ‘master list’ of hurricane names that cycles through every six years.

Are there any hurricane names now retired?

In rare cases, such as with truly devastating storms, hurricane names are retired so that it is easier to reference them. For example, there will never be a Hurricane Katrina 2.

Are we seeing more hurricanes now than ever?

Not necessarily - there was a spate of years where we saw lots of different hurricanes in short periods - 2005 and 2012 were particularly devastating - but these periods seem to come and go.

Do you know any interesting facts about hurricanes?  Share them in the comments below!