Which chemical element has no color, odor, taste, and also is a gaseous flammable substance? If you haven’t missed any chemistry classes you surely know the answer- Hydrogen (H)!

Hydrogen is the first element in the periodic table and makes up 75% of the planet we live on. So what, right? It’s not alarming to hear this, but hydrogen can be valuable and also harmful – depending on what it’s mixed with.

Refresh your knowledge from the chemistry lab with these 13 fun facts about hydrogen – they might just be explosive knowledge for you!

Adding hydrogen and oxygen together can produce two outputs – they can form either water or hydrogen peroxide.

The physicist, Jacques Charles experimented with balloons containing mixtures of different gasses and oxygen. One mixture was hydrogen and oxygen. When ignited it exploded with a loud bang.

However, a different mixture of the two gasses also produces water. This famous chemistry equation is 2H2O. It comprises 2 hydrogen molecules and 1 oxygen molecule. Together, they share electrons and form the compound water.

It was discovered that hydrogen is lighter than air and so hydrogen balloons were experimented with. The first was launched from Paris in 1783 and lifted around 9kg.

3. It’s the most common element in the universe.

During the Big Bang, hydrogen was the simplest and most abundant element produced. Unlike other elements, hydrogen has a proton and an electron but no neutron. But what it lacks in neutrons, it makes up in abundance – there are significantly more hydrogen atoms in the universe than any other element. 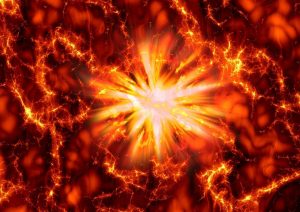 4. Hydrogen can be catastrophic!

Hydrogen can be dangerous beyond just producing a loud explosive sound. In 1937, a reaction between hydrogen gas and oxygen led to the Hindenburg catastrophe that cost the lives of 36 people.

Hydrogen bombs have thankfully never been used in war. However, several countries have tested them. These include the USA, USSR, Great Britain, China, and France.

5. A promising source of “clean” fuel.

Scientists have been developing fuel cell technology to harness commercial electrical power since 1937. It’s a pollution-free energy source that can be harnessed without a dependency on fossil fuels the only byproduct is water!

6. It’s the bomb, quite literally.

Deuterium and tritium are isotopes of hydrogen. When combined they create a helium nucleus that can be used as fuel in nuclear fusion reactors.

About 10% of the weight of all living organisms is hydrogen – mostly in water, proteins, and fats.

8. It’s used in the food industry

Fat and oils – peanut oil, for example – has hydrogen added through a procedure known as hydrogenation. As a result, it keeps food fresh for longer!

9. It gives us floor-to-ceiling views.

For the glass industry to reduce emissions, hydrogen is used as a shielding atmosphere in the welding process for making flat glass sheets. 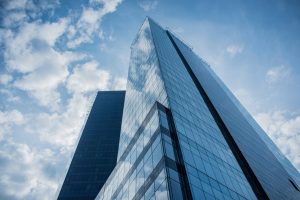 10. Keep your hands well away!

Liquid hydrogen has to be stored at under 240 degrees Celcius and will cause extreme frostbite should it come in contact with skin. You’ve been warned!

11. It makes crops healthy – and nutritious

Through the Haber process, hydrogen is used to produce ammonia for fertilizer. This process uses an iron catalyst at high temperatures and pressure to make the chemical compound from nitrogen and hydrogen gas.

There are currently more than 30 commercial hydrogen fueling stations in California today. The goal has been to add these at existing gasoline stations. Efforts are being followed by Hawaii and other markets as demand increases. 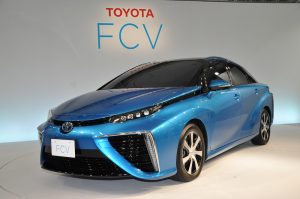 The Toyota Mirai (2014-present), the Honda Clarity (2016-2021), and the Hyundai Nexo (2018-present) are all available in select markets. These cars are called FCEVs, or fuel cell electric vehicles, that use hydrogen. As a result, FCEVs are more efficient than conventional vehicles, and they only emit warm air and water vapor – which makes them environmentally friendly!

Can water be converted back to hydrogen?

Yes, it can! A process called electrolysis can break water down into hydrogen gas and oxygen gas.

Why is hydrogen so important?

Hydrogen is very important to the Sun, which gives life to the planets around it. In its core, hydrogen atoms fuse to produce helium. The byproduct powers the Sun, the output is all the heat and the light it emits that we can see and feel every day.

How did hydrogen get its name?

Hydrogen was first discovered by Henry Cavendish in 1766, but its name was given by Antoine Lavoisier. Hydro-gen, meaning water-former.

Do you know any fun facts about hydrogen? Share them in the comments below!