As part of our ongoing fact files on the states of the USA, we thought it was high time we turned our attention to the Hoosier State, found towards the Midwest of the country. Indiana may not be the biggest state in the US, however, it has just as much interesting history and culture behind it as any other.

But how much do you actually know about this state? Allow us to dive deep into some fun facts about Indiana to help fill in some gaps in your knowledge!

You may already know that Indiana is known as the Hoosier State, and that people who hail from the region are called Hoosiers. However, the origin of the nickname is fairly mysterious. No one is quite sure what the word means! It’s thought that the word may date back to the poem ‘Hoosher’s Nest’ by John Finley, but all attempts to clarify the word otherwise have proven unhelpful.

2. All roads lead to Indiana.

Indiana is referred to by many as the crossroads of America. That’s because the state is home to an incredible amount of interstate highway miles. It has more miles to its general area than any other state in the US, making it one of the best-connected from end to end.

The state is also home to more covered bridges than most – thanks to the 32 bridges in Parke County, the region is known as the capital of covered bridges on the planet.

Many people will also know Indiana as a huge hub for agriculture. It has a reputation for being a mass producer of corn across the US. 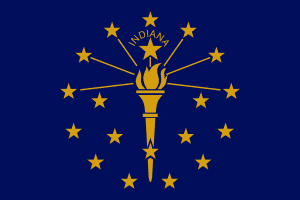 Indiana is also seen as something of a cultural hotspot, with the capital, Indianapolis, offering a huge array of museums and galleries.

Indiana’s name is, perhaps unsurprisingly, derived from a phrase meaning ‘Land of the Indians’. This refers back to when Europeans first started arriving in North America.

The state is home to the oldest magazine in the US – at least, that’s what the Saturday Evening Post is proud to tell you.

There are many, MANY famous Hoosiers. Amongst them are Michael and the Jackson family, musicians Adam Lambert, Deniece Williams and Axl Rose, actors James Dean and Shelley Long, and TV chat show stalwart David Letterman.

8. This collection deserves a (dark) knighthood!

The state is also proud to be home to the biggest collection of Batman memorabilia on the planet. Hoosiers have Kevin Silva to thank for the accolade, as at last count he amassed more than 2,500 different items dedicated to the Caped Crusader. Silva holds the Guinness World Record, with some truly curious bits and pieces in his collection.

9. There’s ups and downs out here!

The highest point in Indiana is up at Hoosier Hill, measuring 1,257ft, while the lowest point is down in the intersecting Ohio River, at 320ft. 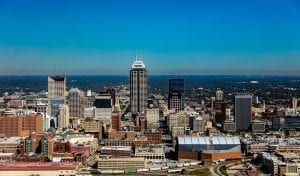 Indiana was home to the very first professional game of baseball. It took place in May 1871, at Fort Wayne.

The state also boasts the biggest Christmas tree in the world – The Circle of Lights – which boasts more than 4,780 individual lights. That’s got to be an ordeal to check if one bulb goes out!

12. The corn here is incredible.

Indiana really isn’t kidding around when it comes to corn. It’s thought that around half of all cropland each year boasts at least some form of the produce. Unsurprisingly, much of the world’s popcorn emanates from the state, too. 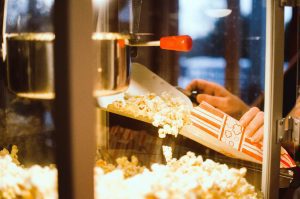 The state has had two main state slogans, including ‘Enjoy Indiana’ and the more imaginative ‘Restart Your Engines’.

Indiana was the 19th state to join the Union and did so in the December of 1816. As a result, there are 19 stars on its state flag.

It’s thought that the most devastating tornado ever to hit the US tore across Indiana. The storm in question sped across Missouri and Illinois, too – and it is thought to have claimed the lives of around 695 people in March 1995. 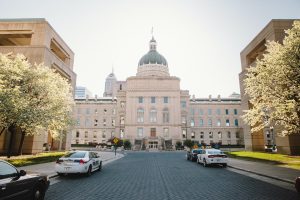 The state is home to the colossal Indianapolis 500, one of the largest motor races on the planet.

Indiana was the first US state to benefit from electric streetlights back in 1880.

Indiana is also stated to be the home state of comic cat Garfield, though creator Jim Davis avoids mentioning this in the strips as he wants readers to believe the cat’s adventures could take place in their own hometown. 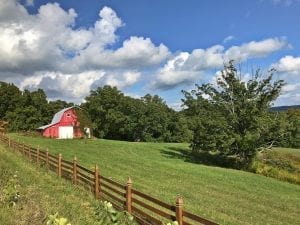 Indiana is famous for its motor racing, its baseball, and its corn!

Quite mild! Their seasons are never too hot nor too cold.

Zionsville remains the richest city in the state - just shy of Indianapolis.

Do you know any fun facts about Indiana?  Share them in the comments below!

This page was last modified on December 4, 2021. Suggest an edit