It’s not possible to visualize the scientific world without thinking of Sir Isaac Newton. He was the first scientist who explained why objects fall towards the ground. Here’s some more fun facts about Isaac Newton for you to learn:

1. Newton was a Lincolnshire native.

Isaac Newton was born on the January 4th, 1643 at Woolsthorpe Manor House, in Lincolnshire, England. Isaac arrived early; an estimated 11 – 15 weeks too early. Therefore, he was not expected to survive as a baby.

2. Did the apple really strike Newton on the head?

You have probably heard of the apple story, where the fruit supposedly struck him on the head and made the light bulb moment about gravity. However, this didn’t actually happen. According to Newton himself, he merely saw the fruit drop from looking out his window. However, certain Newton scholars dismiss this theory too.

3. He stayed out of politics.

Although Isaac was a genius, he was not a politician. He only spoke up once in his year as a member of parliament, and it was to tell someone to close the window. 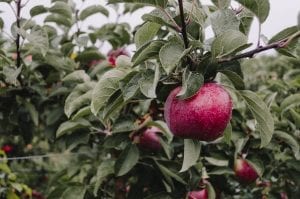 4. What’s the deal with Newton’s dog?

It’s believed that Isaac Newton’s dog set his laboratory on fire, destroying 20 years of research along with it. However, some historians believe this never happened and that he never owned a dog.

5. He was obsessed with the apocalypse.

Isaac Newton spent a lot of time studying about the end of the world. He concluded that the world would not end any sooner than 2060.

6. He sometimes struggled with speaking.

Newton was a stutterer, along with some of the world’s most historical figures such as Charles Darwin and Winston Churchill.

What’s more, due to his shy and quiet nature, Newton was bullied at school.

Isaac Newton had won a four-year scholarship to Cambridge in 1664. However, his education was interrupted by the bubonic plague of 1665.

8. He didn’t get the markets quite right.

Although Isaac Newton invented calculus, he was not a very smart investor. He had lost £20,000 (worth more than £3 million now) on a South Sea company.

9. He struggled with mental health and took on odd experiments.

Isaac Newton was known for his eccentric behavior later in life as he had suffered a nervous breakdown. When Newton’s hair was analyzed in 1979, large amounts of mercury were found present (most likely due to the number of alchemy experiments he had conducted). However, some believe that Newton had never lost his hair and did not have bleeding gums, which are two important symptoms of mercury poisoning. 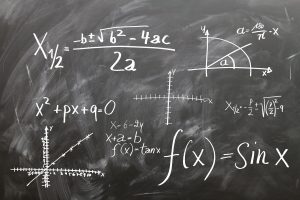 10. He was recognized by the monarchy.

He was knighted by Queen Anne in 1705, for his influential book on physics, “Philosophiae Naturalis Principia Mathematica”, making him Sir Isaac Newton.

Newton was only the second scientist to be knighted. The first was Sir Francis Bacon.

What was Newton’s IQ?

Isaac Newton’s IQ was said to be around 200 - nothing short of a genius even by today’s standards!

Did Newton believe he unlocked the meaning of life?

In some ways, yes - Isaac Newton is said to have thought that he alone could understand the meaning of God’s work - some claimed he was an egomaniac!

What is Isaac Newton’s biggest achievement?

Isaac Newton’s biggest achievement is likely to be the discovery of gravitational theory - he paved the way for scientific and engineering research for centuries to come.

Do you know any fun facts about Sir Isaac Newton? Share them in the comments below!