Karate is an ancient martial art with incredible roots! It dates back to the ancient east, and while many people will assume it to be a form of fighting that’s largely used in self-defense, it’s actually great for helping to manage the mind as well as to develop a sharper sense of focus in everyday life, too. Karate became a huge deal in the west, too, in the 20th century, largely thanks to movies and TV shows picking up on the art.

However, karate is often a very misunderstood martial art. Many will confuse it with judo or tae kwon-do, both of which are two very different forms of martial art and defense. Therefore, if you’re new to the art and want to learn more, it is well worth remembering that it can often be commonly confused! We’re going to take a close look at how much of a mark karate has made on the world as well as history in general, and why it’s well worth you working your way up the Dans and Belts. Here’s a stack of fun facts about karate to enjoy… 気合!

1. Where does the word karate come from?

2. It’s been around for centuries.

Karate was formed as a means of self-defense by the islanders of Okinawa in the 17th Century.

3. It evolved from other arts.

Several variations of martial arts exist and were formed in Asia. In Okinawa, this was prompted as the use of weapons was forbidden but invaders were met with organized warriors, who had trained to use their hands for combat. 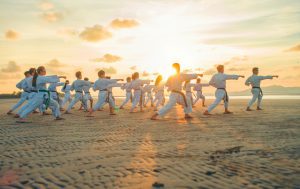 4. It’s splintered off into different styles.

Three of the main forms of karate originated from the style of ‘Shorin-Ryun’, which comes from Okinawa. They are known as ‘Wado-Ryu’, ‘Shotokan’ and ‘Shotokan’.

5. Becoming a black belt takes a lot of work!

It can take up to seven years of intensive training to become a Black Belt in karate. This, in the mainstream sense, is seen as the highest level of mastery in the martial art.

Many people, however, can become Black Belts even quicker. It’s all a matter of practice!

In some cases, Red Belts are seen as the highest level of skill and expertise. It can vary from area to area.

The film ‘Enter the Dragon’, released in 1973, starred Bruce Lee and John Saxon, who was a black belt in karate. The film broke box office records and several films featuring martial art followed. It created something of a fever for martial arts in the 70s!

Karate has its own unique uniform. This is called a Gi, and while they are traditionally white, they can vary in different colors and styles all over the world. There are no exact palettes!

Karate is also advocated as being beneficial for children with ADHD. It’s seen as a great opportunity for kids to use excess energy in a positive way! 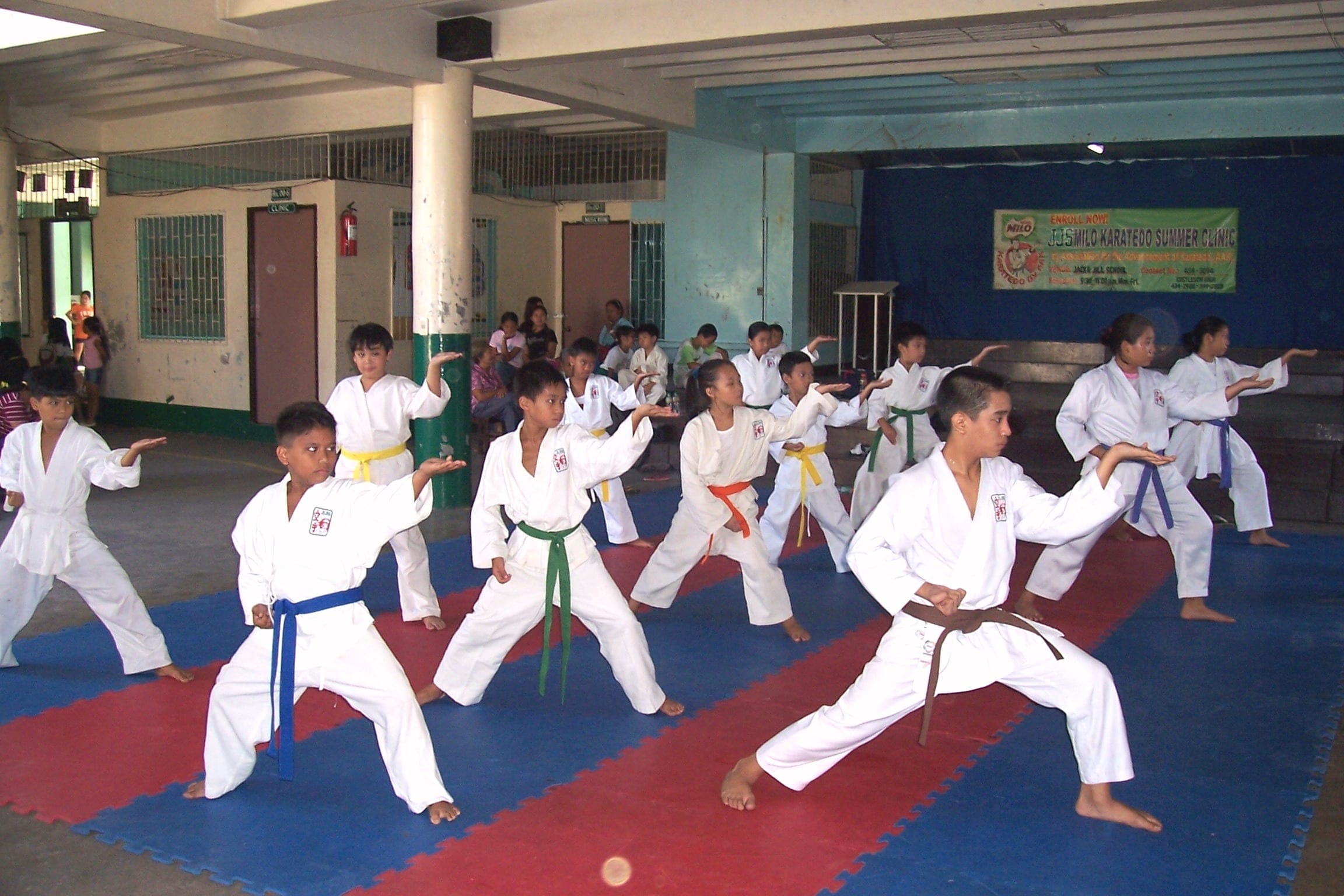 Karate is fantastic exercise for the cardiovascular system as well as for the limbs! It’s also great for brain training, as there are lots of movements to consider.

Elvis Presley, the King of Rock n’ Roll, progressed through the ranks to become a Black Belt in karate.

Bowing in karate is a mark of respect and often accompanied by the word ‘onegaishimasu’, which means ‘please’. It’s often used in the context of ‘please teach me’, directed at an Instructor. 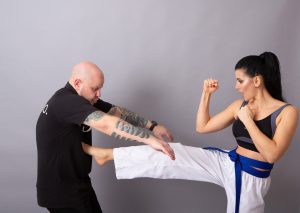 13. Plenty of famous people have belts.

Other famous martial arts experts include Guy Ritchie, the movie director. He is a Black Belt in judo, having started learning karate at seven years old.

Karate isn’t just great for self-defense – it’s a brilliant way of building strength and agility, too.

Belts are measured in degrees, or Dans, as well as colors. For example, you can become a 10th Dan Black Belt to be considered the very best.

In fact, there is a name reserved for those who reach 9th and 10th Dans at Black Belt standard. These are referred to as Hanshi – which is the highest honor you can receive while studying the art. 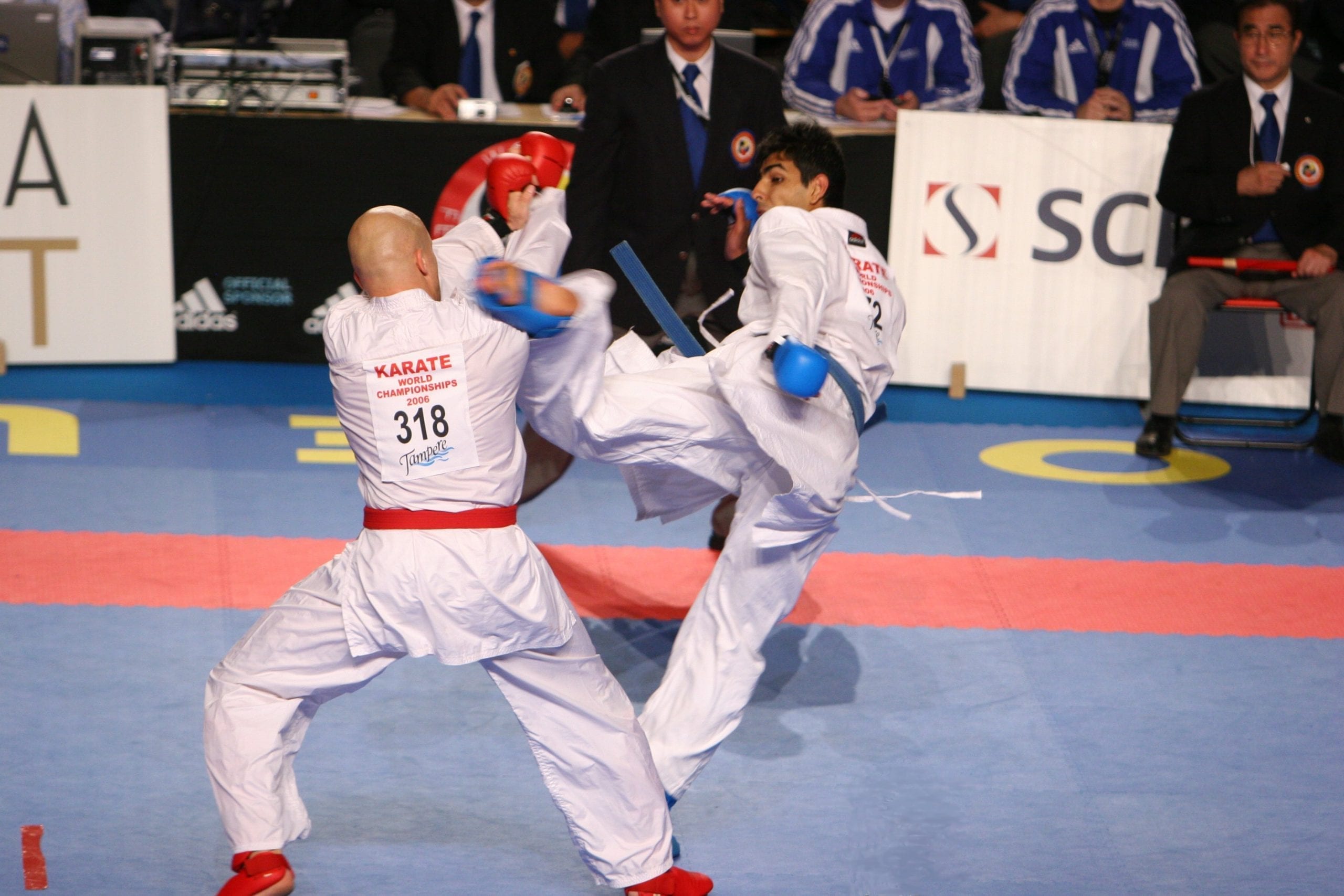 Dojos are areas in which students learn about and practice karate. The very first US dojo wasn’t opened until 1945!

However, there’s no strict rules in place regarding dojos. You can even set up a dojo at home – providing it is a place in which you learn karate at your own speed!

Is karate actually a martial art?

Weirdly, in some definitions, it’s not - it’s actually civilian defense.

Can a boxer beat someone who practices karate?

It’s likely - but would this match-up ever happen?

What is the least effective martial art?

Karate’s not down there - but sumo and tai chi likely won’t win you many battles!

Do you know any fun facts about karate? Share them in the comments below!